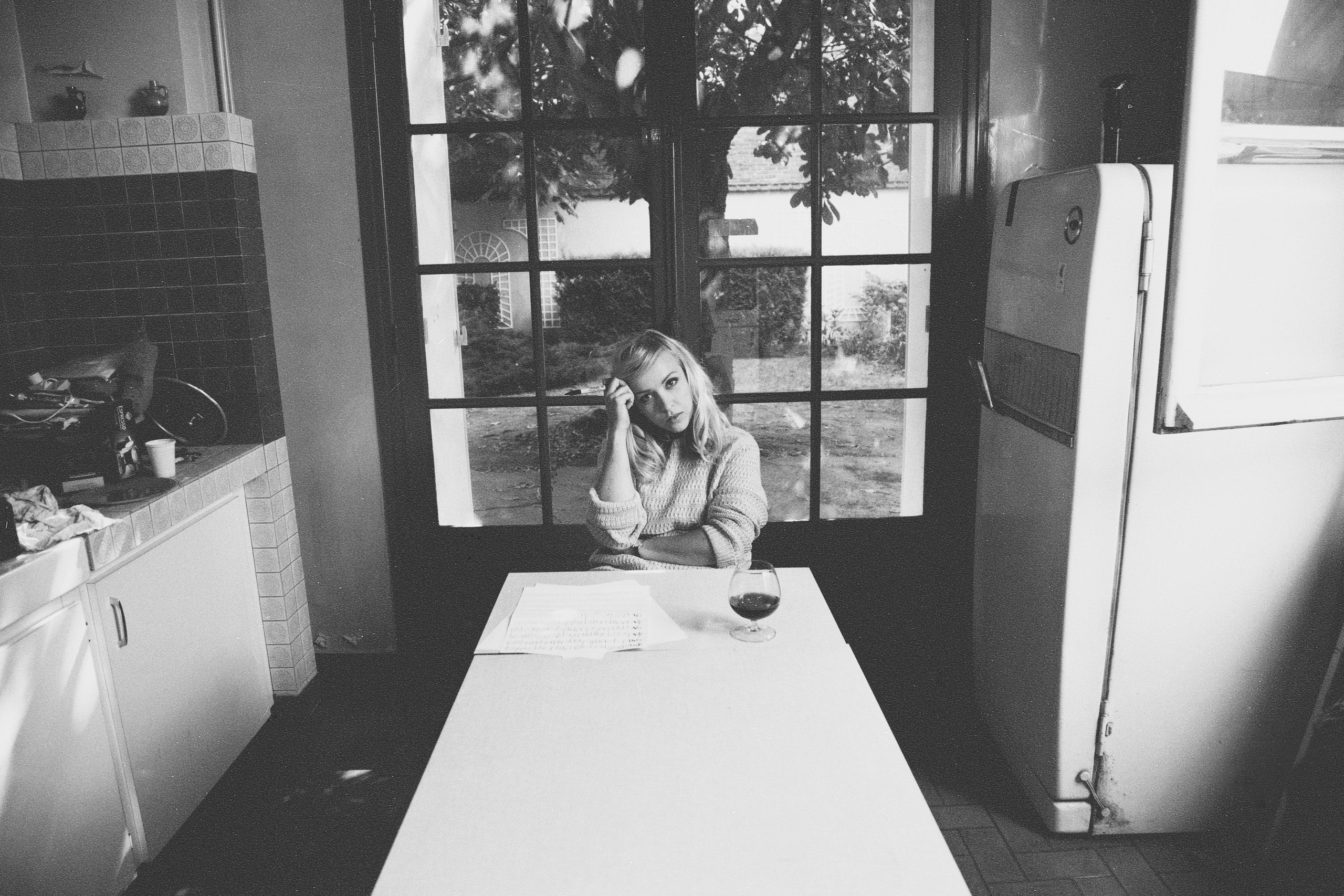 Stella Le Page recently changed her name — well, her stage name. After three years of being stonewalled by her label and not releasing any music, she wanted to take control of her career. She tells me Universal was trying to make her into someone she wasn’t. “They’d say, ‘Oh, we think you should do another song a bit more like (1)https://en.wikipedia.org/wiki/Rhianna_(singer)),’ which was frustrating because I’m not Rhianna,” says Le Page. So she left.

Since 2016, Le Page has been putting out music independently under her new name, Beau Corbeau, which is French for “beautiful crow,” and touring with the classical musician Chilly Gonzales. She released her full-length album, * (2)*, last March on Bandcamp. Inspired by the book *Lettre d’une inconnue* by Stefan Zweig, the album delves into feeling rejected and going unnoticed. In November, she released the one-hour mixtape *And Now, Can You Hear Us?*, a compilation of songs by her greatest female inspirations, like Alice Coltrane and Patti Smith. Le Page’s music is half-pop-synth, half-acoustic. Dance tracks that double as lullabies. Her voice reverberates, and the ethereal yet punchy tones remind me of a more upbeat Lana Del Rey, who once called herself the “gangsta Nancy Sinatra.”

Born in London, Le Page began studying cello at the age of six. She continued to play in high school and went on to study the classical cello at the Royal College of Music. But after graduating, she realized she didn’t want to stay in the classical world. She started to sing backup on other people’s tracks, for bands like Chateau Marmont and Glass Figure. Moving toward pop and gaining more confidence in her singing abilities, she decided that she wanted to take the leap and start recording and performing her own songs as a solo artist.

Meeting Gonzales brought Le Page back to the classical world. After Gonzales heard “Neptune” from *Chansons d’une inconnue*, which sampled the classical song “The Planets” by Gustav Holst, he asked her to come into the studio and record cello for a project he was working on. It wasn’t long until he asked her to perform with him. At the end of March, Le Page will begin (3). I spoke with her over Skype about impostor syndrome, performing in front of sold-out crowds, and the benefits of the Internet for an independent artist.

**Tatum Dooley:** Since leaving Universal, are you looking to sign to another label, or do you want to stay independent?

**Stella Le Page:** No, I’m going to be a complete rogue now. I’ve been so put off by the industry time and time again. It’s so detrimental to any kind of creative process. I’m tired of a world where you’re under the control of other people, especially men. I want to be free, and if I don’t achieve any kind of success or financial gain, it’s not important. That’s not why I do the songs anyway. I won’t say never, but for the time being it’s not something that I’m aiming for.

I think there’s a point, whenever you’re invited into this world, you really think that it’s going to take you places, and in fact it can be extremely soul-destroying. But thanks to the Internet, there’s another way.

**TD:** What platforms on the Internet have you found to be the most useful?

**SLP:** I signed up with SoundCloud because I used to do a lot of covers of songs and it’s the best way to upload and to build a little following. But recently with Bandcamp, I’m able to sell my music as well.

**TD:** I’m obsessed with your mixtape, (4). It shows that you have a wide musical interest in different genres and languages. How would you describe your sound?

**SLP:** Whenever anyone asks me what kind of music I make, I never really know what to say because each song seems to have its own little world. I listen to so many different types of music, and I think that’s quite important in creating your own sound. If you’re just listening to one thing, I think you conform to everything else in that genre. I hope that it comes across that way.

**TD:** In the description of your mixtape, you write “Less than 5 percent of all producers and engineers are women … and it’s long been something that has angered and frustrated me.” Aside from singing and writing songs, what other roles do you play in making your music?

**SLP:** I do everything. I don’t involve anybody because the minute you involve somebody, you lose that little bit of control. I record, I produce, I mix and master. I would rather have it be amateur than have some man stamp his feet on it. And I’ll learn. I’ll get there someday. I’m trying to read up on how to mix and get better. I want to show other people that it’s possible, that you don’t have to go into a studio with three guys behind the desk.

**TD:** I saw Chilly Gonzales in concert last time he was here in Toronto, and it’s not an exaggeration to say it moved me. His performances are so visceral. What’s it like to be onstage for that?

**SLP:** It’s been pretty terrifying. There’ve been a few breakdowns. But I’m learning to accept that he’s invited me, so I deserve to be there. But it’s still: The guy plays to sold-out audiences all the time, and to be invited onstage is pretty nerve-wracking.

**TD:** What makes it nerve-wracking?

**SLP:** In my mind, I’m thinking, Oh, everyone’s paid to see him, they’re not paying to see me, so it’s a lack of self-esteem. I don’t want people to be annoyed by my presence. I’m getting more used to it, but it’s difficult because he’s a great, talented artist, and it’s a different level of playing. So there’s pressure.

**SLP:** Yeah, I was reading about it today, and it was fascinating because it just felt like … that’s really it.

*Tatum Dooley is a writer from Toronto.*