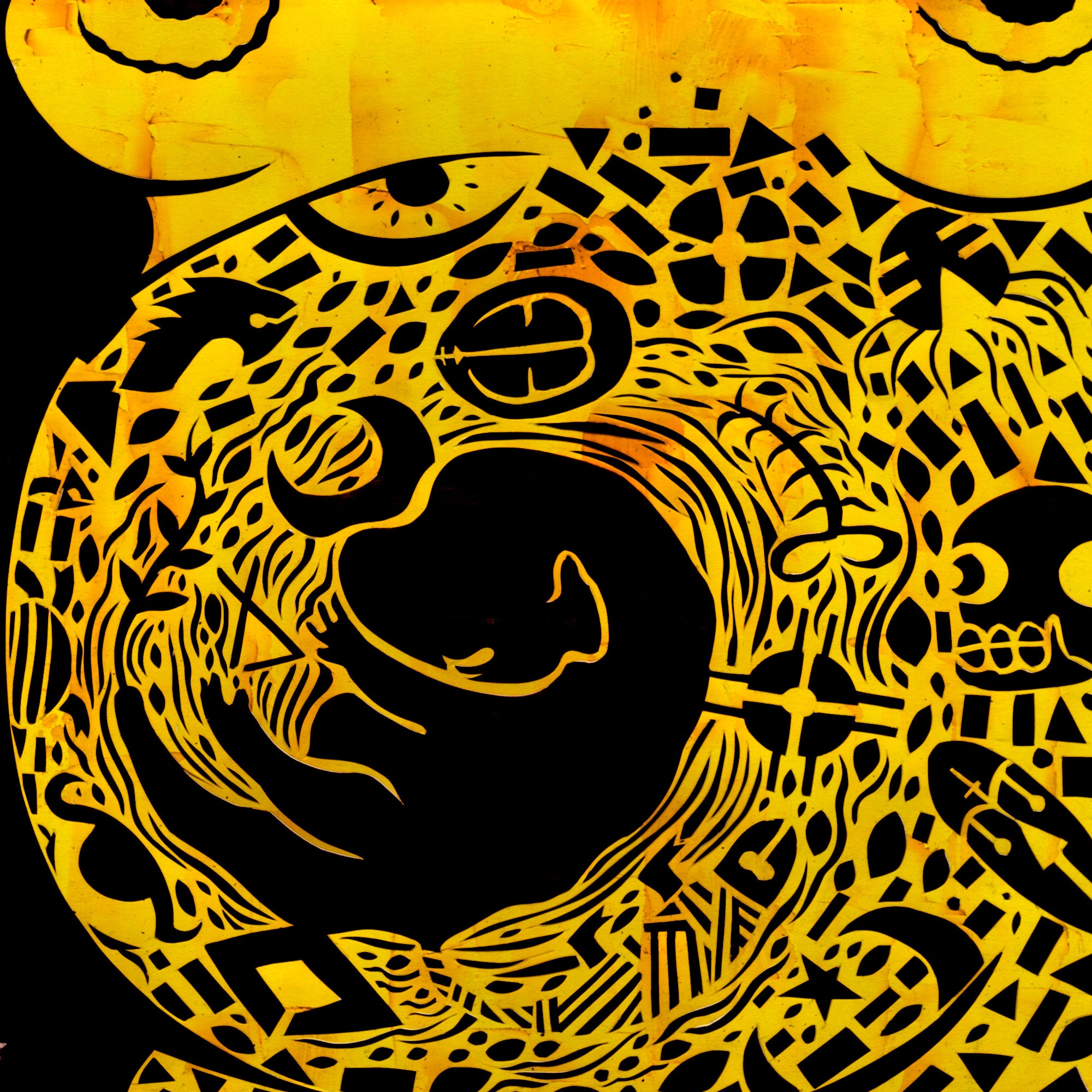 My favorite picture book when I was three years old was called *Where Did I Come From?* It was a big cardboard book, with the title question written in large, black letters across the front. Inside, a comically oversized sperm cozied up to a cartoon egg, dressed in heels and with the false eyelashes of a young Dolly Parton. There were more realistic drawings, too — of white women’s bodies at different stages of pregnancy. And then, near the end, was the miracle of birth, complete with a baby’s head crowning. A few years later, when it became available at the local library, my mother rented a birthing documentary for us, too — a 40-minute video of, again, a white woman laboring, legs spread, a very muddled process happening below. I don’t think there was ever a time when I didn’t know about birth. My mother, good second-wave feminist that she was, did not believe in keeping any secrets about bodies or life or death.

In the years since then, I’ve maintained my fascination with birth. But the experience depicted in that picture book — taking place in some other country, where class and blackness appeared not to exist — seems like an incomplete education. The situation for black women giving birth has become grim. By all accounts, this country is in a crisis concerning black maternal health. In the United States, between (2). This means that women in America are more likely to die in childbirth than women in the rest of the developed world, and (3). This likelihood appears to be influenced by, but not necessarily connected to, income. In the spring, the Internet, or at least the corner of it that I frequent, was transfixed by the stories that Serena Williams and Beyoncé shared of their birth experiences. Both women spoke of the danger they faced. “It’s like that, even for them,” so many women I knew wrote to one another. For many of us, these two women are avatars of what we believe we could all accomplish if we didn’t have this weight of racism and sexism and classism and wealth disparity around our necks. Even Serena and Beyoncé, with all their beauty and wealth and fame — women whose very careers are built on understanding their own bodies and performing in top physical condition — couldn’t break this ceiling. It was and is chilling.

Traditionally, coverage of black women’s health assumes that the fault lies in us. Our bodies are always going wrong, according to the wider culture. Too fat, too black, too muscular, too sexual, too old, too young. But, of course, in reality, the mortality rate is linked directly to the environments we live in and the care we receive. One of the main causes of this, unsurprisingly, appears to be the stress of living in this racist, sexist society. Kiera Butler, writing in *Mother Jones*, (4). As Butler writes, “Scientists have known for decades that chronic stress can activate the cascade of hormones that kick-start labor. Everyone experiences stress, of course, but researchers think certain kinds of stress are more insidious than others.”

In September, Senator Kamala Harris introduced the Maternal Care Access and Reducing Emergencies (CARE) Act, a bill that would allocate $40 million in funding to train doctors to avoid making racist medical decisions and set up a program to improve prenatal care as well as reduce pregnancy injuries and complications. This is necessary, but as I thought about it more, I became interested in learning where black women were already responding to the threat, building a resource on their own. We’ve done it before, for nearly every seemingly impossible obstacle put before us. I knew that somewhere, black women were probably already doing the work for themselves.

I started with the (5), which was held this past September in Brooklyn. The conference is focused around researchers, doctors, doulas, and midwives who are concerned with birth justice. The birth-justice movement, in the words of the organization (6), “aims to dismantle inequalities of race, class, gender, and sexuality that lead to negative birth experiences, especially for women of color, low-income women, survivors of violence, immigrant women, queer and transfolks, and women in the Global South … It involves challenging abuses by medical personnel and overuse of medical interventions … It includes the right to choose whether or not to carry a pregnancy, to choose when, where, how, and with whom to birth, including access to traditional and indigenous birth-workers, such as midwives and doulas.”

One of the speakers at the conference was (7), a doula and oral historian who has been collecting the narratives of midwives and pregnant people’s birth stories. We meet a week after the conference, at her home in the Bronx, where she lives with her two children. The youngest, her daughter, occasionally lends her voice to our conversation, calling conversationally in baby talk from the other room. Nicole tells me that she was interested in pregnancy and childbirth from an early age. “We had a next-door neighbor who worked for the foster-care system, and she constantly had new babies coming in and out. I loved going over there … I wasn’t into Saturday-morning cartoons like my sisters were. But what I did like watching was TLC’s *Maternity Ward*.”

With her first child, Nicole was excited about the possibility of labor and childbirth. When her doctors scheduled her for a C-section, “I couldn’t help but wonder … What is this about, you know? Why am I just being put on this list to have a C-section?” she recalls. “Around that same time, at least three of my friends were also pregnant, and they all had C-sections, too. We were all young, we’re all black. Most of us were in the Bronx … there was more to why we were not receiving the support.”

After her experience, Nicole studied to become a doula while also pursuing her master’s in oral history. She is interested in “how we pass the stories down from our parents and their parents.” She describes the image of sitting at the feet of an elder, receiving information about who came before you, how we’re connected. Her oral-history practice is concerned with how birth has changed for women of African descent. “My hunch was that with the separation from traditional midwifery, we’ve also separated ourselves from the knowledge of how to care for ourselves and each other during pregnancy or in childbirth,” she says. She connects this separation to the frequency of C-sections and traumatic births among black women.

Nicole has also noticed the change in attitude toward midwives and home births. In previous generations, home birth was “a perfectly viable way to birth your baby,” she says. But now home birth is seen as risky. “So we have to wonder how much of this new thinking is being influenced by the way society has demonized traditions that are ours. That are … very African, very black, very of color,” Nicole says.

“It’s something that I think about at every birth that I attend as a doula,” she says. “This history that so many people are trying to reclaim. When I step into these spaces, I feel as though I am privy to this connection . In many ways, I believe that I am imparting some of that information on women and families.”

This deep connection and understanding of the cultural importance of birth practices in African American communities can be overlooked in midwifery training. A few days later, I speak to (8). Efe trained as a doula for five years in Texas before moving to Brooklyn, where she continued her training. Less than two percent of women graduating from midwifery programs are women of color. One of the major barriers for black women is the cost — midwifery programs cost thousands of dollars, as opposed to doula programs, and midwives are subject to more state regulations and control. And midwife courses are not covered by educational loans, meaning students have to pay for them out of pocket. This leaves us with a larger culture of midwifery that is disconnected from the birth-justice movement and the discussions black women and women of color raise.

In her experience, Efe explains, “the average white doula practice will serve an upper class. It is something that the wealthy will do in terms of hiring help … they’re just talking about comfort measures.” These doulas will only attend the birth for a few hours, or will be paid hourly. A full-spectrum practice, which Efe is training for, and which most black organizations train for, is more comprehensive. “The reproductive-justice framework is focused more on considering what that person’s life is going through,” Efe says. “We see clients at Rikers. We see clients in shelters. We see clients who are addicts. We see low income. We see high income. It’s the full spectrum of whatever that client may be, including attending abortions, miscarriages, and stillbirths.”

For Efe, the decision to become a midwife is mirrored in her family history. “I … have ancestral midwifery in my bloodline. My grandmother was a midwife, as well . So, for me, midwifery is in my bones, not necessarily just what I do to make money.”

She explains, “I actually didn’t know that was a midwife until I had already applied for school. My father was like, ‘Oh, you know my mom did this.’ I was like, ‘You never thought to tell me that?’ Then my mom was like, ‘Well, everyone was a midwife in that way. Not what we consider like today, but everyone participated in birth as a woman in the village.’ ”

For (1), a family connection also led to work as a doula: assisting with her cousin’s birth. Sabine is more recent in her training — she’s been working as a doula for about a year.

Sabine tells me about the most recent birth she attended. “When I first met this client, she had this provider that she was like, ‘Yeah, he’s OK.’ I started asking her questions. ‘So, you’re OK with not being a complete fan of the person who’s gonna help you deliver your baby?’ Just asking very basic questions helped her understand, ‘I have a right to enjoy the person that supports me in the delivery of my baby.’ ”

“She was able to have just the exact birth that she wanted,” Sabine said, which ended up being a home birth. “She just labored in the streets … She was walking and all the neighborhood aunties were calling, ‘You got this, girl! She’s about to come!’ ” This was in Crown Heights, one of the neighborhoods with the highest rates of pregnancy complications and mortality in the city.

“That’s what people of color should have access to,” Sabine says. “Imagine if everyone gave birth like that, active laboring, in the streets, with a supportive community like that. That’s beautiful.”

*Kaitlyn Greenidge is the author of* We Love You, Charlie Freeman. *She is at work on her second novel, about black women’s health and liberation during Reconstruction*.