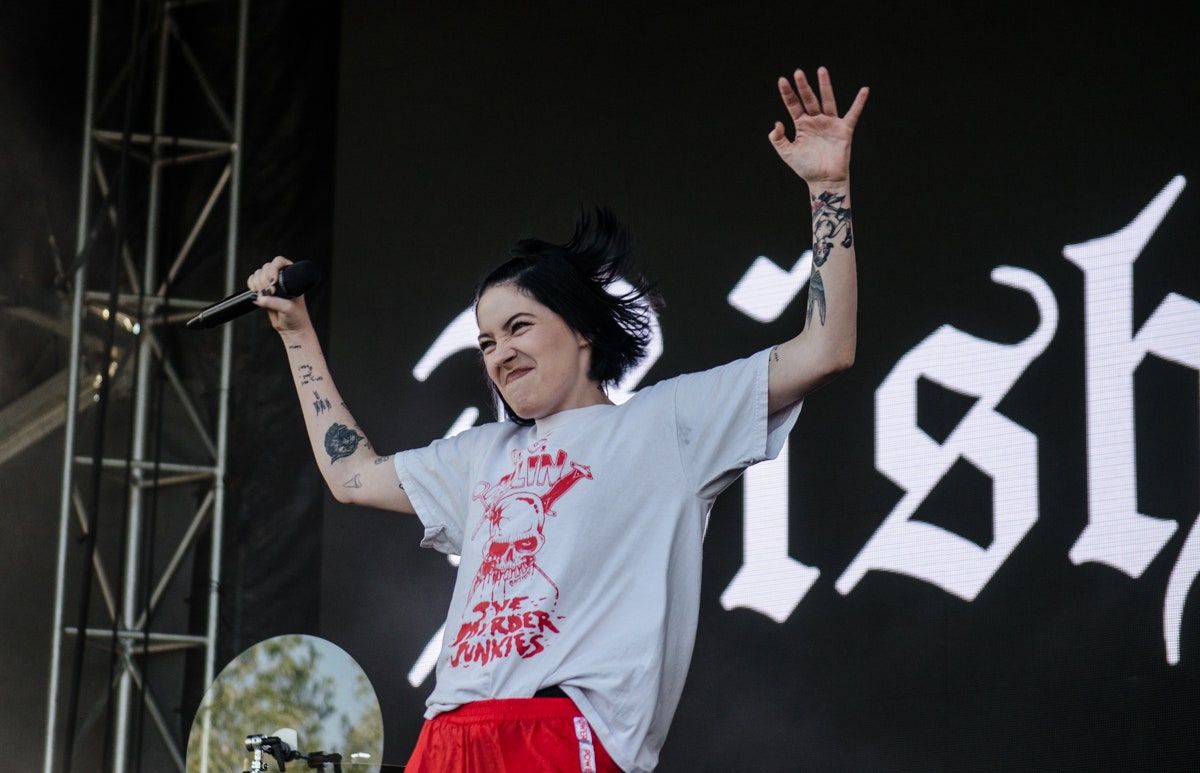 Bishop Briggs has performed on the * (1)*, opened for Coldplay on a stadium tour, and played a slot at Coachella all before the release of her debut album. But when speaking to me at (2) in Denver, the 26-year-old blushes and throws her hands over her face when mentioning an upcoming gig in Scotland. Her entire extended family will be there, and while she’s not exactly nervous, she’s emotional that this will be the first time her aunts and uncles see her perform on a big stage.

“I know they’re going to be waving,” she tells me. “I can’t wait. I set up a separate meet and greet for them. It’s going to be like a wedding, we’re going to take photos. I’m making jokes about it because if I don’t I’m going to cry. So many of them have been supportive of me my whole life.”

It’s a gratitude-laced attitude that Briggs has been careful to cultivate. She might idealize Wednesday Adams’ morose, straight-shooting personality. (So much in fact, she’s planning on adding the Goth heroine to her collection of tattoos.) But in person, Briggs is bubbly, ready to turn our chat into a rapid-fire exchange of ideas, and making declarations in a tone that suggests exclamation points are tacked on to every statement.

Since the release of her first full length album *Church of Scars* in April, Briggs’ schedule has only escalated. The album plays on the strengths of her first singles, its 1990s-reminiscent production and rock blues never overshadowing her powerhouse vocals. She’s still a commanding presence on lead single “White Flag,” ominously singing, “Promises broke again, what a sin/But it only feeds my energy/So don’t expect no sympathy.” But on tracks like “Water” she takes a softer approach to the trials of love with lines like, “Lately I’m mistaking honey for the bees/Having trouble sleeping with you next to me.”

It’s that willingness to openly explore emotions that’s carried through her newest non-album track “Baby.” Across the electro pop single, Briggs praises her lover, who’s got a “fucked up head, but it doesn’t matter because he’s so damn good in bed.” While playing the track for her family was awkward (“We weren’t one of those families that talked about that stuff,” she says, blushing at the memory. “They are these sweet Scottish Catholic people!”) she’s proud that she’s created a conversation starter.

“I started writing a song that I would probably just share with my girlfriends,” she tells me. “It was silly and quirky. So, to be able to release it feels like a whole other level of excitement too. Men talk about their sex lives all the time. I wish more women would do it. That’s what you talk about with your friends.”

Briggs often mentions wanting to change the world, calling it one of her bucket list items. But her earnest declarations are backed by action. She’s not just writing songs (although there’s plenty of that too), she’s actually trying to use her art to push ideas forward. Which is why she jumped on the opportunity to collaborate with A.R. Rahman on the song “I Am More,” the theme of the upcoming film * (3)*, an indie drama about sex trafficking.

“I saw so much growing up,” Briggs says. “I grew up in Japan and Hong Kong. It sounds very luxurious. But where you go to holidays is Thailand. It’s an hour flight. I would see young Thai girls, six or seven with men that were about 55-years-old. I remember from a very young age having a deep understanding of what’s going on and feeling extremely helpless. It’s just a whole world that people don’t know about. Or they do and don’t want to talk about it.”

Briggs realizes it’s a small contribution. But therein lies another truth the singer holds dear. Art is a powerful force, able to connect both families and strangers alike.

“I love that I can talk about it,” she says, smiling. “Just having the outlet. Because I know what can come of it.”