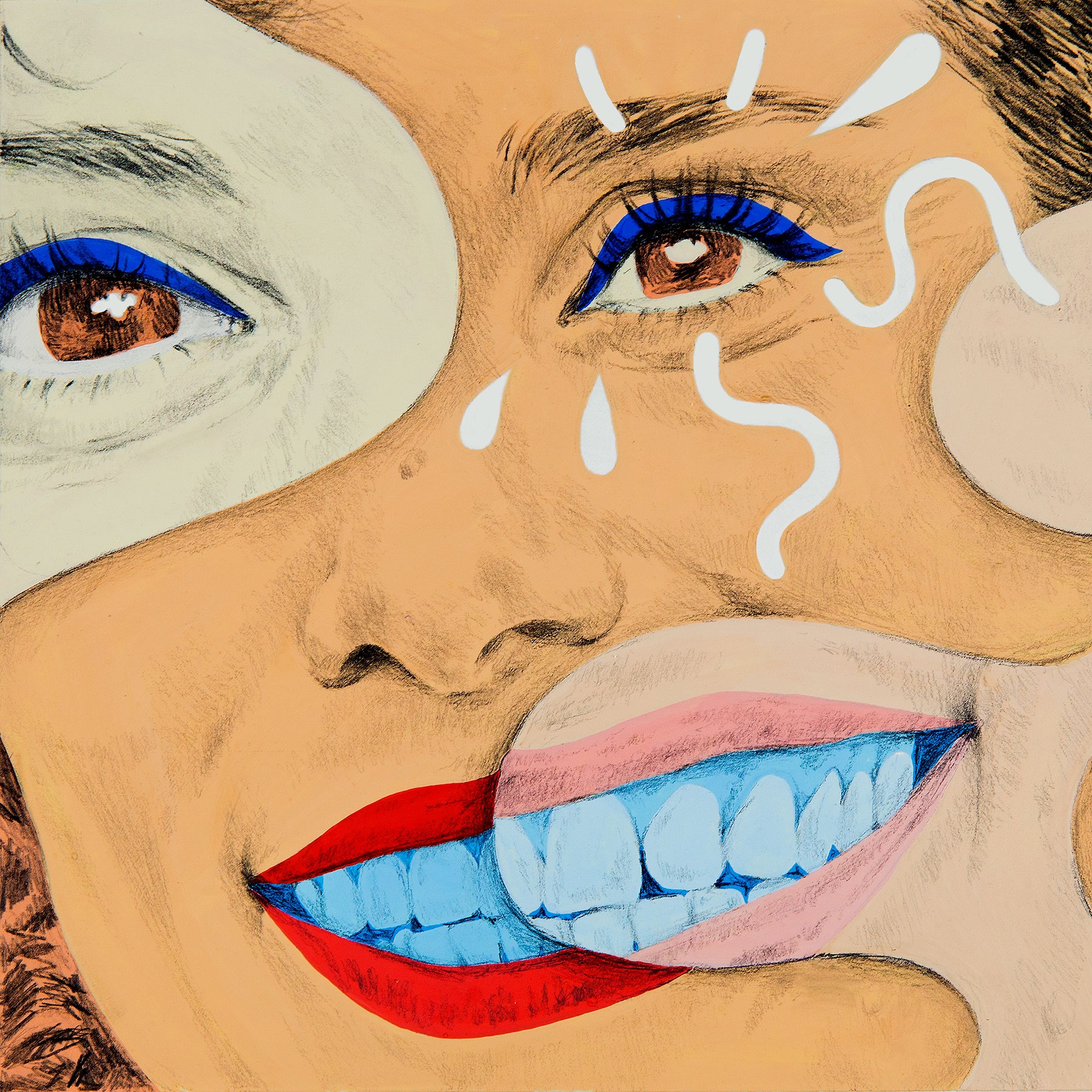 You’ve never met at an astrologer like Chani Nicholas before. In these uncertain and often terrifying times, Chani is here to help chart our path forward. In addition to her radical approach to self-care, boundaries, and letting go, her horoscopes are politically charged and deeply pragmatic. While other astrologers offer tips on the best days to find love or schedule plastic surgery (if only!), Chani nudges her devotees into fraught emotional territory, urging readers to examine their wounds and to confront themselves — their flaws and dormant talents alike. Her horoscopes tell us to do the messy, imperfect work of trying to be better, not just for ourselves but for each other. I will often read the whole zodiac to get my fix, and once you’ve gotten a taste of her poetic cadences, it’s safe to say you will too.

We chatted over Skype recently, and she offered to take a look at my chart, the astrological equivalent of Marie Kondo asking to peek inside your closet. After a revealing conversation about my Scorpio moon (the best explanation I’ve encountered yet to explain my magnetism to the macabre), we discussed the derision of astrology as a healing art, the most important advice for people practicing creative work, and the necessity of accessible therapeutic practices, especially in this time of emergency.

__Elizabeth Greenwood:__ You got a very early introduction to astrology. How did your study evolve?

__Chani Nicholas:__ I started reading about astrology at twelve years old, and I’ve studied it since then. It was really difficult for me to have as a profession in my early twenties, when I didn’t have enough healing under my belt. It seemed so unprofessional.

__EG:__ What seemed unprofessional about it?

__CN:__ Astrology is as old as sex work and is still looked upon as a non-profession, without history or an academic framework. It’s something that doesn’t have a lot of deep thought or meaning.

__EG:__ Do you think that’s due to how astrology is commonly conveyed, with horoscopes alongside the newspaper funny pages?

__CN:__ I think it’s a mixture of what the institution of the church has done to a large section of the world. I think witch hunts are still very much alive and well.We have been taught, by means of death and destruction over the last couple of thousand years, that we should not value the earth-based traditions that we all originate from, most of which contain some kind of system of divination. There’s that desire historically to survive and to distance oneself from ancient healing practices, astrology being one of them.

> Capitalism and patriarchy want to keep us separate, compartmentalized,
> afraid, and alone, and unconscious to our collective power. Astrology
> helps us to feel connected to something larger.

__EG:__ How do you see astrology as a tool for liberation?

__CN:__ I think that astrology is a way of witnessing the self and the societal reality that we’re living through. If I have a tool that helps me to reflect and to heal in some way and to contextualize what’s happening in the current climate, then I have a chance to understand myself and the world in a context that’s greater than me. Capitalism and patriarchy want to keep us separate, compartmentalized, afraid, and alone, and unconscious to our collective power. Astrology helps us to feel connected to something larger.

That connection tells us that we are a reflection of something greater. If that is true, then a lot of things are true. If there’s a system that I can access that can help me to uncover that intelligence, then I am locating my own power and my own agency, and I’m able to say, “You know what? I was made this way. This is the perfect way for me to be.” Astrology always tells people exactly who they are and what they already know about themselves.

Within capitalism and a white-supremacist culture, healing is only for a certain type of person. But astrology is free, and it’s private. It’s leveling something in that space. That’s what I need to do. To be disruptive in that way. We have to heal.

__CN:__ I look at the astrology for the week in books called the ephemeris, which tells you where the planets are all the time, and the Aspectarian, which tells you which aspects you have. I’ll pull up a couple of charts, which are snapshots of the sky at any given moment. Then I will superimpose that onto the wheel of each sign’s chart. Then there’s the writing.

__EG:__ You’re writing thousands of words each week. How long does that take?

__CN:__ It takes me two days to write the horoscopes. Two ten-hour days of writing. The full moon and the new-moon pieces will usually take me another full day. So it’s two to three days of writing a week just for the site.

Practicing astrology also keeps me going to therapy because I need to keep digging. I need to keep excavating. My wife is also a very deep soul, and so we’re always pondering how healing occurs and the wounds that we carry, how our wounds interact with other people’s wounds and how we create more trauma from that. Healing and creating go hand in hand.

> If you’re somebody who wants to create spaces where healing can
> happen, you will be no good to anybody in the long run if you don’t
> make the care of yourself your number-one priority.

__EG:__ Can you give me an example of a healing process that you’ve noticed personally in your life?

__CN:__ I was a particularly tortured, emotionally dense, and melancholy child. I lived in and through a tremendous amount of trauma. I always thought, *I have to get out of here. There’s another way.*

Meeting my step-grandmother at eleven years old, the woman who got me my first astrology reading, was a turning point. I knew her story, which was particularly heinous, and that she had come through it. She was a Reiki master, and she was now helping people to find their own way to heal. The moment I met her, there was a voice that rose up and said, *This woman knows how to get you out. Do whatever it is she tells you.*

__EG:__ How did you make the shift from having a day job to doing astrology full time?

__CN:__ I taught yoga for eight years, which was difficult for me in a lot of ways because I abhor the yoga industrial complex. I felt uncomfortable teaching from a religious context that’s not my own. I felt like I was contributing to the problem of cultural appropriation.

__EG:__ When did your site begin to gain a following, and what was that like for you?

__CN:__ I’ve been doing it for six years, but it gained a critical mass when I met my wife three years ago. Love has a way of doing that. When we got together, the numbers just started to kind of skyrocket up.

__EG:__ Do you sustain the business from private readings?

__CN:__ You can come to me to get a reading, and I’m down for that. But what I really want to do is to give people tools, which is why I teach (1) every month. I want to help people develop a relationship to their own chart, because it’s about healing being accessible.

__EG:__ Any advice for people who are looking to make creative or healing work their full-time gig?

__CN:__ Take care of yourself, above all else. If you’re somebody who wants to create spaces where healing can happen, you will be no good to anybody in the long run if you don’t make the care of yourself your number-one priority. By that I mean intensive practices of introspection. Whether that’s therapy or something else, somebody has to be holding you accountable. You have to have people who will call you on your shit to make those long-lasting psychological, spiritual, emotional shifts.

__EG:__ Therapy can be cost-prohibitive. What else do you have in mind for that sort of thing?

__CN:__ There are so many avenues to do the healing work. There are medicine men and women and healers within most cultural contexts if you go back far enough. For years, I was just barely making a living, and so I found people that would see me for a reduced rate. One of my Reiki masters used to let you make her cookies or bring her soup. Seek out people who are older, who have life experience and sturdiness. Just worship them.

*Elizabeth Greenwood is the author of* Playing Dead, *a nonfiction book about death fraud and disappearance.*