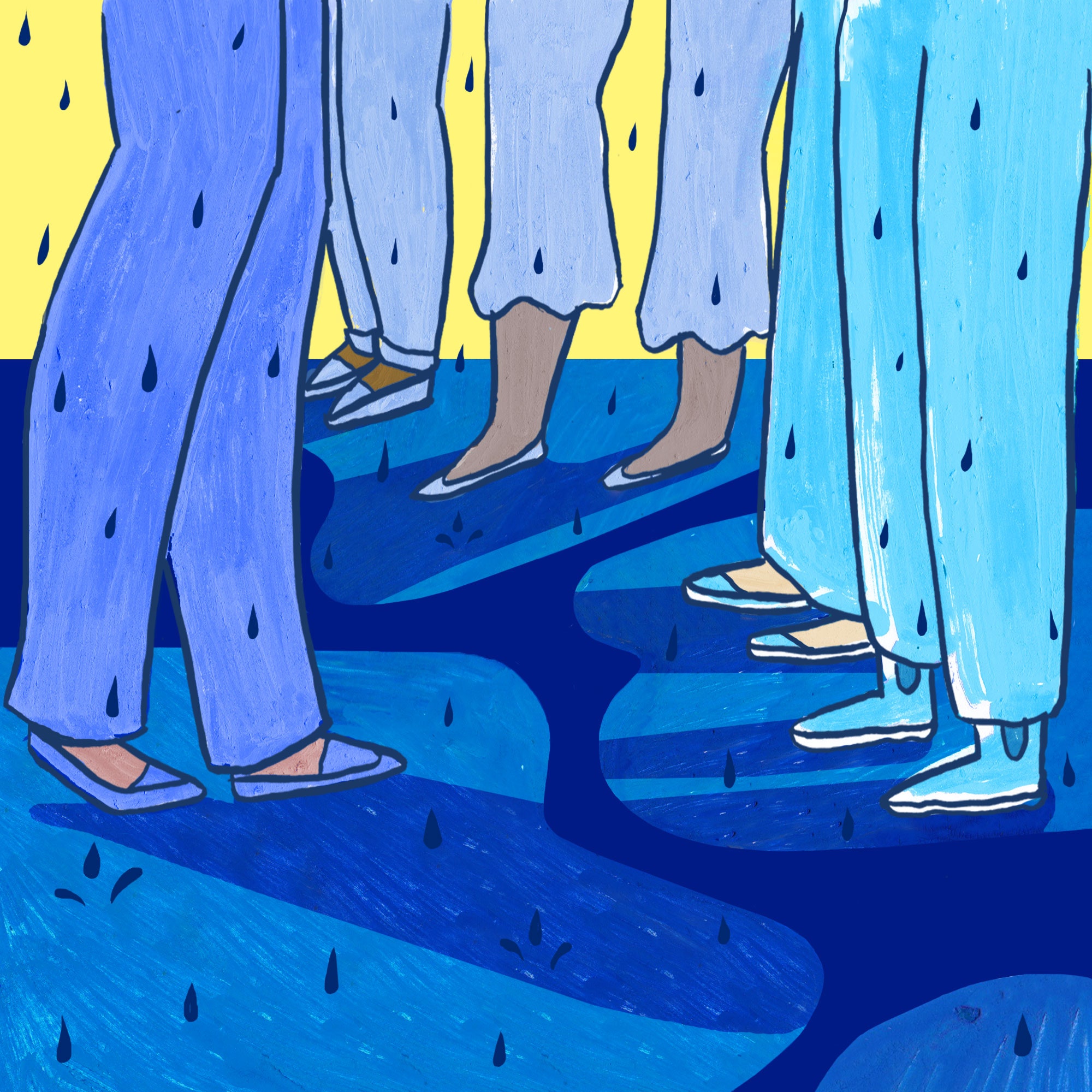 (1) *is a new Audible Original series in which host Dina Temple-Raston shares the stories of adolescents who made astonishing choices — from joining ISIS to planning a school shooting — that led to disastrous results. To help understand what they were thinking, she talks with their friends, their family, and the teens themselves. Chloe Love, a senior in high school this year, is one of the teens she features. Chloe saw the teen-suicide rate in her Colorado county double in recent years and learned personally how suicide can feel “contagious.” This is Chloe’s story.*

__If you or someone you know is struggling with suicidal thoughts, there’s help available.__

It was a normal day in seventh grade, and my friends and I were in class. One of them showed us cuts on her arm; she told us she did them herself. I couldn’t stop thinking about the cuts for the rest of that class, and by the end, I realized I had multiple marks on my arm from digging my fingernails into my skin. It was completely mindless.

A week went by, and I dragged my first blade across my wrist. They were scissors, so they didn’t cut deep, but to me it meant that my mental frustration had become something physical. Self-harm helped me cope with my bottled-up emotions. Sweaters and bracelets became my new friends. This went on for about six months until all my friends knew. One day, one of them told.

I got the pass to the counselor’s office, and I was shaking as I walked down there. She asked me if I wanted her to call my mom and have her come in. I started to cry because I realized that I did want my mom to come; I did want help. My mom walked in, her face full of worry and mortification and sadness. The counselor gave me ideas on how to cope with stress, anxiety, and loneliness. My mom and I developed a code word, so if I ever really needed to talk to her, I could just say “code pink” and she’d drop everything. Things seemed like they were back to normal.

But when freshman year began, a huge fight went down between two of my friends in our group. And when someone told a lie to one of the friends saying I had called her a rude name, all my friends turned on me. I had never felt more alone in my entire life because I had no one to talk to. Added to that, I didn’t make the cut in auditions to be in my high-school show, and I couldn’t do the thing I loved most: theater. I hated myself and believed everything was my fault.

It was the middle of my freshman year when I first began thinking of suicide. Even though I hadn’t known anyone personally who had died by suicide, I was reminded of a friend of a friend who had killed himself in 2013. My friends and I would vent to each other about how hard life is and how sometimes we just wanted to leave.

Then Mackenzie came along. She was new to our school. I remember having our first sleepover together and staying up late watching Glee and eating ice cream. We spilled our hearts out to each other that night. She told me about always being the new girl and wanting to fit in somewhere, and I told her about feeling like I don’t belong in the group and feeling isolated. But she never talked of suicide, or of feeling the way I felt. I felt like I finally had someone on my side who I didn’t have to be afraid to talk to.

When I didn’t get into the high-school play, I auditioned for a show at a community theater. I felt that this could be what would save me, but it could also break me. I decided if I didn’t get cast, I would end my life.

But thankfully, after the audition, I got a callback and got cast. I now had a reason to stay. The first person I texted was Mackenzie. She was so happy for me, as I was for her when she got into the choir she wanted. I was feeling better. The new people I met in rehearsals made me feel wanted. I didn’t have suicidal thoughts as often.

On the morning of April 28, 2015, right when my show was opening, I woke to a text from Mackenzie saying that she loved me and she didn’t know what was going to happen next. I didn’t understand. My friend group had had another argument the previous week, but to me it hadn’t seemed like anything out of the ordinary. I sent back “I love you too Mack, but what’s wrong?” I never got a reply.

I went into school that morning worried. Another student in our school had died by suicide a few months before. It was fresh. Mackenzie was supposed to be in the class next door to mine; she wasn’t. I went on with my day, constantly checking my phone as I went. It wasn’t until I was walking down the hall near the front office that one of my friends came out, crying. “She’s gone,” she said.

Mackenzie’s suicide was not something I could escape and not something I could ever forget. Some days I could hardly get out of bed; my grief was unbearable. A little over a year after Mackenzie’s death, a freshman girl named Riley committed suicide. I didn’t know her well, but her death affected me greatly. All the memories and pain I felt from Mackenzie’s death came back. Shortly after, Kai, a boy I knew from choir, killed himself the day we were all supposed to be going on a group trip. It was so painful and overwhelming.

I would go through this twice more over the next year: the summer after my sophomore year, there was Sam, a boy on the swim team, and then my junior year, Henry, a boy I’d known since second grade. In the past three years, the rate of teen suicide has more than doubled in my county. When there are high rates of suicides in one time and place, they are considered suicide clusters. My friends and I were in the middle of one. Although suicide became common at my school, each time was traumatizing and painful because every time reminded me of Mack.

Other things in my life seemed to be going OK. I had two best friends, I was doing theater, and I was getting good grades. But I still felt depressed and suicidal. Mackenzie’s death made me realize that suicide was very real; I didn’t just know someone who knew someone anymore. I relapsed again. Self-harm became my way of coping when even the tiniest thing went wrong. I started taking ibuprofen in large amounts. Sometimes I wouldn’t count and would go to bed not caring what happened the next morning. One day I took so many, I woke up physically sick.

That sickness scared me. I realized I didn’t want to die. I just wanted to stop feeling lost and stressed about my future. I was looking for a solution to ending the pain, a solution to the unknown future, and a solution to being tired and stressed all the time. I thought about Mackenzie and how her death affected so many people. That wasn’t a solution. How could I do that to the people I love? I decided I needed help, and I went to the school counselor. She advised me to tell my parents about my feelings.

But it turned out I didn’t have to. A few nights after my counselor visit, my mom asked to check my phone. I had no time to erase the messages I had sent a friend talking about my self-harm and suicidal thoughts. All I could do was run up to my room, cry my eyes out, and wait for my parents to come upstairs. It was a very emotional night. We decided we would get me help from a private therapist. I was uncomfortable at first, but with time and the support of my parents, my school counselor, and my best friend turned boyfriend, I got better.

I know I have an amazing future waiting for me. I’ve been accepted to the college I’ve always wanted to go to, and I’m ready to take on what lies ahead. I still get some pretty rotten thoughts when bad things happen, or sometimes they’ll come all on their own. When this happens now, I know how to cope the right way.

In telling my story now, my goal is to bring ease and hope to anyone who may be struggling. I just wish that those who I lost at my school had known what I know now. If you just hold on and seek support from people you trust and love, life will get better.

*To hear more about Chloe’s story and other episodes with adolescents who made astonishing choices, listen to* (4).*