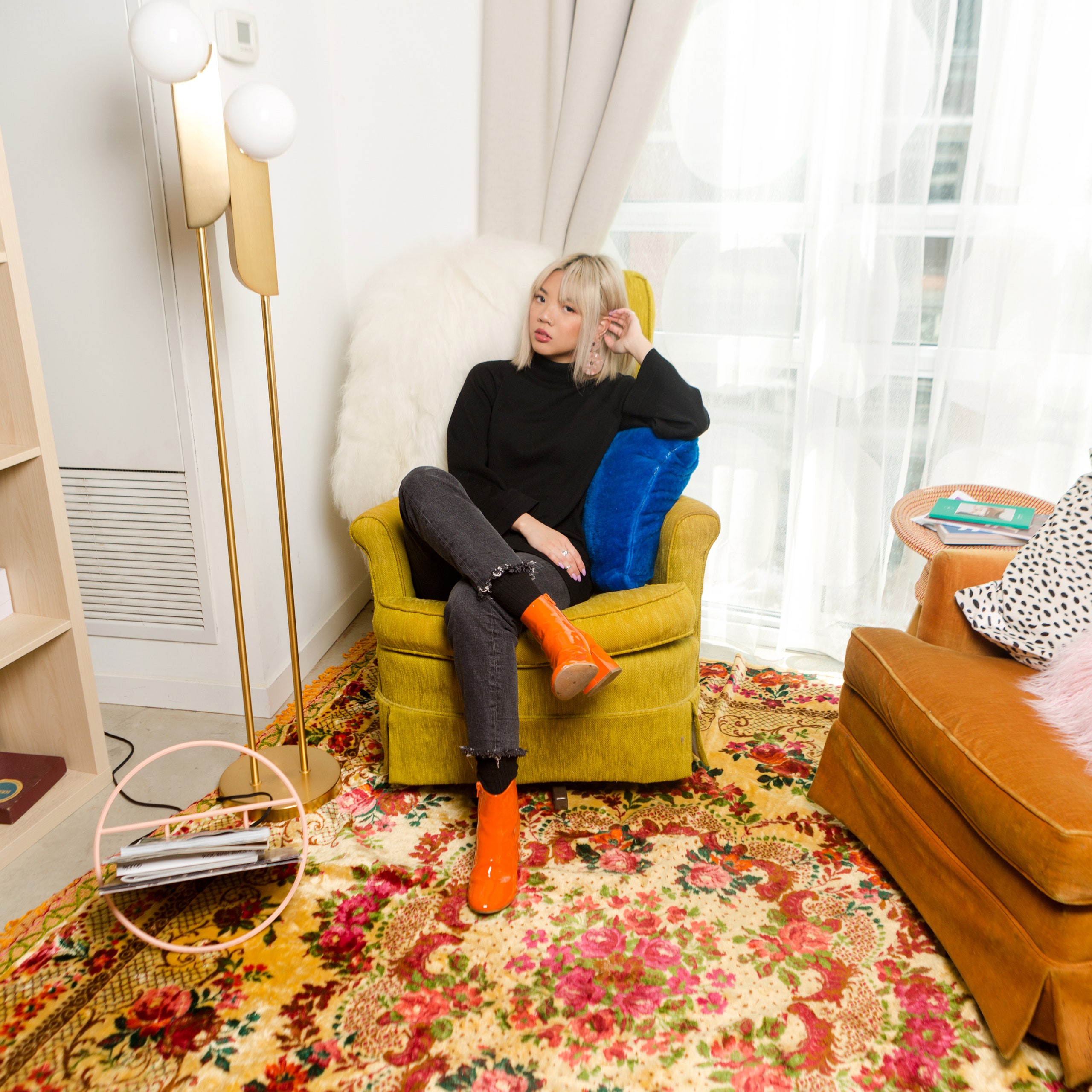 I grew up in Detroit and then moved to New York — so for me, a winter coat is everything. It keeps me warm and complements my outfits underneath. It needs to be both functional enough to last a few seasons and fashionable enough to survive as one of the few coats in my closet. I keep only one or two at a time, both to pare down on excess (hello, Marie Kondo!) and also save space. Which brings me to Biannual, an outerwear brand with the aim of doing it all. It was a black-and-pastel-pink color-block puffer that first drew me to the brand. The coat was oversize, with adjustable drawstrings to alter the silhouette, making it perfect for adjusting to fit a chunky sweater. And then I found out the brand was vegan and unisex with a lifetime warranty and run by a 26-year-old woman, Dani Roche — and I was hooked.

Roche is no stranger to winter either, having grown up in Toronto, where the winters can be brutal. Her foray into fashion began in 2007, just when fashion blogging started gaining popularity. Roche was among the thousands posting her daily outfits on sites like MySpace and Lookbook.nu from her suburban hometown of Scarborough. Inspired by Nasty Gal’s Sophia Amoruso, who got her start selling clothes on eBay, the then-sixteen-year-old Roche launched her own e-commerce shop, Plastic Skyline. She coded the website herself and sold a curated selection of vintage and reworked vintage that she would sew in her parents’ basement. “The shop only lasted for two and a half years, and we were mostly selling to everyone that we knew,” she told me. “The Internet was still a scary place then, and meeting people on the Internet and shipping things out just wasn’t very common.”

In 2011, while studying graphic design in college (a dual program at York University and Sheridan College), she launched (3), which started off as a side gig dedicated to “wearable-fashion-related things” while she held full-time jobs. But by 2016, Kastor and Pollux transformed into a digital, all-woman-run creative agency. Under the direction of Roche, the agency has worked on projects for Topshop, Estée Lauder, Fujifilm, L’Oréal, and Lululemon, and (1) to Canada’s *Marketing* magazine, it was set to bring in six figures after just one year in business. And in 2017, Roche was plucked to put her fashion knowledge and branding skills into one project as the creative director of the up-and-coming outerwear brand Biannual, which launched in September.

While Roche doesn’t have an extensive background in fashion design, she comes from a crop of fashion bloggers turned social-media influencers turned entrepreneurs who use their innate understanding of the Internet to lead companies into the future (think Leandra Medine of Man Repeller, Aimee Song of Song of Style, Karla Deras of Karlas Closet, GabiFresh, and Tina Craig of BagSnob). (2) to the Fashion Law and L2 Digital, 91 percent of brands are using influencers in connection with their marketing strategies.

Biannual’s parent company, Corwik Group, wanted to build a brand for a demographic in the sweet spot between young people who cared about the fashionable aspect of their clothing and those who cared about the company’s message, which “prioritizes consciousness” with both a social and environmental responsibility. Roche was the perfect woman for the job, even telling me that she consulted with her peers on the authenticity and wearability during the design process of the first collection.

|||Roche in one of Biannual’s faux fur sweaters.|||

Biannual’s debut collection was tiny — just eight jackets, including that color-blocked puffer coat I loved so much, a reversible long wrap jacket, a faux-fur pull-over, and a sleeping-bag parka. The jackets are all oversize (to make room for layering), all unisex, and all vegan (with down made from the company’s own blend of recyclable cashmere), and the company is planning on releasing only two collections per year.

Roche tells me that the brand, whose name was inspired by “biannual changes that cause us to reset and grow,” intended to make the garments multipurpose to help eliminate the need for consumers to buy a whole bunch of coats. For the reversible wrap jacket, there’s two neutral jackets in one, a sleek black and a dusty-pink one. The online description of the camo jacket touts it as being perfect for “the metro or the ski lift.”

In the world of fashion blogging, excess reigns supreme. Clothes are sent out for promotion; clothes are gifted; clothes are bought over and over again. Roche knows that experience firsthand. It’s why for the past few years, she’s pared down her wardrobe and invested only in building a uniform, which largely consists of vintage finds, jeans, T-shirts, and clothing she can wear in many ways (both every day and for special occasions) and in different seasons. “I try not to buy clothes that are super-trendy, that I know I’ll get rid of in the next year,” she says.

Sustainability and limiting excess aren’t always the first goals of a fashion-focused brand, whose aim is usually to literally sell more and more clothes and change with the trends. But it’s clear that Biannual is following in the footsteps of companies like Patagonia, but with the added challenge of creating clothing that’s also fashion-forward. “I think that if we’re able to start a conversation about being more aware of why we have to buy the stuff that we do, individuals can make their own purchasing decisions, and they won’t necessarily always buy into the mentality ,” says Roche.

And with Biannual, she hopes to shift the conversation forward, one oversize puffer coat at a time.

*Tahirah Hairston is an associate editor at Lenny who is obsessed with Patagonia’s brand motto.*