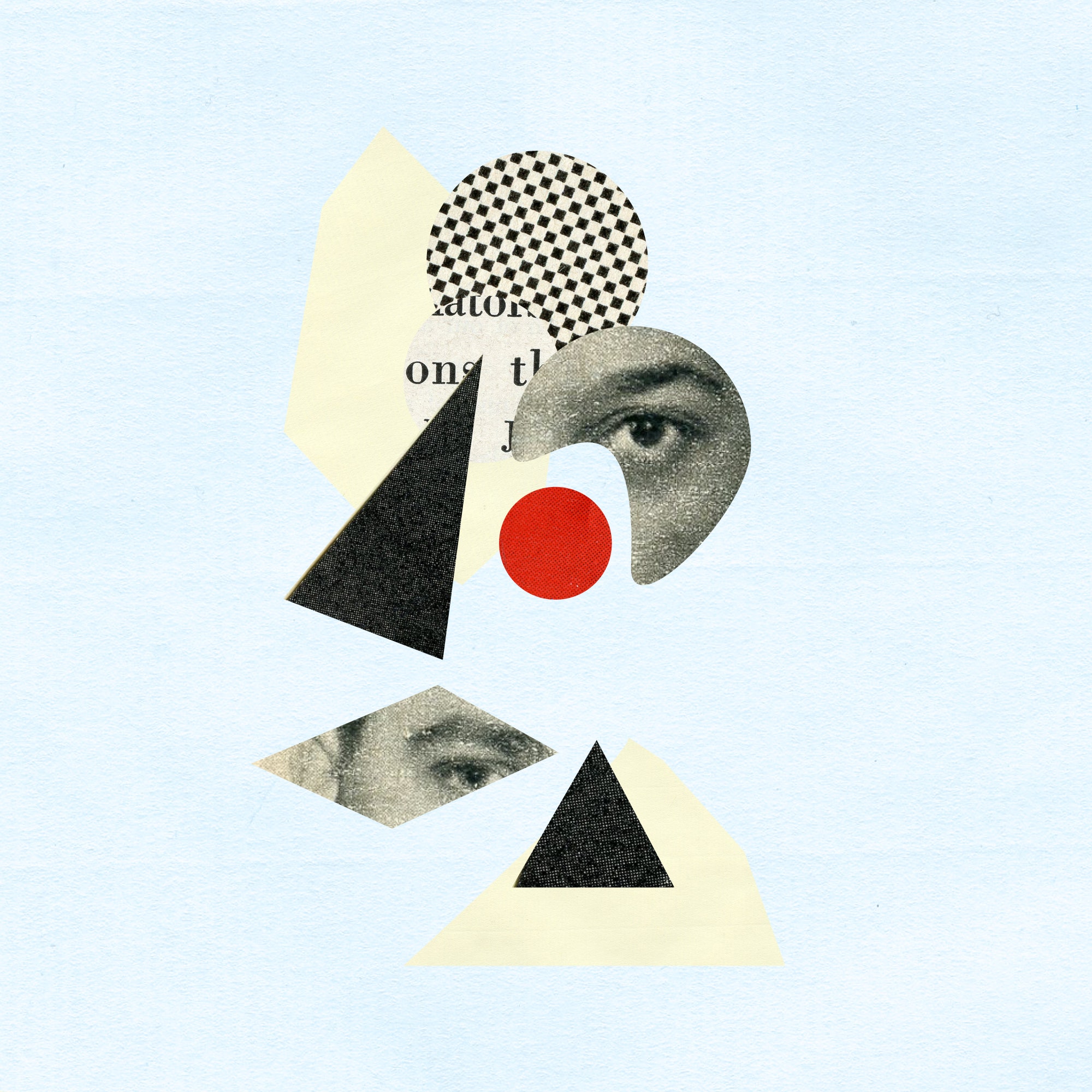 Assistant U.S. Attorney Dia Morgan knew no one else would touch the case. She was the only black woman in the office, the only one without ties to the current governor. She saw that for the others, her apparent decision to sabotage her career felt inevitable: she was to be congratulated on getting this far.

What they didn’t know was that she was about to blow everything wide open. Hand Boston the Mahoney family on a platter, with Big Jim’s chestnut-colored scalp served up as the main dish. As for that weasel Tom Brown … he wouldn’t even know what had hit him.

None of them were aware that she and Katie Mahoney Brown had their own history. They’d met on college move-in day. Everything had felt so different from what Dia had always known, like the school needed to be sure that she understood how out of her depth she was: the eighteenth-century stonework, the impossible green of the never-ending lawn. The students wore no obvious brands, emitting an aura of affluence that she’d seen only in magazines. She watched as awe, then shame, flitted over her father’s face.

There were a few other black kids, but they were different from those she’d grown up with in Mattapan. She sensed in them how it wasn’t her race that would isolate her here: it was her fear, her certainty that she didn’t belong, her suspicious glares in response to the friendly greetings of the beautiful people in this beautiful place. She’d soon learn that the problem wasn’t her blackness, but rather her refusal to forget it, or the fact that once they left these walls, neither would they.

Dia felt humiliated by her bulky suitcases, so different from the matching plastic crates used by her fellow freshmen, pastel like their outdoor performance gear, streamlined like their slim bodies. They and their possessions made sense in this immaculate institution. She, with her jiggling stomach, oversize T-shirt, and cornrows that shone with pomade, did not. It was on the sixth-floor landing that the zipper on her biggest duffel bag broke, along with her resolve. She dropped onto the stairs, deaf to her father’s gentle words. She should have never left Boston.

“Those suitcases are so badly made,” someone behind her remarked.

She turned, hastily dabbing at her tears, and saw a slender girl, with hair mousier than it was now but eyes that were just as piercing. She was the most stunning person Dia had ever seen. She looked like one of the heroines from her favorite childhood books, where white girls took care of horses and rode into adventure and romance.

Before Dia or her dad could protest, Katie had already heaved the broken baggage up into her arms.

“We’ll be done in 30 minutes,” she cheerfully pronounced over her shoulder, as the other two huffed and puffed behind her. “And then I’ll show you the best place for Thai food.”

She was lying, it turned out: they were done in 26. When Dia’s father asked Katie to join them for lunch, she declined; she would have loved to, but her parents were forcing her to participate in all the orientation activities.

“My dad’s an alum, so they really get into this kind of thing,” she smiled.

Dia refrained from explaining that that was the *last* thing she’d ever do. She hated Katie. She hated her smile, her ease, her alumni parents, her wealth.

She found a way to justify her fury when someone told her who Katie’s father was, and she recalled seeing her as a child on TV, solemnly staring into the camera next to her mother. Dia refused to make eye contact with Katie whenever she attempted conversation and felt only a little guilty upon seeing the other girl’s confusion and hurt. You *feel bad?*, she thought. *Ask your dad how we felt when his deals got us shitty housing. Ask your grandfather how my parents felt when they had to integrate his tenements, when they couldn’t fight back against people who screamed at them, threw things at them, and then finally left them behind to pick up the pieces and start again*. It was more than enough to keep her going.

Dia almost boycotted graduation when she learned that Jim was one of the speakers (it was the least his alma mater could do, what with the library and Olympic-size swimming pool that bore his name). It was only the thought of her parents’ disappointment that compelled her to sit through his 40-minute set, which left everyone around her in hysterics. No, not everyone — when she peeked over, Katie looked as furious as Dia felt. A kind of respect tried to inch its way into her heart before she shoved it back down.

Over the next few years, Dia would sometimes think that she detected something different in Katie during her family’s televised appearances, as if she wanted to say something else, be anywhere else. But each time, Dia would catch herself, remember that Katie had still married Tom and helped her father campaign his way into glory, and thus shore up her resentment, grown quieter with age.

Nothing could have prepared her for the phone call.

The woman who’d contacted Dia six months ago had called herself Stephanie and claimed to be Jim’s child from a previous marriage. Dia had hung up on her, certain it was one of the prank calls that had increased in frequency since her last few courtroom victories had gotten her more press.

And yet it nagged at her. When she couldn’t stand it any longer, she launched a public-records search and, within an hour, was facing written proof of Big Jim’s first marriage, which had lasted three months before his wife filed for an annulment on the grounds of fraud. Dia wondered why she was surprised.

She called Stephanie back.

She explained that she’d been following Dia’s career closely.

“Remember when the state sued that restaurant for refusing to cater a wedding, just because it was two men getting married? I kept thinking, *There’s no way she’ll win this one*. More fool me.”

“I’m guessing you didn’t call to stroke my already-healthy ego.”

“Stephanie, we’re not on TV: I’m a real lawyer, who needs real details. Who? What? How? You get me?”

“What would you say if I told you I could help you put him and his cronies behind bars?”

“I knew you were a brilliant lawyer.”

The next morning, a messenger arrived at the U.S. Attorney’s office, with an enormous bouquet of flowers, chocolate-covered strawberries, and stuffed animals for Dia (the name on the card belonged to an ex from college — she simultaneously admired the level of detail and felt uneasy about Stephanie’s investigations into her personal life). As everyone joked about secret lovers, Dia slipped a USB key into her bag. She locked herself in her office and spent the next twelve hours poring over photos, deeds, contracts, recordings, correspondence, all of which placed Jim and his allies — including his son-in-law, Tom — at the wrong end of the city’s most lucrative financial transactions, as both citizens and politicians. Jim had been running the grift on both sides, a Boston classic.

It turned out, his political renaissance wasn’t the miracle that the pundits claimed but rather a strategic operation, one whose foundation went as far back as his mayoral disgrace: promises of reduced state oversight and astronomical tax cuts, offers of prime real estate to Boston’s biggest corporations. In return, public support and multimillion-dollar loans that made his campaign for governor an unprecedented success.

Most shocking of all — at least to Dia — was how the Seaport neighborhood, intended to showcase the best of Boston, had been dominated by these shadow investors, so that a place meant to symbolize a new vision of the city was more of the same: big talk, empty walk.

“Where did you get this?” Dia demanded over the phone, after she’d reread everything.

“So this is a personal vendetta? I’m not blaming you, I’m only trying to figure out your angle here.”

“It’s not just that!” A pause, as if she were struggling to contain herself. “I read about what happened to your family, Dia. In that profile the *Globe* wrote after you took down that sleazeball who was keeping his employees locked up? You talked about how your parents never got to buy a house, lost their jobs, and then—”

“They died. What’s your point?”

Dia had long ago learned that you had to attack first to stop them from making you cry. Something new entered Stephanie’s voice, a bitterness that Dia recognized as an old friend.

“You get tired of seeing someone you love get hurt, Dia, of seeing them deny the obvious, fall into the same traps, fall for the same tricks. And why? For a father who wants people to say he’s better than his dad George. How could I just sit here and not *do* something?”

“Did you know that Jim says *the little boys’ room*? He thinks it makes him sound like Cary Grant. How he lives with himself, I’ll never understand.”

Along with her gratitude, Dia felt outrage: how nice it must be to have the luxury of doing the right thing whenever you felt like it. How nice to still have parents to sell out.

And yet, here she was, standing before dozens and dozens of paper-fat files, neatly labeled and color-coded, to be presented to her superiors in less than three minutes. She’d spent her whole life observing how greed and corruption made it impossible for those closest to her to thrive. She’d witnessed how the Mahoneys used their connections to stomp out anyone who wasn’t “from the neighborhood.” Now was her chance to show the men around her what she’d always known.

A knock on the door.

It was Whittier, a more senior U.S. attorney and the only 35-year-old she knew who still regularly played beer pong (team name: the Eva Pongorias) and seemed proud of the fact.

She noted his use of the nickname that she’d repeatedly told him she didn’t like, his cocky certainty that they’d find a way to dismiss her work as incomplete, irrelevant, so minor that everyone could just keep on doing what they’d been doing for the last however many years.

Also, there was something glistening and green in his teeth.

She smiled back. *There goes the neighborhood*, she thought.

*Nafkote Tamirat is a native of Boston and now lives in Paris. Her first novel*, (4), *is out now*.

*Special thanks to (5) for providing the beer-pong team name and (6) for coming up with the office-romance detail.*