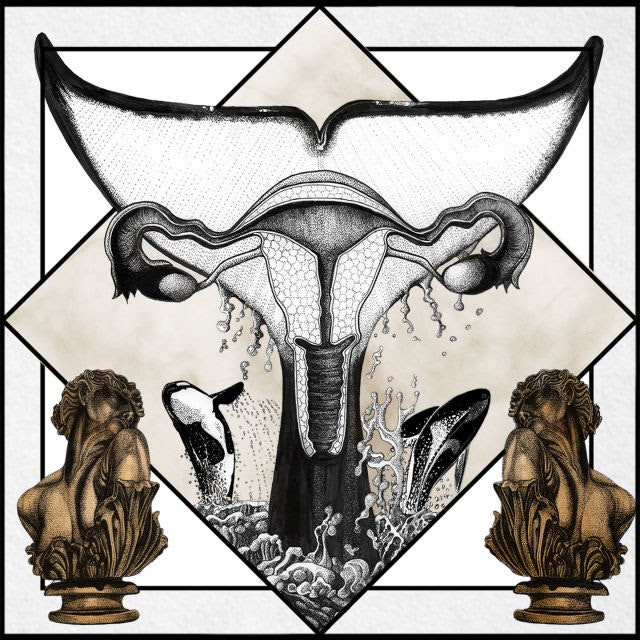 Though she was 41, nearing the end of a typical lifespan for a lowland gorilla, (1) — especially around a silverback named Ramar. In the early 2000s at Chicago’s Brookfield Zoo, Alpha would often strut and purse her lips, gaze at Ramar for long periods of time, toss hay into his face, and try to sit in his lap. Alpha’s caretakers considered giving her contraceptives. At her age, a pregnancy might have endangered both mother and baby. But was Alpha even capable of becoming pregnant? Gorillas in captivity tended to live longer than those in the wild, but they rarely reproduced after their late 30s.

To find out, two researchers associated with Brookfield Zoo, Sylvia Atsalis and Sue Margulis, (2) at seventeen zoos across North America. Twenty-three percent were menopausal: They completely lacked typical cycles of the hormone progestogen, which is important for mating, menstruation, and pregnancy. Another 32 percent, including Alpha, had irregular cycles and were transitioning into menopause. “As our closest living relatives, great apes likely experience behavioral and physiological patterns associated with reproductive aging and menopause that are similar to human patterns,” the researchers wrote.

Defined broadly, menopause is the programmed end of fertility in a female animal. Human women, of course, are well aware that their fertility will decline with age and cease after a certain point, (7). In the animal kingdom at large, however, menopause is an oddity — and a long-standing evolutionary mystery. An organism’s ultimate goal is reproduction. Why sacrifice that consummate purpose? Even more puzzling, why would an animal naturally become infertile and then go on living for years? Throughout history, scientists have proffered numerous theories. But studying the biological phenomenon of menopause is difficult, in part because it seems to be so rare.

Many animals live short lives in which they quickly produce large numbers of progeny and then expire. Think of the (8), one species of which lives only five minutes in its adult egg-laying form. Or Amazonian (9) during brief bouts of “explosive breeding” that they often kill one another. Or salmon that start deteriorating as soon as they have spawned. Certain animals, notably some birds and mammals, have evolved the opposite strategy, having just a few offspring in their lifetimes and devoting considerable energy to each. In these slow-and-steady species, menopause occasionally emerges. Although (3) (10) — such as rodents, dogs, rabbits, quail, and livestock — go through menopause, other scientists debate the validity of these claims, citing a paucity of rigorous research. There is more compelling evidence of menopause in primates raised in captivity. In zoos, where they are well-fed and protected from poaching and predators, several primate species, including gorillas, chimpanzees, and orangutans, eventually reach an age at which they naturally stop ovulating. In the wild, however, they rarely survive that long. Only three species are definitively known to routinely live for decades in their natural habitats following menopause: humans, short-finned pilot whales, and orcas.

The question, then, is why. Recent research on orcas, based on more than four decades of data, is providing new insight. It appears that menopause has less to do with the biology of individuals than the structure of their societies.

The fundamental unit of orca society is the matriline, which consists of a matriarch — a grandmother or great-grandmother — and her descendants. Matriarchs and their offspring remain together throughout their lives. Sometimes several matrilines, each consisting of about six to twelve individuals, travel together as a pod. Although adult males routinely disperse to mate with unrelated individuals in other pods, they always return to their native matriline. In the wild, males usually die around age 30, but female orcas can live to 90 or older. Yet they stop having children by about age 40. Female orcas have the longest post-reproductive life span of any nonhuman animal.

Since the 1970s, various teams of biologists have been studying two resident populations of about 380 orcas in a coastal swath of the Pacific Ocean ranging from Alaska to Vancouver Island. The scientists stay on the water for weeks at a time, photographing orcas from the decks of boats and sometimes filming them underwater. By cataloging photos of unique pigmentation patterns around the orcas’ fins, as well as accumulated nicks and scars, the researchers have identified nearly every member of the Northern and Southern Resident Killer Whales, as they are known, and documented their evolving relationships.

The resident orcas specialize in hunting Chinook salmon. Orca matriarchs use decades of experience and knowledge to guide their family to the best hunting grounds, especially in times of hardship, when salmon is less abundant than usual. Although pod members share the day’s catch, individuals are technically competing for a limited resource. There are only so many fish to go around, and different members of the pod have different loyalties.

In a r (4) analyzing foraging behavior among orcas in the Pacific Northwest, scientists observed that young mothers primarily shared food with their offspring and their sisters, whereas post-reproductive females favored their eldest sons. On the whole, adult females were the most generous, sharing more than 90 percent of their catches, whereas adult males shared only a quarter of theirs. Male orcas remain dependent on their mothers and grandmothers throughout life, often hanging close to them on hunting expeditions. When an elderly female dies, her son’s risk of dying the following year increases by (11), depending on their respective ages.

The immense caretaking burden placed on the backs of orca matriarchs makes it difficult for them to keep reproducing. If an elderly female were to bear calves, she would have to catch enough salmon to feed herself, her adult sons, and her newest children, which would put her in intense competition with younger mothers and their children. Apparently, such a level of family conflict is unsustainable — even lethal.

In a study published earlier this year, behavioral ecologist Darren Croft of Exeter University and his colleagues performed a statistical analysis on 42 years of data concerning the social lives of the Northwest’s resident orcas. They (5)31462-2?src=nl&mag=LEN&list=nl_LEN_news&date=100116) are 1.67 times more likely to die before age fifteen than those with young mothers. It appears to be much more advantageous for older females to stop reproducing altogether and instead focus on keeping their existing children and grandchildren alive. In particular, by helping adult males thrive — so that they are healthy enough to venture off and father children in other pods — an orca matriarch can continue spreading her genes without adding new calves to an already overcrowded family.

Elephants make an interesting contrast. Like orcas, elephants are large, intelligent, social mammals that live cooperatively in matrilines, guided by the ecological wisdom of elderly females. But unlike orcas, elephants exclude adult males, who wander the savannah on their own, mingling in fraternities and returning to the female social groups only to mate. Whereas female orcas are infertile around age 40, elephant matriarchs can continue reproducing at least through their mid-60s. It seems that removing males from a female-led society — essentially relegating them to the role of external reproductive organs — obviates so much family conflict that grandmothers no longer have to sacrifice ongoing motherhood.

The new research on orcas dovetails with an idea known as the grandmother hypothesis, which proposes that a long post-menopausal life emerged in humans following a key ecological shift in our lineage. Kristen Hawkes, a University of Utah anthropologist, conceived the grandmother hypothesis in 1997, building on earlier work by biologists George Williams and William Hamilton. Millions of years ago, she explains, when our ancestors transitioned from the forests to the savannas, they began to rely on foods that young children could not acquire themselves, such as deeply buried tubers. Older women whose fertility was fading found a new important social role: helping to feed their grandchildren, which freed up their daughters to have more children sooner than would otherwise be possible.

Although many people mistakenly think that the grandmother hypothesis frames menopause itself as a uniquely human adaptation, Hawkes does not see it that way. Menopause, she says in an interview, would probably occur in any primate that managed to survive to old age. Rather, it is a long and productive life following menopause that distinguishes humans — and at least two whale species — from all other menopausal animals. Which raises a few unresolved questions: namely, how common is menopause? Is it a rare adaptation found in just a few species, as has often been said, or is it an inevitable outcome of aging for all primates, perhaps even all mammals?

If the latter is true, then the lives of post-menopausal matriarchs, human and whale, are all the more radical. For the vast majority of species, the end of fertility is the end of a purposeful existence. If your gametes aren’t viable, neither is your life. But human and whale grandmothers prove that’s not true, that menopause is not so much an ending as it is a rebellious beginning — the unfolding of a new chapter in life inked with the requisite wisdom to keep entire societies alive and thriving.

*This story is a collaboration with (12), a new storytelling site with a different theme every month. In August, it’s all about Female Trouble — (6) to receive original stories and more.*

* (13) is a writer based in Portland, Oregon. He has written for* The New York Times Magazine, Scientific American, Outside, *and Slate.*