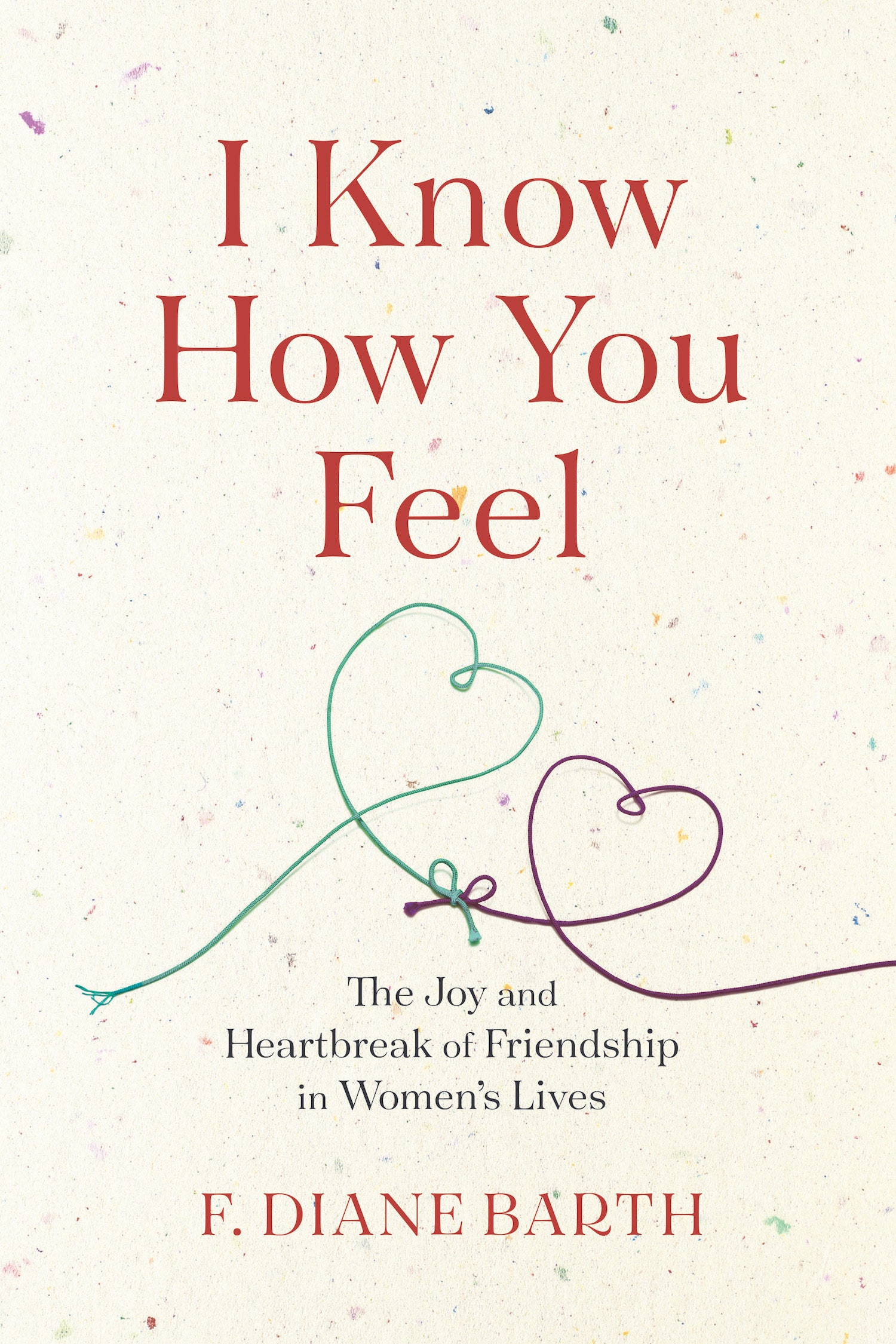 According to some feminist theorists, love and friendship may not be as distinct as we imagine. (1) Yet when sexual tension emerges in a relationship between women friends, the usual fear of rejection is complicated by cultural taboos against homosexuality and lesbianism.

The main characters of the television series *Sex and the City* (2) once briefly considered and then discarded the possibility of mutual romantic attraction, but an undercurrent of sexual tension between the women plays quietly in the background in many episodes. Like many contemporary women, Carrie and her friends are highly conflicted about their looks, their attractiveness, and their sexuality, sometimes flaunting their bodies and sometimes hiding them. As is true in many women’s friendships, sexuality, jealousy, and competition are often commingled yet not openly discussed.

Even today, when fluidity of sexual identity is acknowledged and freedom to choose a sexual partner of any gender is allowed, at least in some places, the issue of sex and friendship between women can still disturb. Consider the famous kisses between Madonna, Britney Spears, and Christina Aguilera at the MTV Video Music Awards in 2003, which caused outrage. Madonna, who says that she is bisexual, told one interviewer that she has had a lot of crushes on women but has only been in love with men. Christina, on the other hand, says that she is straight but finds women “hornier to look at” than men. (3)

She is not alone. In one recent study, almost three-quarters of the straight women participants were stimulated sexually by looking at other women. (4) What impact do these sexual responses have on friendships?

In some cases, they are simply part of our connection as friends. Research confirms that women are often sexually aroused by touching and being touched. (5) Yet such contact does not necessarily translate into sexual interest or a sense of feeling comfortable with your body. For example, Seo-yun, a slender, delicately built woman, said that although in her native South Korea women are physically affectionate in public and in private, it’s not sexual. When I asked if Seo-yun thought the physical contact with other women had helped her feel better about herself physically, she laughed. “Absolutely not. I have suffered all my life from feeling inadequate and imperfect. No matter what I accomplish, I feel like a failure. I am working on this problem. And my body is part of the problem.”

Melody, on the other hand, is one of many women who told me that they became more comfortable with their body and their heterosexuality through a brief foray into a sexual relationship with a good female friend. A thirty-five-year-old kindergarten teacher, she lived in the Midwest with her boyfriend and their two children. “I’m very lucky,” she said. “I have really, really close girlfriends from every period of my life. I would go so far as to say that my friendships, more than anything else in my life, have shaped and formed me. I’m still ridiculously close to my two best friends from childhood. One is more like a sister than anything. And the other one — well, when we were younger, we experimented with each other sexually. All through adolescence, sometimes while we were also having relationships with guys, we experimented together. We love each other deeply and have talked about wishing that we could be romantic together, but we don’t feel that way about each other. But I know that I am who I am today because of this relationship. We understand each other more deeply and truly than anyone else in the world.”

A pale-skinned, freckled woman in her forties who had recently separated from her husband of twenty years said, “I was having a glass of wine with a group of really good friends. They’re all smart, successful, and so interesting, but also very different from one another. After the usual chitchat, we started talking about sexual experiences in college. One of them, who has been happily married to a great guy for twenty-five years, said that she and her college roommate had played around with each other, kissing, touching, giving each other orgasms. Almost all of the other women around the table said they had done some of that too. I didn’t know about this when I was in college! I had no idea that it was going on. Where was I? What was wrong with me? I was so naive then, I might have been horrified, which might be why no one ever suggested it to me. But I think it might have made a huge difference in my life. Not that I would have found out that I was gay. I really like sex with a man. But I might have learned to be more comfortable with my body.”

Dr. Suzanna Rose, a researcher specializing in the psychology of women’s relationships, says that even when two friends are heterosexual, there can be a physical link between them. She says that love and friendship are “two discrete yet inextricably intertwined concepts, each relying on the other for full expression.” (6) Research has shown that in women’s brains, sexual desire and lust are frequently connected to our sense of safety. (7) And we often feel safest with our friends. So, even when we have no interest in becoming sexual with a close woman friend, we might have some sexual stirrings when we are around her. One twenty-six-year-old said, “Living with women roommates, you learn all about their bodily functions. You get comfortable with those things in them and in yourself, because you just don’t have a choice.” A retired physician in her seventies told me that when she was in medical school, she and her friends “would sit around with mirrors and our copies of the book *Our Bodies, Ourselves*, which had just been published, and look at our vaginas together.” She said that it was not particularly sexual, but rather “a safe way to get to know our bodies.”

Despite the benefits of today’s greater openness to different varieties of sexual experience, this freedom does have a dark side. A recent college grad told me, “I went to a school where everyone was hooking up with everyone else. You were supposed to be open to anything and everything. I didn’t really like it. I’m not attracted to women and I didn’t want to have sex with my women friends. But there was a culture of snobbery about anyone who didn’t open herself up to it.” While research has suggested that the popular concept of “lesbian until graduation” may be more fantasy than reality, there is also data suggesting that one of the causes of the binge-drinking epidemic on college campuses around the world is the pressure to conform to the “hookup culture” at school and university. (8)

The pressure to be open to a range of sexual experiences has apparently had an interesting surprise impact on young people. According to some studies, people in their late teens and early twenties are less likely to have sex now than the same age group two decades ago. (9) Does this mean they are less comfortable with their bodies? Perhaps not, but the evidence seems to suggest that greater sexual and gender fluidity, in combination with a widespread “hookup culture,” may be leading to more, rather than less, discomfort with our bodies.