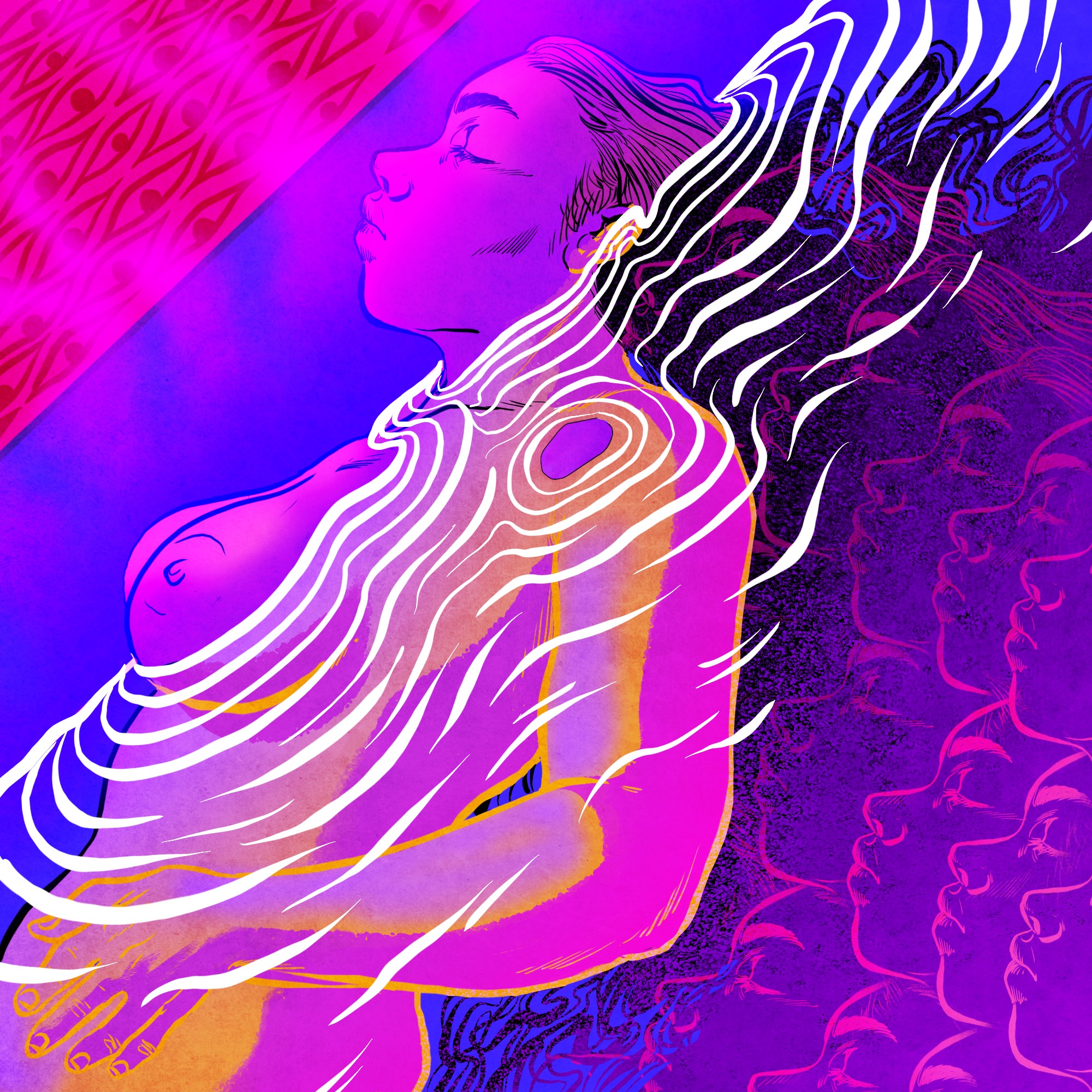 I had a breast reduction when I was sixteen. It was definitely the move. I’m only five foot two and not all that big in circumference, and I was just a friggin’ kid when my boobs decided to become large enough to leave even a woman twice my scale generously endowed. My mom confided in me that she thought it was the (1) that did it. The ones with the little golf tees embedded in them that would pop out when the chicken’s time had come. The ones with all that juicy breast meat. “The hormones,” she’d whisper, as if someone from the national chicken council might be listening to us in our kitchen, and they mustn’t know we were on to them. *Shhh, the hormones.*

I mean, it was definitely the hormones. Namely the estrogen that my body was pumping out like some kind of titty factory. They’re also the very same chemicals that have endowed me with soft skin, a sultry voice, and curves that’ll put your eye out (if I do say so myself). I’m capable of saying all this self-aggrandizing shit about myself now, but back then I was convinced that no one would ever really see me and my soft, fiery, naked little heart, protected as it was with all my ample padding. I developed the unconscious habit of slumping my shoulders forward to deemphasize my breasts, which left my posture in the shape of a collapsing star. I know that’s (2), but I’m (3).

I once wrote the droll little simile “breasts like albatrosses” somewhere in my notebook, when my English class read “ (4),” because I WAS PROBABLY BORED OUT OF MY FUCKING MIND and composing marginalia to survive. (I reread the poem for the purpose of writing this essay, and I have to say, Coleridge had bars. Sorry I misjudged you, Samuel!) But true to “Rime,” I felt at the time that my tremendous breasts were a cosmic consequence I’d carry around my neck forever as I floated alone on an eternally becalmed sea, surrounded by water, dying of thirst. I wasn’t sure what I’d done to deserve what felt like punishment, but I knew enough to suspect that it was just the kind of quotidian betrayal that the pubescent body specializes in — like a caricature artist at a bar mitzvah, it takes that one thing about you and inflates it to a comic proportion that you’re supposed to just accept with a penciled-on grin, a party favor.

I would take baths that lasted for an eternity. You know those statues of the Virgin Mary in her little blue grotto, all melancholy and serene? If you were to lay one of those statues on its back — that’s how I felt (and still feel) when I’m in the bath. I took refuge there. Floating for hours was my small act of protest against the gravity of my body. I basically lived in the tub, soaking and dreaming and writing little poems and magic symbols in the steam on the glass. It became a sort of temple, and I its prune-fingered priestess.

I spent so much time there, I think my mom was afraid I’d (5) myself. When she suggested the idea of a breast reduction, I think I probably just nodded and cried. I was clearly drowning in estrogen, suffocated by my own pendulous breasts. She brought me to a ton of doctors and had it deemed a medically necessary procedure so that our insurance would cover it. I have always really appreciated that, but as an adult I understand it in a whole new way — I mean, I could barely handle the paperwork for my son’s summer camp.

When I went in the pre-operating room before surgery, the doctor drew on my breasts with a magic marker, and that was really interesting because I had never until that moment had occasion to leave my body. I was like, *So, this is astral projection. Wow! Good thing I’m not in that body, because some strange man is doodling on it with a goddamn Sharpie.* Next, two nurses and an anesthesiologist took over, my body horizontal as they hovered above me. One of them said in a Russian accent, “Your name is Mya? Many, many girls in my country are called Maja!” And then the next said, “Oh, in Israel we have lots of Mayas, too!” And before the third chimed in with her tale of Maias near and far, I got “It’s a Small World After All” stuck in my head and I couldn’t wait for them to knock me out already.

I was fourteen pounds lighter after the surgery. When I stood up, I vomited and passed out on the hospital floor. My mom said, conspiratorially, “If anyone ever asks about the scars, tell them you were in the war.” I was sixteen, and it was 1997 — which war? The Cold War? Vietnam? I asked her about it recently, and she didn’t know what the hell she was talking about either. *Shhh, it’s just* the war. *The body war, the women’s brigade, the titty regiment.*

The healing process took a long time, but *don’t it always?* And if I’m being real, it’s ongoing. I realize now that my habit of running a bath and holding court there during house parties in college was just one of the unsubtle ways I’ve tried to make space for my private, most holy self to exist with other people. These days, I’m basically a nudist. I joined the Y, but not for exercise — for the naked sauna. I’m a devotee of hot springs. I nursed my baby in public, so at a certain point in my life I was whipping my breasts out every ten minutes, no matter where I was.

My reduced breasts reflect who I am pretty accurately. They’re witch’s tits: they’re scarred. They’ve stretched and shrunk. They’ve provided sustenance to a whole human being. And somehow, magically, they remain kind of cute.