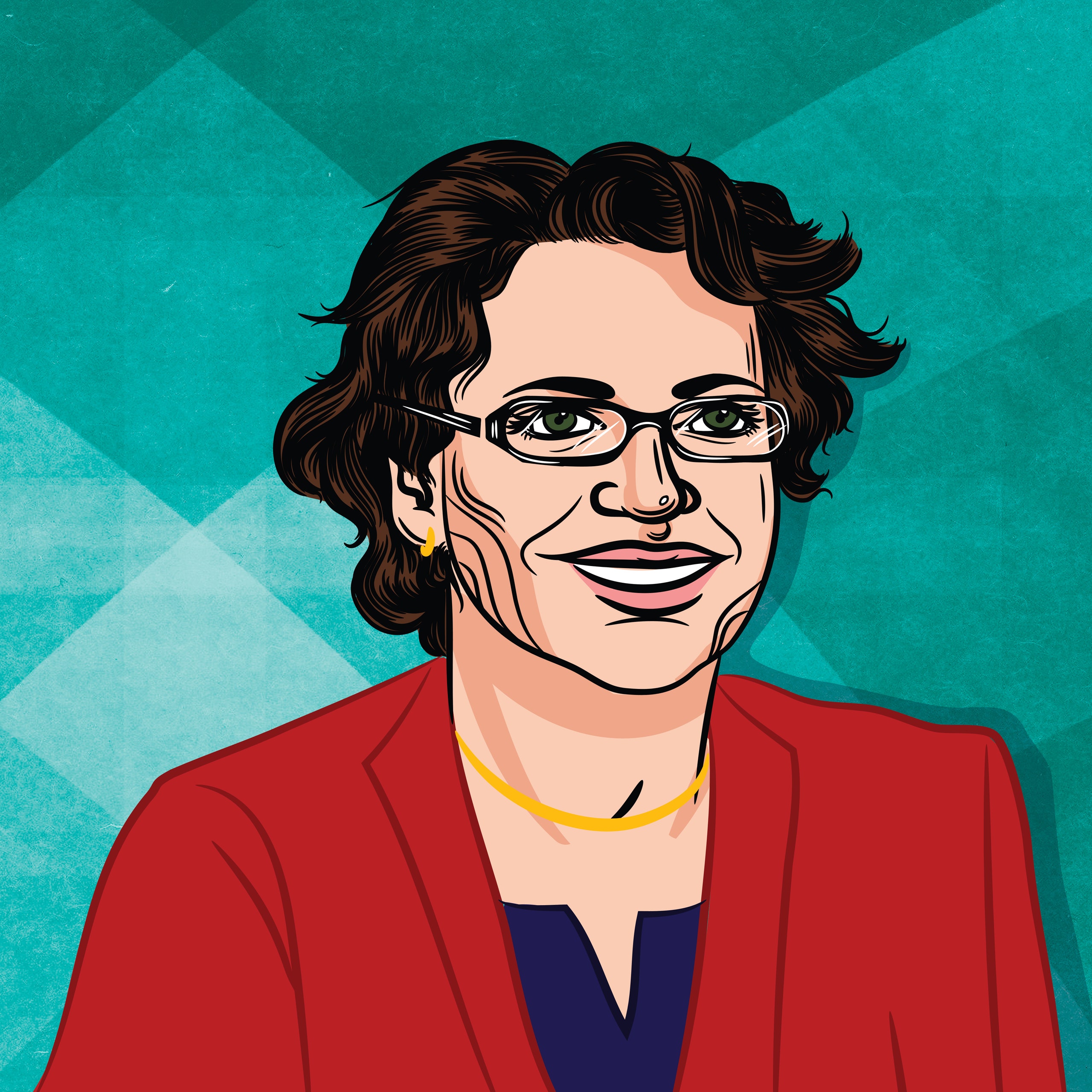 **Making History:** If I win, I’ll be the first Democrat woman to represent this district.

**The Challenge:** One of the things that’s really frustrating to me about campaigning is that all I want to be doing is be out there talking with the people who live in my district. I can’t do this job if I don’t hear from the people I’m asking to hire me. But in a campaign there’s actually relatively little time to do that. What you spend most of your time doing is raising money. I think that is a fundamental flaw in our system. It’s one of many reasons that I support real, meaningful campaign-finance reform.

**The Best and Worst Advice:** The best advice I’ve ever gotten is to trust yourself. Every time I went against my gut, I had a bad outcome. Every time I trusted myself, I was successful. Just because I don’t know everything doesn’t mean I’m not making the right choice.

I get told a lot, “You think too much. Stop thinking so much.” But I’ve always valued being thoughtful. The people who give me that “advice” are telling me that I need to change an important part of myself. I’ve been told that I can’t talk to people about policy — that no one cares about it. Well, campaigns are what we make them. We don’t have to play by the rulebook.

**Most Powerful Political Memory:** This is the first time I have ever run for office, and the first time I have ever contemplated doing so. I have a younger brother who has cognitive disabilities. I learned early on that it is the responsibility of each and every one of us to make sure that every single person in our society has dignity and access. I want to serve in Congress because I want to work to make sure that those values are at the heart of every policy and every law that we pass.

As a community organizer, I tried to prevail upon my congressman to support the policies that are going to make our communities better and stronger. I tried to get him to stand up to Donald Trump. I tried to get him to engage with his constituents. It was frustrating that he never did. I remember thinking to myself one night, *Somebody has got to run against this man and replace him in office.* I started listing the qualities that I wanted. Then it occurred to me, *Well, that’s me. Why do I need to wait for somebody else to step up and take this on?*

**Real Talk:** Any woman who is going to run for office needs to be prepared to deal with sexism on a daily basis. It is aggravating, and it is exhausting. But it also reaffirms for me why it is so important to have women running, and winning — everywhere. Until we are the ones in power, none of this will change.