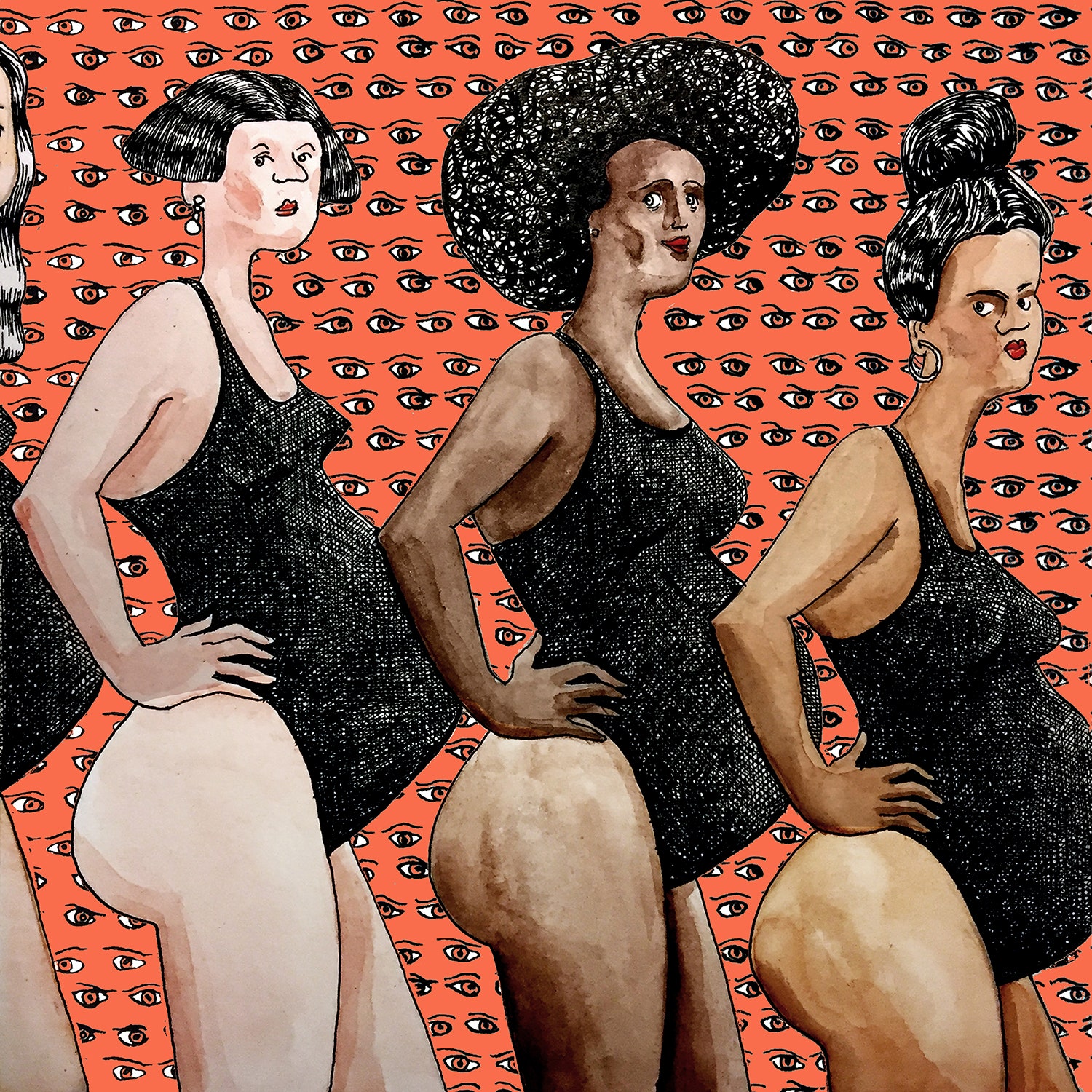 The birth of my second daughter, Coraline, was a marvel of planning and community. I’m a single mother, so it wasn’t a matter of simply waking my partner to drive us to the birth center. I needed two people, one for me and one for my oldest daughter, to make sure we were physically and emotionally cared for. Or, at the very least, to get us where we needed to go. Hours after my due date, I called two friends from the darkness of my room. They arrived immediately, sitting with me while I bounced on a yoga ball, contemplating if this was the real thing. In the twenty-minute drive that morning, a bit before 5 a.m., my water broke in the seat of my friend’s truck. My six-year-old, Mia, in fuzzy pajama pants and a hooded sweatshirt, arrived minutes behind us. Coraline, at nearly nine pounds, came into the world fast, with only a single, near-barbaric push. The midwife told me if she’d been any smaller, I would have had her in the truck on the way there.

My three best friends are single mothers, or have spent the majority of their time mothering alone. We have a primal connection that supported mothers just don’t understand. But I am dependent on my friends for another reason. Over the last decade of single mothering, I hadn’t had a supportive partner until this year.

I’d chosen to have Coraline knowing I would have no help from her birth father. I chose to have her at the beginning of my senior year of college, not knowing what my job options would be after graduation. I chose to have her during a battle for adequate child support for Mia. I chose to have her when I still depended on food stamps and free school lunches to feed my family. My parents were barely involved in the beginning of Mia’s life, and I haven’t spoken to them in more than five years. I guess I stopped trying to force the relationship with their granddaughter. They haven’t met their second. Without family at the ready to help with child care, I’ve had to turn to my friends, neighbors, and sometimes even strangers to help get me out of a bind.

A home with a single mother and children is the second-most-common family type in the nation — we make up 23 percent of all households. And yet we receive no broader societal support, which might be why the poverty rate for single-mother-led families (1). Legislators and voters have expected single mothers to raise our children at a major disadvantage — without partners to provide physical, emotional, and financial support — while being told to pull up our bootstraps and work harder.

Already doing the job of two people, we watch, helpless, as people fight to decrease the limited resources made available to us through safety-net programs to help with the conundrum of wages that are too low matched with housing costs that are too high. Add food and day care, with an older car that needs even a minor repair, and it’s a fight for survival.

On top of that, there is the social stigma of single parenthood. They assume we have babies for a bigger welfare check. I brought my older daughter into this aggression and could only imagine what they’d think if somehow knew I’d had an abortion between those two pregnancies. When I announced my second pregnancy on my Facebook page, I got hate-filled messages that asked me what the hell I was thinking. One woman told me to “knock off the Jerry Springer shit and get an abortion.” I also internalized conservative rhetoric like holding an aspirin in between my knees for birth control, finding new ways to slut-shame myself.

And conservatives are trying to codify that shaming rhetoric into law. Bills (2) on a birth certificate as a prerequisite for state assistance have been drafted, named, and presented. Former Arizona state senator (3) recipients — a big chunk of whom are single mothers – should be forced to take birth control or be sterilized. This goes beyond controlling women’s right to choose, rights to birth control, and access to safety networks for their children in the absence of a supportive partner, affordable housing, or decent wages. This is telling millions of Americans they don’t deserve to be human.

Among the unsung horrors of the single-mother shaming practiced by right wingers like Rick Santorum (4)”): It erodes your ability to love yourself. I didn’t feel proud of or empowered by my herculean achievements, like when I held the baby in one arm while I stirred milk into powdered cheese for Mia’s dinner. It was her seventh birthday in just a few days. Her presents had been donated by the YWCA and a friend. I had barely had enough money to get a few cupcakes for her.

Looking back on my decision to have a baby alone the first time around, I call it masochistic. I couldn’t take care of myself. I lamely wrote a post on Facebook, asking if people might be able to bring dinner. A friend came by almost immediately with a whole roasted chicken and a container of cooked vegetables. I ate it with my fingers, dripping on the baby sucking at my nipples that had begun to crack. When my friend’s son asked if he could have some chicken, I nearly growled.

It never occurred to me to ask for help otherwise. I didn’t think I deserved it. In some kind of way, my stubbornness decided that I’d made the bed I had to lie in. I’d chosen to do this on my own, and on my own was how it’d go. People like Russell Pearce blame people like me for our dire straits, but they are systemic more than they are some weakness of our will.

Another friend had a baby when Coraline was six months old. I sat with her one afternoon, with her house cleaner and mother-in-law fluttering in and out, surrounded by baby items she’d have to return. She complained about things that most first-time mothers do. Her husband had to go back to work immediately. She was up all night nursing. Diaper changes at midnight were a drag. All of these completely normal things that I’d experienced alone, with the added stress of wondering if I’d have to sell our vehicle to pay rent.

In that moment, I realized what I’d accomplished in the face of virulent backlash, like the assumption that I am only respected as a mother if there’s a doting father involved. I know I will one day fully love the person who made it through so many years with nothing but herself to depend on. I haven’t gotten there yet — maybe American messaging won’t let me. But for now, I’m overjoyed by the wonderful girls I have made: They are marvels of intelligence, empathy, and humor. Mia recently completed testing for her school’s gifted program and goes through a book a week. Coraline makes friends with anyone she passes. They are, without a doubt, far from the criminals conservatives assume rise from mothers like me.

*Stephanie Land is a social- and economic-justice writer and the author of* MAID, *forthcoming through Hachette Books.*