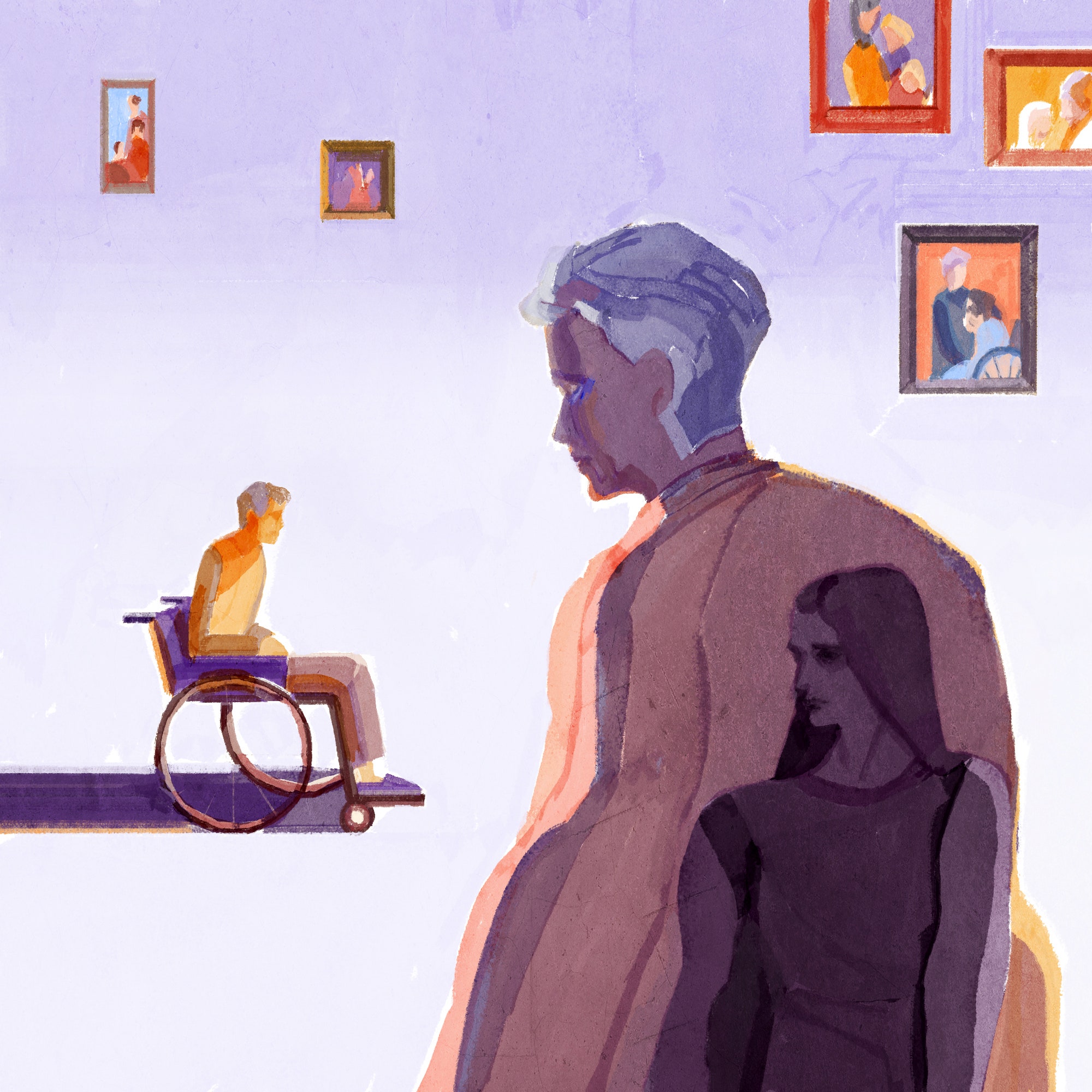 My mother tells a story about a phone call she’ll never forget. It was the summer of 1966. She was several months pregnant with her first child (me), biding her time by the pool of the Phoenix apartment complex where she and my dad were living. Her due date wasn’t till November, but they’d already picked out both boy and girl names.

She answered the phone.

“This is the Arizona Children’s Colony. We wanted to let you know that a space has opened up for your son David.”

The Arizona Children’s Colony was an institution for children with intellectual disabilities, or, as they were known then, the mentally retarded. My mother mumbled something about a mistake and got off the phone as quickly as she could.

Her boy name was David.

Because of that story, since I was a little kid I’ve had a vision of that place, the Arizona Children’s Colony. But when my younger daughter, Sophie, was born with Down syndrome in 2003, it didn’t occur to me that such places still existed. That’s not how things are done anymore. Not always. Not exactly.

The Arizona Children’s Colony opened in 1952, just outside Coolidge, one town over from Florence, where the state prison is located. It’s about an hour south of Phoenix. But 60-some years ago, with slower cars and unpaved roads, it must have been a real excursion to get there.

Today, the place has been renamed the Arizona Training Program, even though no real training goes on — not that I know of. It’s still an institution, the only one in the state and one of the last in the country; it’s run with a combination of state and federal dollars. And while institutions started out as a cheap way to warehouse some of society’s most vulnerable, today it costs a lot to house a person at the Arizona Training Program. That’s mainly because no new residents have moved in for many years. It’s also because the quality of care improved, after the state was sued over poor conditions decades ago. For a long time, state leaders and disability-rights activists have fought to close ATP, saying that it’s too expensive and residents should be in small group homes closer to family members, but in many cases it’s those family members (the ones who are left, anyway) who have fought to keep the place open.

Something keeps pulling me to Coolidge. Maybe it’s David Silverman (I never was able to track him down, although I’ve asked), maybe it’s because lots of people (1) lived there and a few still do. When I began reporting on it in January, there were 83 residents. The last time I checked, the number was 82. I guess I feel this odd need to bear witness to this institution, which is dying with its residents.

That is what led me to Faye Arrington. She is a mother of five. Her son Darryl is the last surviving original resident of the Arizona Training Program. He and his twin brother, Dorryl (who passed away a few years ago), both diagnosed with cerebral palsy, were placed at the facility at the age of three, on the day it opened, March 19, 1952. Several years later, they were joined by their younger sister, Darla Kay, who has microcephaly. Faye has two other children, her oldest and youngest, who do not have developmental disabilities.

Faye is 88, a gorgeous woman with high cheekbones and gray hair swept up off her face, a casual look I’ve spent hours trying to achieve with no success. When I met her, I was nervous — and also full of judgment. I felt self-righteous as I pulled up to Faye’s modest home in a quiet neighborhood in Mesa, a suburb of Phoenix, thinking as always about my Sophie “to do” list — questions for teachers, doctors, the respite provider, plans for summer — and wondering what it would feel like not to have to deal with any of that, but also what it would be like to forgo day-to-day life with my daughter.

Yes, it was a different time, and our kids are not quite the same, but really, how could anyone give up a child, let alone three?

Not easily, as it turns out. I spent a morning in an uncomfortable plastic chair — awkwardly balancing my notepad and recorder on my lap — while Faye told her story from the beginning. As she talked, I forgot about the seating arrangement, didn’t hear the dogs barking in the background, didn’t think about my own challenges as I pictured this young bride (who had been told by doctors in Mesa to let her babies die when they weren’t gaining weight) putting her infant sons in a car and driving around the country in search of a diagnosis. None of the doctors she found in Missouri knew about cerebral palsy. Then, on the next leg of her trip, in Utah, she was in a serious car accident — her brother-in-law drove into a ravine. Faye broke her ankle and the babies landed in a pool of water. She is convinced they were saved by a miracle.

She taught herself to walk again by stretching her ankle in high heels. She taught the boys to suck from bottles.

Finally, a doctor in Phoenix diagnosed them. It was the beginning of the end of Faye’s marriage to a well-meaning police officer who couldn’t handle having disabled sons.

“Men sometimes just don’t, he just couldn’t,” she says of her husband, Norman, who passed away many years ago.

As for Faye, “It about killed me,” she says.

She is Mormon, but she didn’t make it to services, and figures that might be why people from the church didn’t offer to help. Other moms crossed the street when they saw her coming with the boys in a stroller. When she had to run to the store, she left them with their big sister, Blinda, who was eighteen months old.

When she got a call from the Arizona Children’s Colony, it must have come as a relief. And for the last 66 years she’s visited every Sunday. She’s accompanied by Blinda, who, like Sophie’s older sister, Annabelle, has a natural way with people with developmental disabilities, having grown up with them.

Faye is not quite as comfortable, I noticed on a recent visit we all made to ATP, a difference that probably wasn’t noticeable to anyone but me. I saw myself in Faye, standing back, watching, still learning after all these years. Still trying to figure it all out.

Last year, Blinda, who is 70 and works full-time as a special-education teacher, moved in with her mother, who is starting to slow down and needs a little extra help. (Faye’s youngest child, Duke, is a retired paramedic and lives in northern Arizona.) Even so, Faye continues a long-standing tradition of, as she and her daughter put it, “taking in strays” — family members, foster kids, recovering alcoholics, dogs.

It’s easy to see why she gets the urge to help them.

Faye and Blinda are adamantly opposed to ATP closing. But if it happens, Faye says, she’ll bring Darryl and Darla Kay to her house. It’s hard to imagine navigating wheelchairs around her tiny home, or providing the near-constant care these medically fragile siblings, now in their sixties, need to survive. It’s clear that she means it, that she needs to believe it.

Before I met Faye, I couldn’t understand how she could have made the choices she did. Standing in her living room — walls covered floor to ceiling with family photographs, including so many of the twins and Darla Kay — spending the day with their story, I understood what Blinda meant when she told me her mother is the bravest person she knows.

I didn’t have to be brave like that. When I had Sophie, the government sent someone to our home to set up services for her that continue to this day. That’s not to say that it’s been easy, but it makes me wonder, as I step off Faye Arrington’s porch and say my goodbyes, just what I would have done in her shoes.

What would any of us have done?

*Amy Silverman is the author of* My Heart Can’t Even Believe It: A Story of Science, Love, and Down Syndrome, *and is working on a second book about her daughter Sophie.*