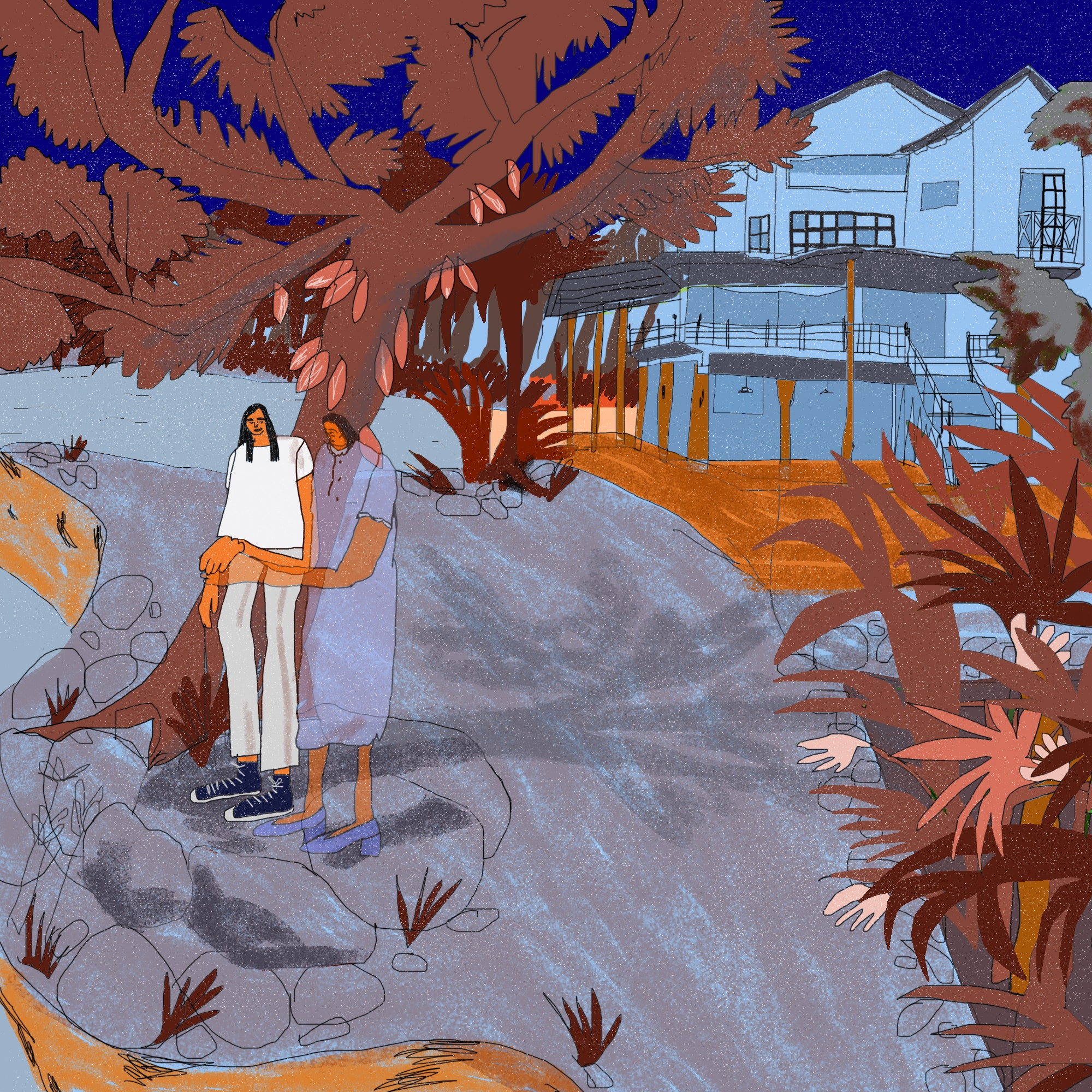 When my grandmother died somewhere in the Dominican Republic, in 2012, I got a series of texts in the middle of a college lecture. I didn’t check my phone until after class — I knew what the texts meant.

Mamá Susa’s first stroke happened in my house, in 2009. She had been staying in what was then the guest room on the first floor. It was past 10 a.m., and she hadn’t come upstairs for breakfast yet, so my mother went to check on her. I heard my mom screaming and ran down the stairs to see her panicking. Mamá was lying still on her bed. Her face looked different.

I sat Mamá up and talked to her until the paramedics came. She tried to respond but the left side of her body could barely move.

Somewhere, there’s a photo of me at around five years old; I’m sitting in a chair with my grandmother nearby. It reminds me of how strong and healthy Mamá had always been, even as an older woman. It’s how I remember her, even after the strokes happened. After she died, I practically tore my basement apart looking for the photo. But all I found was her pink plastic powder box and puff. It smelled just like her, so I took it to my room.

I kept the ghost of my grandmother trapped in that box while I mourned her. I’d play a little game where I’d shake the puff and pretend that I saw the outline of Mamá’s face in the little cloud of powder. I’d catch it under the lid of the compact and imagine that it was her soul, that she was there with me.

She used powder to “stay fresh” in the Caribbean humidity. She always wore chic heels, prayed the rosary every night, and warned me that I shouldn’t get married until I finished school (she never graduated from middle school). She also warned me against casual dating, crop tops, and getting “too tan.” She was frustrated that I insisted on cold showers and deodorant and didn’t wear heels.

After the stroke, she couldn’t powder herself and wasn’t able to cook rice or sancocho. I figured it would be a matter of time before she could do anything normal again after all the medication and physical therapy and doctors’ appointments. It took months of rehabilitation, staying with my family in New York for over a year, before she returned to the Dominican Republic. I thought everything would be back to normal after some time and enough physical therapy.

But when I went to Bonao in the summer of 2012, she had a cane. And when Mamá tried to powder herself, she covered her face and her dress. That’s when I knew she wasn’t going to cook ever again. Soon, I started imagining her death.

Months after Mamá passed, my mother, sister, cousin, and I all had a dream where Mamá stood in the yard of her house in Bonao. In my dream we were both barefoot, standing on the rocks by the cacao tree. She didn’t say anything, but she seemed healthy. I just stood there with her.

In my cousin’s dream, Mamá began to float up into the sky. My cousin grabbed her ankle and wanted to know where her brother was (he had died in 2012 as well).

“When I grabbed her, all I felt was bone,” my cousin told us. “That’s how I finally accepted that Mamá was gone.”

But I couldn’t accept it yet.

I tried to find signs of life after death in YouTube ghost-story compilations. I’d scour them for hours and see if any of the people narrating their stories were able to communicate with the ghosts they saw in their homes or in cemeteries. They’d talk about running away from phantoms that lived in basements and attics. They’d recount the times they found spirits in the middle of a field or in their dreams.

I asked my dad to tell me ghost stories from his childhood about souls stuck on roads and lonely travelers convincing the dead to let them go on their way. He had grown up in a small town in Puerto Rico where everyone knew everyone else. Mourning periods and wakes were ways for people to socialize, and these stories kept them entertained during the long nights of praying.

“I was always scared of seeing the person who died on the dark road when I’d go back home,” my dad told me.

I wanted to know if he had ever seen one of their ghosts. “No, those were just stories to scare us,” he laughed. “Dead people move on.”

But my mind started thinking of dark roads I could walk on to see if Mamá was out there waiting for me.

I would ask family members to tell me stories Mamá had told them about her life. I’d quiz my grandfather about how they met and when. I’d ask him about all the funerals he has attended and if he had dreamed about any of the people who had died (he didn’t take the dreams seriously, he said). I was desperate to find Mamá in my dreams again.

Two years later, I took a class on Caribbean literature at Hunter College because I saw in the online syllabus that ghosts would be discussed. My professor brought up the Dominican tradition of dreaming about dead relatives and how people found it comforting.

“Don’t take this the wrong way, guys,” he said. “But do they ever speak back in your dreams?”

All the Latinos in the class shook their heads.

“It’s still comforting, though,” a classmate said. “I like dreaming about my relatives — it makes me feel like they’re still here.”

When summer came, I tried to catch fireflies, something Mamá had never let me do. It was an old superstition she held onto, convinced that they were lost souls in purgatory.

She helped raise me and used to take me back and forth between New York and Massachusetts on what I call “the plátano bus” because so many Dominicans use it to get to New England. On those rides, Mamá would tell me ghost stories to keep me entertained. My favorite one was about a man who was walking on a dark mountain and found a cocuyo bug to light his way. Halfway down the mountain, the cocuyo’s light went out and a cold hand gripped the man’s shoulder.

“Take me back,” a voice demanded.

The man was forced to climb the mountain again and take the cocuyo back.

“You can’t just take souls off their path,” Mamá warned me, asking me not to catch lightning bugs or fireflies.

When she was first rushed to the hospital in 2009, Mamá stayed at Mount Sinai in Manhattan. On our visits, I’d sneak out of the hospital and into Central Park across the street. I found a clearing full of fireflies and caught the brightest one, carrying it back to the hospital in my palm. I figured that if Mamá’s soul was clinging to her body, maybe giving her a firefly would make her soul stay.

But the bug died in the elevator. Souls aren’t supposed to be in cold, sterile places.

Over a year after her death, I remembered Mamá’s stories as I was catching fireflies. I realized that I didn’t have anywhere to bring them — Mamá is buried in the Dominican Republic. So I let them go and asked them to forgive me. I wanted to show her that sometimes fireflies are just fireflies. Other times, though, I thought they could be her soul trying to find me.

I gave up on that idea after a while, though. And later that month, I emptied the powder box and stopped looking for her there.

Mamá doesn’t come to my dreams as much anymore, but I still think about her all the time. I try to conjure her in my dreams. I end up alone, in the backyard of her house in Bonao. All the doors and windows are open and so is the front gate.

The house is empty and Mamá Susa is gone.

*Angely Mercado is an editor and freelance writer from Queens. Her work appears in The Lily, City Limits on NPR, and more. She hopes to one day make a living wage.*