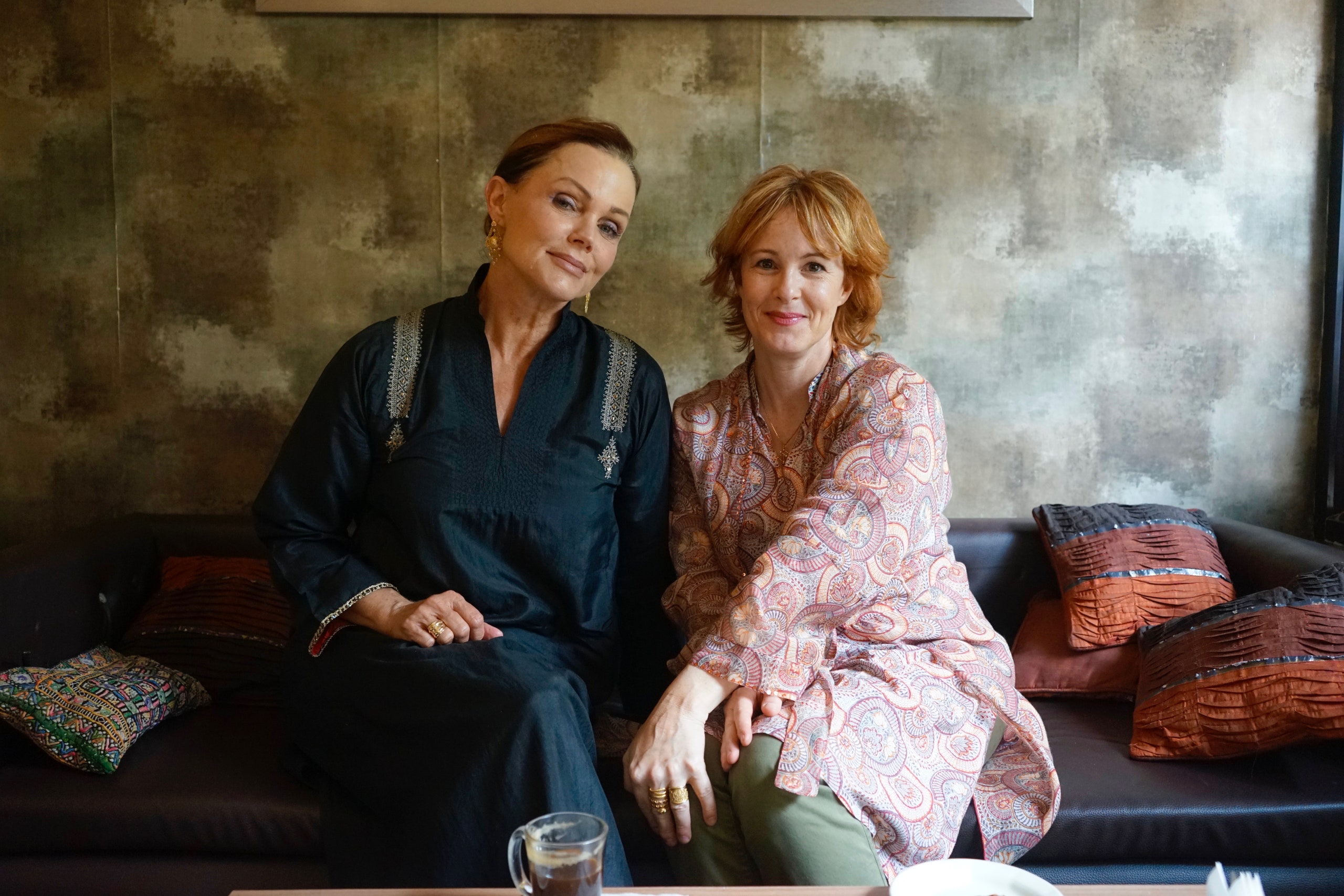 It was the middle of the night in rural Rajasthan. The road had become a dirt track, and our taxi driver was refusing to admit he was lost. I was trying to quell a rising panic when my friend Belinda turned to me and winked, “This is going to make a great story someday.” She was right. We eventually found our way to the hotel, but more important, we’ve been getting mileage out of that adventure ever since.

We’ve been friends for twenty years, and in that time, Belinda has moved from England to France to Thailand, and I’ve done two LA-to-NYC loops. Traveling together is what cements our relationship. Once or twice a year, we’ll meet up in a new place: the stranger and more unfamiliar, the better. We become our best selves on these trips. We make each other braver, wiser, more spontaneous. And we share the same medical need for coffee in the morning, so there’s that, too.

Here, we discuss our favorite memories from our past two decades of travels.

**Lisa Borgnes Giramonti:** We met in London in 1996 at a dinner party, and within twenty minutes, we had made a date to go on a Jack the Ripper ghost walk.

**Belinda Carlisle:** We clicked right away. Anybody who goes on a ghost walk is someone you have to take a second look at. Little did I know that you had the same deep-rooted curiosity that I did.

**LBG:** And then you called me up a couple of months after that and asked me to go to Kazakhstan with you for a concert you were singing at.

**BC:** I remember we were stuck in that big corporate hotel, and we had that bodyguard Akmed with the gun, and he didn’t want to take us beyond the gates, but we insisted. We wanted to immerse ourselves with the locals and have an authentic experience. Sometimes it worked, and sometimes it didn’t, like with that old Soviet bathhouse.

**LBG:** It had moldy gray tiles, and there was that Siberian prison-guard lady who started shouting at us, “No clothes, no clothes!” and we froze and then slunk shamefacedly out.

**BC:** But that’s what I loved about you: you were willing to try it. What bonds us is a sense of adventure and curiosity. When it comes to traveling, you don’t want to go sit on a beach somewhere. That’s not me, and that’s definitely not you.

**LBG:** Whenever we travel anywhere, we have our little explorer saints looking over us. Women like Freya Stark, (1), Sybille Bedford. One of our all-time heroes, author Lesley Blanch, was your husband Morgan’s godmother. I know how hugely important she was in your life, and still is.

**BC:** Before I met her, I never knew anybody like her, and I’ve never met anybody like her since. To me, she was the ultimate bohemian soul and traveler. In every way, she was living the dream — traveling all through Afghanistan and the Middle East, she had Bedouin boyfriends and this crazy life.

I would go over to her house in the south of France, and she would be in a turban and caftans with all her rugs that she had collected on her travels, and I would practically sit at her feet and say, “Lesley, tell me about Afghanistan.” And she would say, “Well, it was the most beautiful place on the planet, and the people were the loveliest, and they had the most wonderful figs and fruit and nuts …” She is my guardian angel, and I think of her quite a bit. Her stories opened me up to Central Asia, Iran, India, and gave me a different way of thinking.

**LBG:** Well, you have guts, that’s for sure. One of the things I’m in awe of is that 1,300-mile charity race you recently did driving a tuk-tuk through India.

**BC:** You have to do it with me next time. It was the most fun I’ve ever had. It was so extreme. I saw parts of India that no one gets to see and probably a world which existed one hundred years ago that doesn’t exist in the big cities. I went deep in the Punjab to towns in which they never see women driving, so for them to see a white woman at the wheel of an auto rickshaw was probably one of the weirdest things. I would draw crowds of 100 to 200 people. When I would pull into a chai stall to get a cup of tea, they would look at me like, *The alien has landed.* But it’s something I know you would love because it’s ticked all the boxes for me — a little extreme, a little dangerous.

**LBG:** We both like traveling places where all of our senses need to be fully alive. Twice now we’ve gone to hear qawwali music at the fifteenth-century shrine of Nizamuddin . And to all see the Sufi mystics drumming and singing and whirling. It’s so magical; you just surrender to it.

**BC:** Not everybody likes to leave room for the unexpected to happen. Sometimes a trip just needs to unfold. The most amazing things happen that way. That’s another reason why we are so good traveling together. And you like to take naps during the day like me.

**LBG:** And we love to be nerds. We sit around in our pajamas and pore over maps and figure out travel distances and research upcoming itineraries.

**BC:** We research it, we respect it, and we obey the cultural rules. If we’re going somewhere that calls for some modesty in covering our heads, then we cover our heads. And we don’t show up in cutoffs and a tank top. And I think that that’s really important.

**BC:** The burkini has opened up a whole new world for me. I get so many compliments on mine. And I know that local people appreciate us respecting their culture.

We know how small travel makes us feel in the grand scheme of things, which I think is a really important thing.

**BC:** I’ll never forget when we went to India and we were staying at the Oberoi in Udaipur and I was on the Stairmaster and the woman next to me said, “God, this place, we could be in Laguna Beach.” And I thought, *That is so true.* You’re never really going to get the experience of a place if you’re constantly being buffered with room service and fancy sheets. It’s nice to have once in a while, but it’s not necessarily the way I like to travel.

There’s so much out there to feed on. You and I have just discovered how amazing the history of the Silk Road is. Every day that I read that amazing Peter Frankopan book *The Silk Road*, I feel like I’m discovering something totally new. And I know that we’re going to go there and it’s going to be a much deeper adventure because we will be able to look at all those buildings and lift the veil of time.

**LBG:** Well, you know all I live for is traveling back in time.

**BC:** Whenever you go anywhere, you always come back a little different. I remember picking up a *National Geographic* when I was about eight years old and seeing pictures of Varanasi and feeling like it was familiar. When I’m in Old Delhi, I feel like I’ve been there many lifetimes. That’s what travel does. I love those moments in traveling, when it awakens something deep inside that you didn’t know you had.

*Lisa Borgnes Giramonti is an LA-based author and artist who refuses to let grass grow under her feet.*

*Belinda Carlisle lives in Bangkok when she’s not performing and travels mainly by plane, train, rickshaw, and tuk-tuk.*