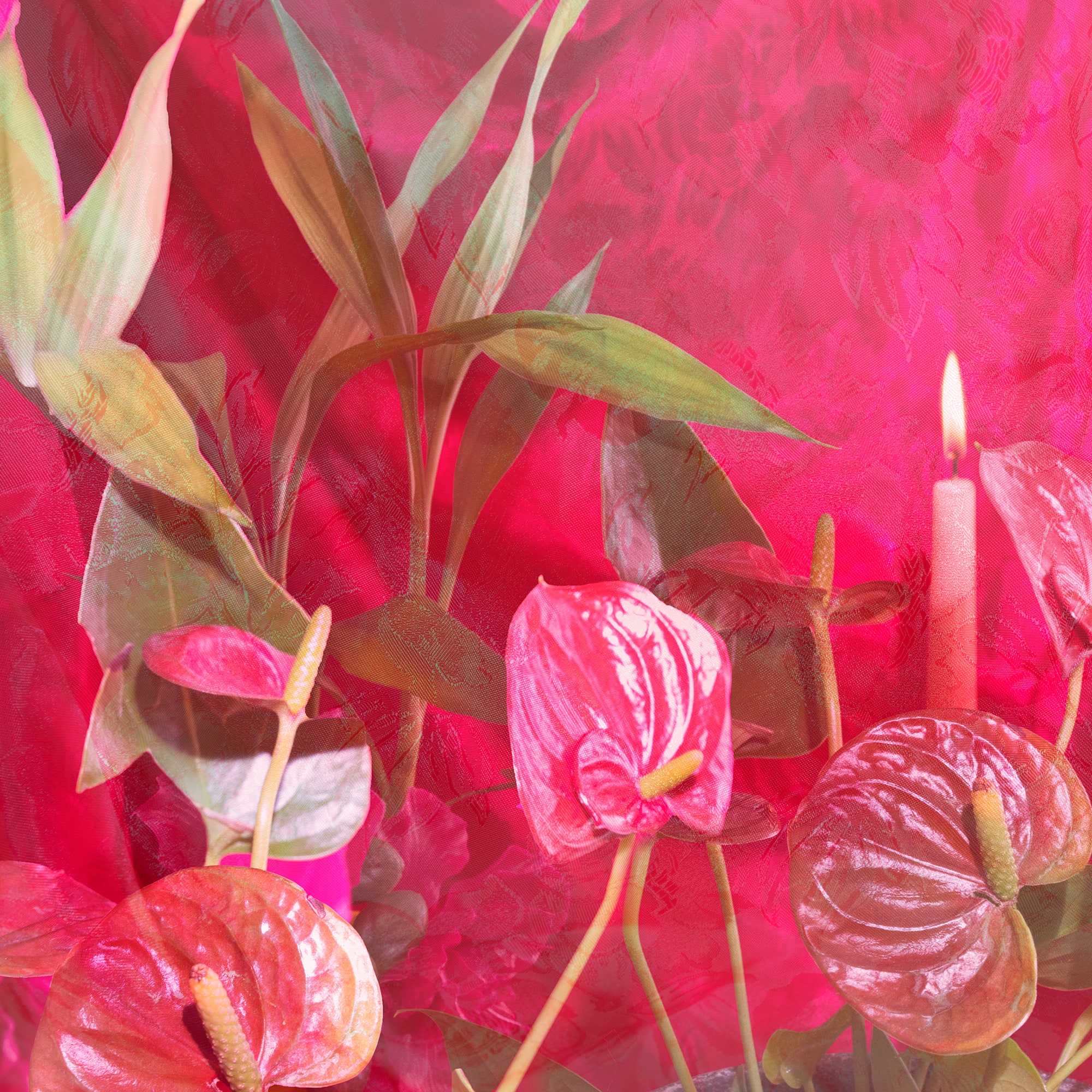 I remember that summer well. I was going to start junior high, I was going to turn twelve. My father was busy teaching summer school and worrying about money; my mother was overseeing the construction on our house and worrying about money. There were strange men coming in and out, fixing the carpets, tearing out a wall, adding a shower to the half-bath off the kitchen.

Our mother hated our house, our busy street, and was convinced, if she could only update the floor plan, we’d be able to sell and move to a better neighborhood, meaning one she preferred, on a quieter street, in another town. I buried myself in my books, dreading the move and the loss of my friends.

I remember Mom was taking part in the letter campaign to get *Soap* taken off the air because Billy Crystal played a gay man trying to win custody of his child. It was 1977, before Uncle Lincoln came out, and the church had condemned the show. My mother, dutiful Catholic, wrote her letters without ever watching an episode. I saw them in the typewriter that summer.

I watched an episode secretly, after I eavesdropped on her conversation with Sister Kevin. I checked the *TV Guide*, planned a distraction with the dogs, and turned to the channel while Mom was busy. All I remember was how boring it was. All these grownups talking talking talking.

*The Hardy Boys/Nancy Drew Mysteries* had started the same year. It was all I could talk about. I collected the cover profiles of Pamela Sue Martin from *People* and *Tiger Beat*; I had the lunch box, the T-shirts, the matching notebooks and folders. Mom was worried and had complained to Sister Kevin about me: “I’m afraid Lu-ying loves that TV show more than God.” Sister Kevin, bless her, had reassured Mom that it was just a phase. “Every girl loves Nancy Drew.” I loved Sister then, too.

One Sunday we took a rare break from the routine of Lewis and me being locked out of the house while our parents cleaned up after the workmen and argued. We were going to Manhattan to have brunch at my grandparents’ favorite Chinese restaurant, Chun Cha Fu, on West 69th, to celebrate something. Good news, my grandfather had told my father over the phone. He’d tell us when we got there.

We stopped by Ye-ye and Nai-nai’s apartment on West 71st to pick them up, but my grandfather wasn’t waiting for us on the sidewalk.

My father circled round the block once, then twice, and then my mother said out loud what we’d all been thinking. “Hmm, that’s strange. I wonder where your father is.”

One of the working girls on the stoops—my parents called them “professionals,” which confused me—perked up upon seeing our large, boat-like Buick Electra creep down the block yet again. She was thin and dressed casually, in a yellow tube top and cutoffs, it still being afternoon and not the usual working hours, but she approached the curb cautiously. Then she saw my brother and me, faces anxiously peering out the back window, looking for Ye-ye, and she waved a hand dismissively and turned back to her stoop.

My father set the blinkers, double-parking. He unlocked the doors with a click, then jumped out. “Move the car if you see any police,” he told my mother, then he bounded over to the callbox.

After what seemed like forever, Dad came running out of the building, red-faced, sweating. He threw open the car door; Mom barely had time to scoot over again. “Ye-ye’s been hospitalized. His heart.”

My father pulled out without looking, nearly hitting a yellow cab, which honked. The cabbie shouted out his window, “Asshole! You asshole! Whadyathink — ” My father honked back, pounding the horn over and over and over again until the cabbie drove off.

“George! George!” Uncle Lincoln appeared on the sidewalk, shouting, his face as red as my father’s.

My father turned and the two of them started shouting at each other in Chinese, then Uncle Lincoln jumped in the back seat, pushing Lewis into me. “Sorry, kids. Hey, kids, how you doing? George, George, look out. I haven’t heard from Harry.” Then they started shouting to each other in Chinese again. All I could recognize were their Chinese names: Hao-bo, Hao-hsin, Hao-hsueh. Only in English did their names really stand apart. Lewis and I were named after Uncle Lincoln, in fact. The L, at any rate. Because he and Dad were always the closest, despite their difference in age, and because Dad helped Uncle Lincoln choose his American name. I got the Chinese name because I was eldest, the first of the family to be born in America, and clearly the experiment, while Lewis just got the L.

Lewis whispered in my ear, his breath hot and wet against my neck. “Uncle Lincoln has a perm.”

I peered around my brother. Uncle Lincoln’s normally black, straight hair was now bent in stiff, orangish curls, like a wire sculpture of crispy noodles set atop his head.

Lewis pursed his lips together tightly, holding his tongue.

Uncle Lincoln leaned forward, holding onto the back of Dad’s seat, and shouted things I couldn’t make out. He wasn’t using simple words I understood, like the names of our family members, the dishes we liked to eat, how to say “Thank you” and “You’re welcome” and “Shut up, stupid egg!” Dad was facing forward, but he wasn’t really looking at the street or at the honking cars, he was staring into something unseeable and nodding.

I recognized the words for “father” and “kitchen,” and then Uncle Lincoln shouted in English, “Operator! It’s an emergency! Send an ambulance!” He held an invisible phone to his ear, pantomiming. “Quick! Quick! My father’s lying on the kitchen floor.”

Finally, we pulled up to the white loading zone in front of Chun Cha Fu. My father barely waited for us to get out of the car before pulling off with Uncle Lincoln, who was still shouting from the back seat, repeating everything he’d seen, the shock of it, over and over.

I followed my mother into the restaurant, a sick, hollow feeling in my stomach. Everything seemed strange. A waiter rushed up to us with three menus, the English kind. If Ye-ye were there, they would never have given us those.

Then Aunt Marcie stormed through the dining room, steering a stroller between the tables. She was wearing one of the long polyester caftans she’d adopted as a uniform ever since her pregnancy. It had been six and a half months since the baby was born, but she was still dressing like that, like a flowered awning had attached itself to her body.

“Vivian!” she called too loudly. “Can you believe it?”

My cousin Margot trotted after her. She looked hot, her cheeks flushed, her limp, black hair sticking to her neck and face. Aunt Marcie believed in cutting Margot’s hair very short; she said it would make it grow thicker that way. Margot was almost seven, but small for her age. The short hair didn’t help.

“Whath wrong with Ye-ye?” Margot lisped, sidling up to me. She set a Barbie on the tabletop. “I’m thared.”

“What happened to your tongue?” I asked.

Margot sighed, rolling her large black eyes. “Ith thore.” She opened her mouth and pulled her lower lip down so that I could see. There was a red plastic bead wedged in the gap between two of her baby teeth.

Margot shook her head. “I wath playing with the baby on the floor, and it juth happened.”

“Don’t make fun of Margot,” I said. It was hard to keep track of the little kids and eavesdrop on the adults at the same time.

“I suppose we’ll be the last to find out what’s going on.” Aunt Marcie flipped through the menu as though she actually planned to order something. “Where are the waiters?”

“As far as I can make out, Ye-ye has had a second heart attack.” My mother shook her head.

“Uncle Lincoln found him on the kitchen floor,” I interjected.

“Like I said, we’ll be the last to know.” Aunt Marcie put her hand in the air and actually snapped her fingers.

Now they’re going to spit in our drinks, I thought. The way Uncle Lincoln always said he and Uncle Harry used to back when they had to wait tables in high school.

But the bad part was only beginning.

Aunt Marcie looked straight at Mom as though she was just noticing the highlights, which Mom had just had redone. “My great-aunt Agatha went blonde, too. Just before she died.”

Mom and Aunt Marcie didn’t get along. Aunt Marcie was insecure, Mom said. She and Uncle Harry were going to get a divorce last year, but then Aunt Marcie had the baby, and now they weren’t. I knew because I’d overheard Mom on the phone with Aunt Marcie. Mom made me promise not to say anything.

I took a breath and held it until it hurt in my chest, pressing inside me like a dying balloon.

There’d be a fight at home now. All the bad moments were converging, everything at once, like we couldn’t hold them off anymore, as though there weren’t enough good memories to keep the bad ones from winning. Mom and Dad would fight in the kitchen, or worse, in their bedroom, and Mom would say she wanted to go back to her family in California, and Dad might shout, and she’d shout back, and glass would break, something small, a decorative vase, a picture frame, that red ashtray we used to have for guests. What small thing was left to break? I tried to remember from my dusting all the little tchotchkes in their bedroom. The purple glass perfume bottle. The blue clay plate from Laguna Beach that Dad kept his loose pocket change on. The giant conch shell we could all hear the ocean in. I didn’t want anything else to break. We didn’t have anything left that I wouldn’t miss.

*Excerpted from “Ghost Festivals,” a short story from the forthcoming book* Useful Phrases for Immigrants, *to be published by Blair Press, October, 2018.*

*May-lee Chai is the author of ten books, including* Useful Phrases for Immigrants: Stories, The Girl from Purple Mountain, *and* Hapa Girl. *She teaches in the MFA program in creative writing at San Francisco State University.*