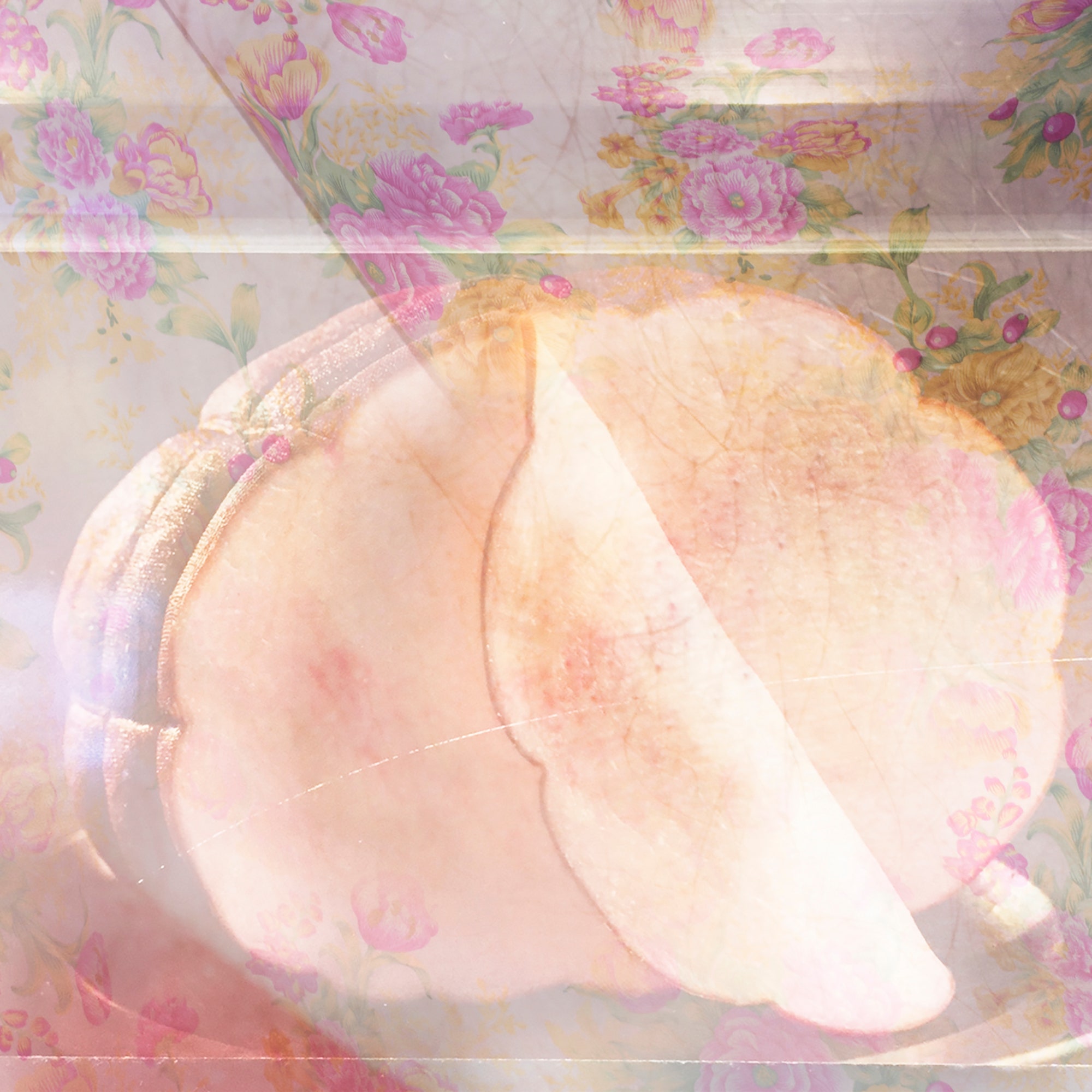 The winter I was sixteen, I took to eating cold cuts almost exclusively. After a fall semester spent hollowing out bagels and stripping the bread from sandwiches, I suppose this was the next logical step toward my most efficient possible way of eating: all protein. I bought my meals by the quarter-pound at the deli counter in the supermarket, or pre-sealed in plastic at the corner bodega, and ate on the streets, just walking from place to place, even though it was bitter cold in New York and my fingers numbed without gloves.

I was staying with my grandmother for winter break, at her apartment on the twenty-first floor of a building in midtown. Technically it was a studio, but it had been converted with strategically placed bookshelves. I slept on the pullout couch. The city was a gift from my parents while they Christmased with my brothers in Athens (Georgia) and the dog sitter kept our Sheltie, Ruby, company at our home in Larchmont. I’d lost a lot of weight that year, and my mother had been reluctant to let me out of her sight, but I was very serious about musical theater at the time, and my father had arranged for me to see several of the big Broadway shows.

Back at school I’d let everyone think I would be helping my grandmother, doing chores around the house, like carrying groceries back from the supermarket and administering insulin shots to the diabetic cat. That my grandmother needed help would have been unconvincing to anyone who knew her. At seventy, she saw more friends than I did, and it was not uncommon, when I got home from wherever, to find her on her hands and knees, rubbing a wet paper towel into the rug (the cat was pretty well incontinent). Most days she was running off to lunch plans or a hair appointment, and it left me very free to see my shows and wander the city with my headphones in. I don’t know if my parents told her to watch my eating, but she never said anything, and I adored her for that.

I’d just returned from a matinee of *Mamma Mia!* the day I found some other, smaller old woman in my grandmother’s living nook, trying to feed Temptations to the cat. She must have been in her eighties, at least, with hair like the inside of a stuffed animal. Maureen Howard, it turned out, was an acquaintance from the building — third floor — and she’d taken a bad fall.

“I got up middle of the night to use the bathroom.” She spoke softly, but in a way that conveyed a good deal of effort, as though her voice had to pass through several walls inside of her. “Next thing I knew …” — with one blue-veined hand she simulated falling, drawing a shaky arc through the air and swatting her other, open palm — “Splat.”

“On that hard floor,” corroborated my grandmother, just returned with fifty fresh towels from the laundry room.

“It’s stupid. My legs, I don’t know,” Maureen said, looking at the floor. “I get dizzy.” Her son was getting a flight back from his family’s ski trip, but since Maureen’s dizzy spells were still happening, the doctor didn’t think she should be alone. The sleeve of her housedress had fallen up her arm and I could see the bruises, which were a far deeper violet than any I’d ever had.

My grandmother gave Maureen an assortment of washcloths with which to clean herself up. With the water running in the bathroom, my grandmother stood by the bookcase, two fingers pressed hard to her lips.

“That’s scary,” I ventured, “what happened to her.” I thought I knew what my grandmother was thinking. One year she’d brought an Army veteran who sold books on the street to Thanksgiving, because he didn’t have anywhere else to go. My grandmother just had this way about her, of collecting people.

Finally, she waved her hand, dismissing me, or else some thought I wasn’t privy to, and shuffled to the kitchen.

When Maureen came out, in my grandmother’s green terry robe, all had been decided for her. Until her son could get back — and he was trying to get an earlier flight — Maureen would stay with us. Which really meant that she would stay with me, on the pullout couch.

At first, Maureen objected. “You don’t want to share your *space*,” she said.

“Oh, please!” my grandmother called from inside a closet.

Then Maureen spoke so only I could hear her. “You really don’t mind?”

“It’s a sleepover,” said my grandmother, in the sort of voice she used with me when I was a child, her arms full with the extra bedsheets.

In a nod toward the festive, my grandmother ordered fried rice, and the two old women sat at the low walnut table and gossiped about their friends, though they had none in common. They made fun of their husbands, too, both of whom had been dead a long time. I lay on the sofa with my phone, half listening.

“I loved my Eddie,” said Maureen, “but he couldn’t peel a banana.”

“Sam’s idea of helping was taking the dirty laundry to his mother’s,” said my grandmother.

Maureen laughed. Then she turned to me and asked, in labored breaths, “How about you? Any boyfriends?”

“Not yet,” I answered. The reality was that I couldn’t imagine letting a boy touch me ever, but I’d discovered at family gatherings that this hopeful way of answering seemed to appease people.

“Well, don’t rush,” she said. “It’s strange, living with a man.” My grandmother snorted, but Maureen had turned inward. “I remember I missed my friends. I missed my mother. A married woman — you wouldn’t think.” She paused, just long enough that I wondered if she’d forgotten she was speaking. Then she smiled. Oil from the rice shone on her lips. “And then I was the mother. But you never stop missing those other things.”

“Enough,” my grandmother said. “You’ll scare her.” She held out the last spring roll to Maureen.

“But Nina hasn’t had any,” she said, looking at me.

“She doesn’t eat,” my grandmother said, like it was nothing.

That night, before my grandmother turned out the lights, I watched as Maureen climbed carefully into our shared bed, easing onto her side. It had been so long since I’d slept this close to another person, heard the rhythms that were not my rhythms. I guess for Maureen it must have been even longer.

Her pink nylon nightgown was short with little ruffs at the shoulders, leaving her arms and legs bare. Here I could see the bruises more clearly. Some had turned yellow and gray, remnants of earlier falls. Her flesh was loose and liquid; it seemed to hang from her bones, like meat.

And suddenly I couldn’t sleep, with the thought of that jellied looseness, that flesh, touching me.

So, in the dark, I rolled out of bed and dressed, pulling some jeans and a hoodie on over my pajamas, and then I lay back down on the very edge of the mattress.

The next morning I woke up in all my clothes. Maureen was behind me, sitting at the walnut table, reading quietly. My grandmother passed through, emptying out the litterbox. She managed not to look at me at all. No one said anything.

Maureen stayed with us one more night after that, and again I went to bed in my street clothes. I couldn’t help it. Actually, I couldn’t sleep, anyway, because I could feel my grandmother’s disappointment in me from across the small apartment, and I could hear Maureen rasping at the farthest end of the bed.

So I lay awake, vaguely watching the clock that hung across the room. It was a strange place for a clock, dead center above the window, but there had been a clock on the building outside, and my grandmother had grown accustomed to looking that way for the time. The outside clock was still there, but a new tower had gone up, blocking the view.

The next day, when Maureen’s son arrived, in a hat and an overcoat, he was polite but refused a seat, and it felt a bit like handing Maureen over to the authorities.

After she left, the apartment felt quiet with just the two of us again. I went and turned on the TV, looking for something to watch. I could feel my grandmother come up behind me. She said, “There are bigger things in the world than you.”

Still flipping through channels, I told her I was sorry. I said it in an open-ended way, so that it could have been about anything.

I wish I’d known how to love things better.

I didn’t see Maureen again after that, and when my grandmother died, many years sooner than we all expected, there was no M. Howard on the third floor anymore. I’d stopped starving myself by then, because there are some things you finally forgive yourself for. And some you don’t.

*Julia Pierpont is the author of* Among the Ten Thousand Things *and* The Little Book of Feminist Saints. *She lives in Brooklyn, New York.*