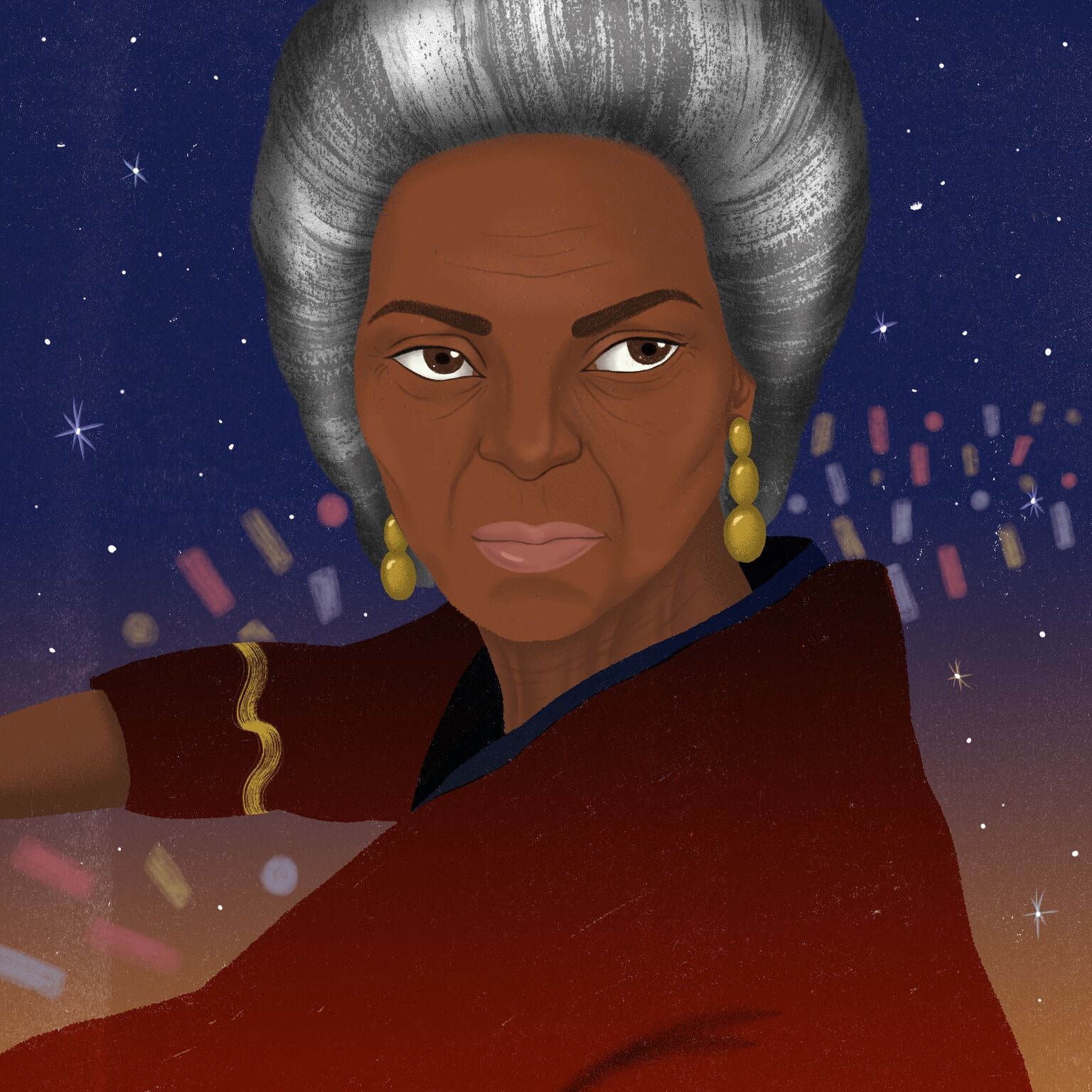 Before I could name the planets of the solar system, I was a fan of _Star Trek._ I attribute this to my father, who grew up watching _The Original Series_ as a kid in the ’60s. As the daughter of a dedicated Trekkie, my love for Gene Roddenberry’s enduring franchise was as hereditary as my nearsightedness. Together, we’d spend the weekends camped out on the couch in our living room, watching back-to-back episodes of _The Next Generation_ _._ During commercial breaks, he taught me about (1) and the origin of (2). Episode after episode and year after year, I watched in awe as each captain of (3) boldly explored the unknown.

From the very beginning, _Star Trek_ broke boundaries by exploring issues like racism, sexism, ableism, and homophobia through the lens of science fiction. The series has helped us reimagine the margins of the future and the vastness of humanity’s potential. It introduced us to a reality where intergalactic space travel can occur at the blink of an eye and where women like Lieutenant Nyota Uhura — first portrayed by the legendary Nichelle Nichols — are integral _and_ respected members of their starship’s crew. It gave us the capacity to dream bigger dreams.

Much like Lieutenant Uhura, Nichelle is a trailblazer. One of the first actresses of African descent to portray a character with a skilled profession on American television, Nichelle, in her role on _Star Trek_ , drew attention to the lack of representation of women of color in Hollywood while illustrating the ways in which diverse narratives within media can inspire younger generations. Without her, (4) — the first black woman to travel to space — wouldn’t be an astronaut. Whoopi Goldberg wouldn’t have been an actress. It’s not an exaggeration to say that Nichelle is a living legend.

In person, her demeanor is as regal as you might imagine and equally inviting. Like the embodiment of Lieutenant Nyota Uhura’s first name, which means “star” in Swahili, Nichelle’s energy shines bright. At last year’s New York Comic Con, on the outskirts of a teeming crowd of cosplayers, I chatted with Nichelle about her childhood, the power of believing in your dreams, and the inevitability of a progressive future.

**Dianca Potts:** Your role as Lieutenant Uhura on _Star Trek_ and your advocacy for women of color paved the way for so many women to pursue their goals. Was there a woman in your life who helped you achieve yours?

**Nichelle Nichols:** I had an aunt, my father’s sister, who was just the most beautiful person. She was smart and glamorous and she took a liking to me. She taught me so much about the industry. When I told her I wanted to become an actress, she said, “That’s wonderful, now let’s get you signed up for classes so you can learn about your future profession.” I listened to her and followed her advice and became exactly what I wanted to be.

**DP:** It sounds like she really helped you cultivate the skills you needed in order to turn your dream into a reality.

**NN:** Exactly. She took my dream seriously. She validated it.

**DP:** You came of age in an era where representations of blackness in television and film were scarce. How was your desire to pursue acting affirmed, despite Hollywood’s lack of diversity?

**NN:** Back then there weren’t as many people of our race in the industry, so those who were successful were very special to me. Whenever they were in a film or on television, I would watch them and study their work. My parents were also extremely supportive. I used to put together little shows and perform for them. They were wonderful about it and even gave me critiques on how to improve. Some family members thought that it was a waste of time. They thought that I should only spend time studying for my exams and preparing for college, but my dad always told them, “She’ll take her exams, but she’s going to be who she wants to be, not what everyone else wants her to be.” My mother felt the same way. They always believed in me.

**DP:** In addition to acting, you’re also a singer, an activist, and a philanthropist. Was there ever a moment where you doubted your path?

**NN:** A few times, yes. I once overheard one of my aunts, who I admired greatly, ask my father why I wanted to go into acting. That was the first time I heard anything negative about show business, and I was dejected because I respected her so much. Thankfully, my father interrupted her and said, “She could grow up to be the finest actor or singer or entertainer or whatever on the planet, and you would probably still say the same thing.” I was listening in the other room, so after he said that, I made my entrance and gave her a twenty-minute show of singing and acting and won her over. It felt good to prove myself to her. That moment taught me that if you do something right and you put your mind and energy into it, not even naysayers can dismiss the value of your work.

**DP:** My dad is a Trekkie, so I watched a lot of _Star Trek_ as a kid. Seeing black women like you and Whoopi Goldberg as part of the series was huge for me. As Lieutenant Uhura and as an ambassador for NASA, you’ve inspired women of color like Dr. Mae Jemison to pursue careers in STEM. When you first realized the impact of Lieutenant Uhura, were you surprised?

**NN:** I was so excited and impressed that black women and women of color were going where no man or woman had gone before with NASA. I’ve always been fascinated by the space program, even before the show. When I was a child, I read everything I could find out about space, and when people asked me what I wanted to be when I grew up, I always had two answers. I want to go into space, and I wanted to be an actress. In a way, I managed to do both.

**DP:** Throughout your career, you’ve witnessed monumental leaps in progress followed by moments of political unrest and regression. Do you think that a more inclusive and just future is still attainable?

**NN:** Absolutely. It is inevitable because that’s who we are as a nation. But in order to get there, we have to prepare our children for it. We have to teach them and show them what’s right by our actions. We have to give them the tools to become who they want to become, whatever that is, and most importantly, we have to respect their dreams. If someone wants to become the president of the United States, you can’t say “Oh, no, you can’t because you’re black” or “You can’t because you’re a girl.” You can be whatever you prepare yourself to be. You just have to define your dream and move toward it.