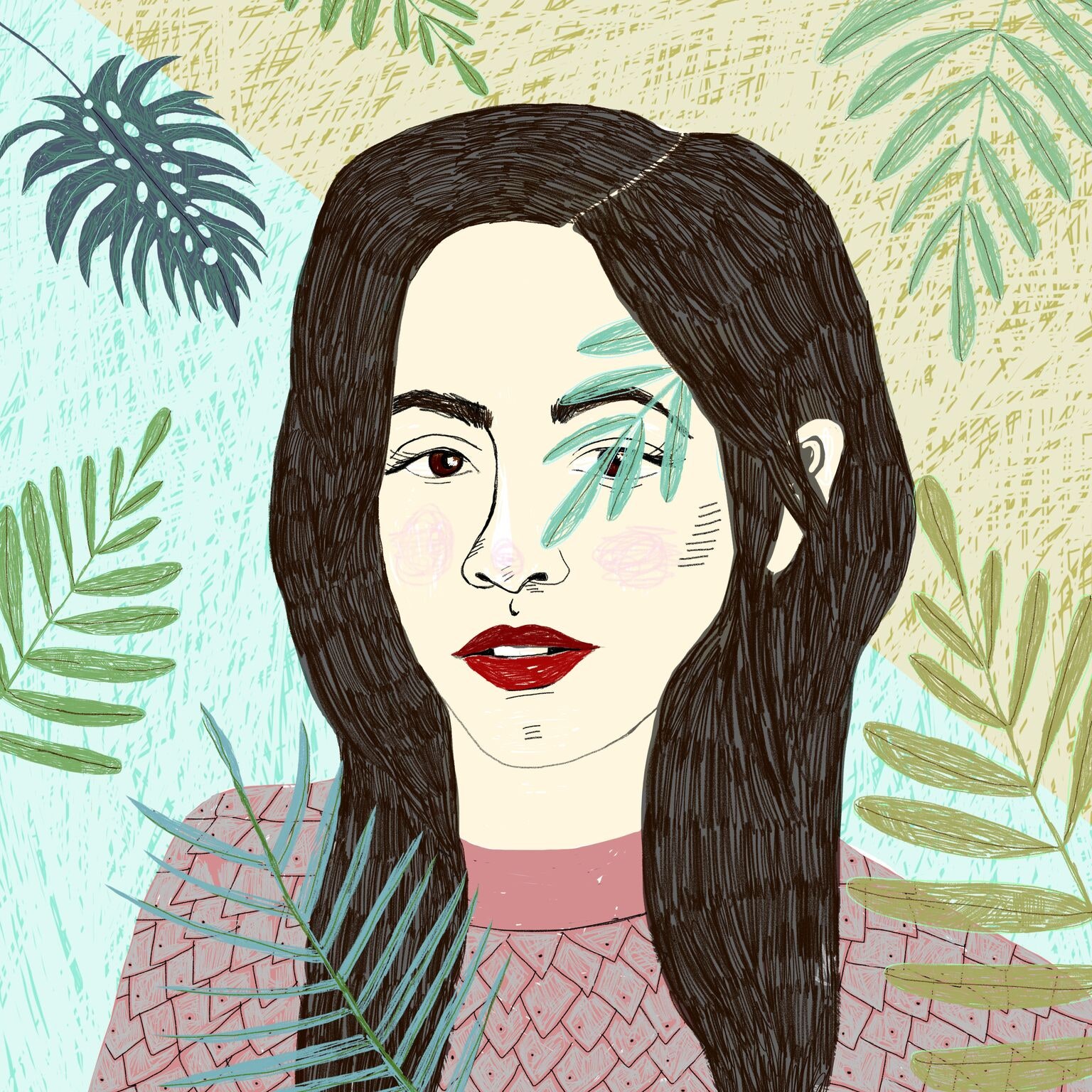 Camila Cabello is only nineteen, but she’s already a tried and tested veteran: a member of girl group Fifth Harmony since she was fifteen — having left last month amid much internet fanfare — she can explain the ins and outs of the glittery but fickle pop-music industry like someone much older. It’s this candor about the joys and challenges of her profession (as well as a killer voice and a DGAF attitude) that initially made me a Camila fan, and I (1) about what keeps her sane, life as a Latina in the public eye during this election year, and the commodification of teen sexuality.

She was wise, open, and giggly, and I found myself listening to her social-media advice like she was my middle-aged therapist. This interview, given a few days before her exit from Fifth Harmony, is evidence that she’s only just begun to tell her story and that what comes next will be on her own terms (and may involve space travel to Planet Sexy).

**Camila Cabello:** I think what’s kept me from, like you said, going off the rails, is my mom. I have my mom with me all the time. I literally don’t think I could function without her. She’s been through so much in her life that’s real shit. She came from Cuba. My family came from places where a lot of people didn’t have food to eat. Whenever there’s stuff here, little stuff that could make you angry or makes you forget that we have so much to be grateful for just having hot water, my mom makes sure to remind me of what’s important. I’m so happy to have her around. I really don’t think I could do it without her.

**LD:** That’s amazing. Speaking of your mom, she is Cuban. I want to ask about being a Latina in the music industry. Although there is diversity, you’re online and you deal with the craziness of trolls and the kind of inherent racism that comes with living in America right now. I wondered if you ever feel that? How do you feel strong and connected to your identity when we’re living in such a strange time with so much hateful rhetoric around difference?

**CC:** The best decision that I’ve taken in my career thus far has been this year I’ve just stayed away from social media. I don’t go on it, and I just keep myself focused on getting better and growing as an artist and finding different ways to grow as a person. It’s just kept me grounded, and I don’t have 1,000 people thinking that they didn’t like my shoes. Even though I know that there’s way more support than there is hate, I don’t have that in my head. That was one thing.

Anyway, as far as the Latina thing, I feel like this has kind of been a crazy year for us because of everything that happened with the election. I didn’t even realize how much racism was still prominent in our country. I live in Miami, and there’s so many cultures there. I remember going to school, and 99 percent of the students there, their parents didn’t have English as their first language. I don’t come from a place where that’s even a thing, you know what I mean? There’s Cubans, there’s Puerto Ricans, there’s Haitians. It’s a melting pot. Just like I imagine New York is. If you’re a racist living in Miami, you got to move because you’re going to be seeing your worst nightmare everywhere.

I saw so many videos and so many Latino anchors from news that I watch interviewing people that just hated us and thought that we were inferior. It made me realize, _Whoa, this is really still happening._ I feel like in a way that’s just kind of made me prouder of my roots. To be honest with you, I didn’t think that I would be as politically outspoken as I was this year about the election. I know that it’s a really personal decision, voting.

**CC:** Yeah, this is the first year I could vote. All of the things that were being spoken about hit so close to home, to me being an immigrant and being a Latina, that I just felt a responsibility to stick up for my people and my culture. Just seeing all of the debates and me and my family around talking. Seeing all of the passion in their eyes because they’re the people being spoken about. Now and forevermore, I’m going to stick up for immigrants and I’m going to stick up for Hispanic people and their rights. I feel like that’s just my job.

**LD:** That’s really beautiful. Speaking of using your voice, there’s a lot of pressure on young women to present themselves as full-time sex symbols. I wonder how you balance being who you are with the demand of putting forth an image of constant young, free, excited sexuality? Have you ever had to push back against something that someone was asking you to do?

**CC:** Oh my God. Yeah, definitely. Especially with being a girl group, there’s been a lot of times where people have tried to sexualize us to just get more attention. Unfortunately, sex sells. There’s definitely been times where there’s stuff that I have not been comfortable with and I’ve had to put my foot down. There’s nothing wrong with showing sexuality. If you have that inside, it’s just an expression of who you are. If you want to share that with people, that’s amazing. I love that. Look at Rihanna. She’s so sexy. She comes from Planet Sexy. I worship her. I really, really do.

I definitely think being a young girl, there’s a time where — like when you’re in middle school or when you first start liking boys — you don’t really feel comfortable. You remember that time when you first got your period, or when your boobs started coming in, that you were like, _This is weird._ You have to grow into yourself. I feel like it’s been tricky because we’ve had to grow into ourselves while being in front of the world and while making songs that did have a lot of sexual undertones.

**LD:** Like the song that my partner Jack wrote for you, “Dope.” It’s beautiful, and your voice sounds beautiful on it, but it’s definitely about a sexual infatuation, and that is what people want to hear from young women if they’re sort of given the choice.

**CC:** Totally. I’ve realized that growing into myself now, I think two years ago I would’ve been afraid to sing about that. That’s completely natural because I wasn’t ready yet. I think the thing that I would say to young women is, if you’re not ready for it, put your foot down.

_Lena Dunham broke the Internet when she left her popular girl group, the UTI Unicorns._