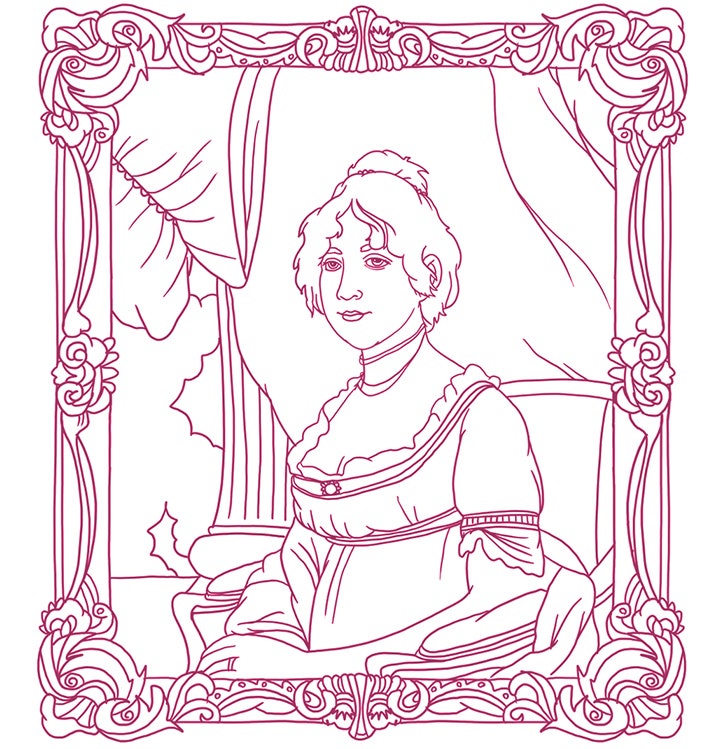 _This piece was inspired by the New-York Historical Society’s new Joyce B. Cowin Women’s History Gallery, which reveals women’s contributions to the American experience._

_Informed by a deep knowledge and love for the world of 1970s rock ‘n’ roll, artist_ (1) _was inspired by her dad’s vinyl covers and comic books growing up in New York. Now based in Los Angeles, Rotter’s intricate hand-drawn psychedelic illustrations have appeared on everything from public murals to album covers. Her debut book_ (2) _was released in October, 2016 on Hat and Beard Press._