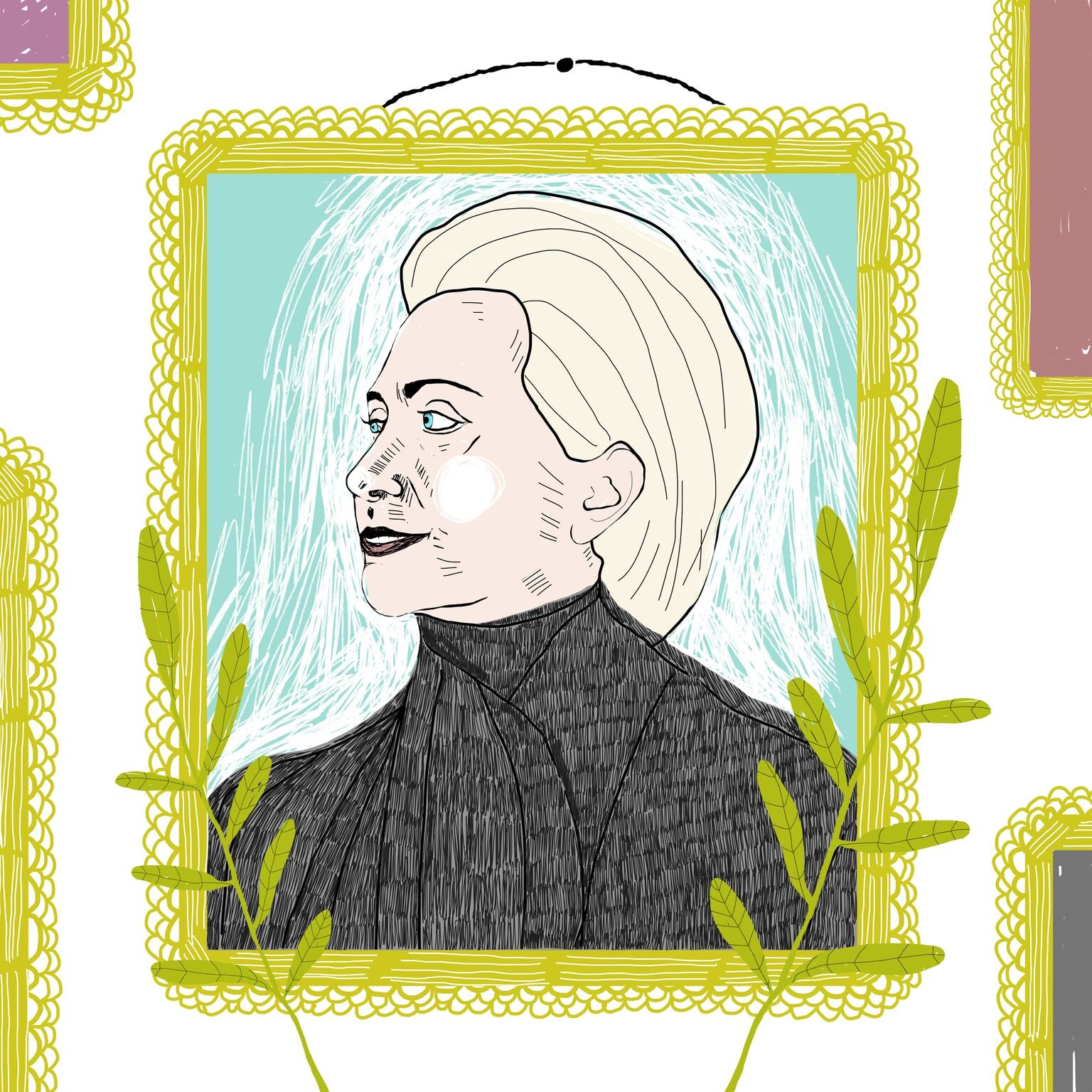 When people told me they hated Hillary Clinton or (far worse) that they were “not fans,” I wish I had said in no uncertain terms: “I love Hillary Clinton. I am in awe of her. I am set free by her. She will be the finest world leader our galaxy has ever seen.”

I wish, in those exchanges, I had not asked gentle, tolerant questions about a hater’s ridiculous allergy to her, or Clinton’s fictional misdeeds and imagined character flaws. More deeply still, I wish I had not reasoned with anyone, patiently countered their ludicrous emotionalism and psychologically disturbed theories. I wish I had said, flatly, “I love her.” As if I had been asked about my mother or daughter. No defensiveness or polemics; not dignifying the crazy allegations with so much as a Snopes link.

Maybe “I love her” seemed too womany, too sentimental, too un-pragmatic. Not coalition-building, kind of culty. But people say with impunity they love Obama, the state of Israel, their churches, Kurt Cobain. In the end, I wish I’d said it because it’s true.

> Maybe “I love her” seemed too womany, too sentimental, too un-pragmatic.

And I’m not alone in my commitment. Millions of Clinton’s supporters — we were thanked by Clinton as the “secret, private Facebook sites” — expressed it among themselves, all the time, in raptures or happy tears with each new display of our heroine’s ferocious intelligence, depth, and courage. We were frankly bewildered by the idea that anyone would hedge their commitment to her (“You don’t have to be her friend”; “Yes, she’s made mistakes”; “lesser of two evils”). We didn’t remember anyone turning to this stock ambivalence when discussing Obama, Babe Ruth, FDR. If only one reporter — they knew about us — could have published a headline like “Clinton Inspires Historic Levels of Adoration From Her Supporters” about the people who have had their lives transformed by the power of her brilliant campaign, unrivaled effectiveness, and extraordinary career. Just one headline like that, like the ones Bill Clinton got.

Usually a legend is made by men and media — the legend of Kennedy, say, or Jim Morrison — and then, much later, a biopic, pretending to evenhandedness, reveals the legend’s shortcomings, his “human” side. The shortcomings are almost always something exactly no one actually believes compromises his heroism. His problem drinking. His mistreatment of women. Well, takedowns of Hillary were always already written. She has somehow made the time to hear out each dead-end line of reasoning about her fake mortal sins, and often she has also thanked everyone for sparing her further moral lashings, as if that were a kindness. Under cover of “humanizing” the intimidating valedictorian, reports and investigations and media clichés vilified her. But the feminist hero never got to be a legend first. And yet she is one, easily surpassing Ben Franklin, Henry Ford, Steve Jobs.

> But the feminist hero never got to be a legend first. And yet she is one, easily surpassing Ben Franklin, Henry Ford, Steve Jobs.

I want to reverse the usual schedule of things, then. We don’t have to wait until she dies to act. Hillary Clinton’s name belongs on ships, and airports, and tattoos. She deserves straight-up hagiographies and a sold-out Broadway show called _RODHAM._ Yes, this cultural canonization is going to come _after_ the chronic, constant, nonstop “On the other hand” sexist hedging around her legacy. But such is the courage of Hillary Clinton and her supporters; we reverse patriarchal orders. Maybe she is more than a president. Maybe she is an idea, a world-historical heroine, light itself. The presidency is too small for her. She belongs to a much more elite class of Americans, the more-than-presidents. Neil Armstrong, Martin Luther King Jr., Alexander Fucking Hamilton.

Hillary Clinton did everything right in this campaign, and she won more votes than her opponent did. She won. She cannot be faulted, criticized, or analyzed for even one more second. Instead, she will be decorated as an epochal heroine far too extraordinary to be contained by the mere White House. Let that revolting president-elect be Millard Fillmore or Herbert Hoover or whatever. Hillary is Athena.