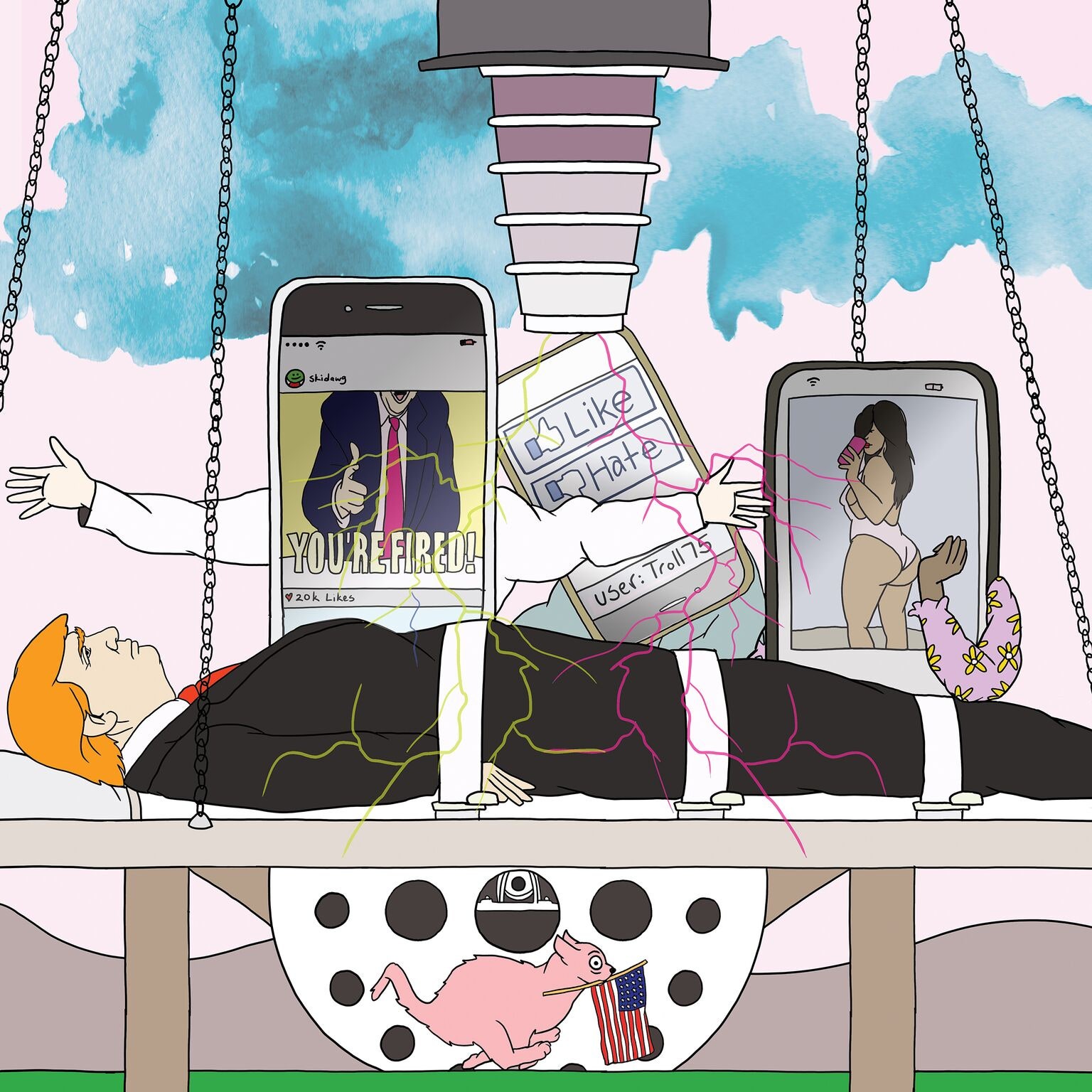 The day after the election, I went to bed restless and worried, thankful that I did not have children who I had to explain this to, or kids in a classroom I had to face today and say, “Sorry, but sometimes the bad guy wins. Sometimes the bully gets his way.” The pit in my stomach was starting to feel like some kind of avocado-sized tumor of pessimism and regret, and I started to imagine all the tumors of anger and disbelief, growing overnight. So I started counting them like sheep, and even then, I could not fall asleep. And when I woke up from the little naps I cobbled together, I started thinking about how amazing it was that I had slept as well as I did these past two years.

I should have been sleepless much earlier, because Trump’s election is the product of our country putting education so far on the back burner that we’ve forgotten it’s a privileged, lifelong pursuit, not just a compulsory mainstream school system.

We are obsessed with technology and instant gratification, with television and media consumption, and we live in a free world with freedom of speech and freedom of the press. And in theory — none of that sounds bad. It sounds like the coupling of forward progress with the personal freedoms we have as citizens of a democracy. But it’s not as easy as criticizing the pairing of those things. The mistake we made here was not in their coupling. It was that we never bothered to curate this specific and evolving type of consumption.

> We are obsessed with technology and instant gratification, with television and media consumption, and we live in a free world with freedom of speech and freedom of the press.

America has been mixing this cocktail for a long time, the one where we choose entertainment over education. For anyone thinking that last night came out of nowhere, I assure you it did not, and here’s why:

When we embraced a reality-television star who found joy in saying “You’re fired” while the country was in a recession, we raised this kind of vote.

When our television didn’t show us the violence and humanitarian crises across the globe — things we should have been helping with a long time ago — we created a third-party presidential candidate who didn’t know what Aleppo was, and we raised this kind of vote.

When we said it was OK for a celebrity to sexually assault a woman and then still keep his job, we raised this kind of vote.

When we looked the other way when a beloved movie star went on an anti-Semitic rant and then we still gave him the money to make movies, we raised this kind of vote.

When we put reality-television stars on the Time 100 list, we said that they are more impactful than the aid workers in the refugee crisis — and we raised this kind of vote.

And when we turned the news on every day to watch Donald Trump with his bigoted, racist comments, we gave networks ratings, and money, and attention — and we raised this kind of vote.

And now the product of this behavior is coming at a price. Instead of empathy, we are choosing escapism. And not the kind of escapism you think when you hear that word.

Trump was perhaps the grandest example of escapism of all. He exists in a retro space of his own invention, where facts are fungible and everything wrong with America can be pinned on the backs of immigrants and people of color.

> Trump was perhaps the grandest example of escapism of all.

President-elect Trump should be taking accountability for his words as well as his actions, for his insults toward almost every person in this world other than straight white males — but that’s not really the point here. The point isn’t that we enabled him. The point isn’t even that we elected him. _The point is that we invented him, because we weren’t paying attention._

I’m not saying that we shouldn’t watch _Keeping Up With the Kardashians._ But what I am saying is that only watching that and never flipping the channel to world events is no different than the kid who can’t make the distinction between violence in a video game and violence in real life. And even when we are paying attention to world events, it’s often in a bubble of our own biased creation. We see one existence, one set of reactions, one point of view of a story. We are developing a lopsided sense of what’s going on out there — and in effect a lopsided response.

And it’s not as simple as saying we are losing perspective or humanity when we choose the reality show over the Sunday news magazine hour. It’s what happens when we don’t make time for education as well as entertainment. We are consuming media at such a rapid pace, and without fully understanding the consequences of it, that our ethical responses in real life are suffering. This election is a sobering reminder of all of this. We have treated each other horribly. We have said some awful things to each other and about each other, things that will take a long time to heal.

> This election is a sobering reminder of all of this. We have treated each other horribly. We have said some awful things to each other and about each other, things that will take a long time to heal.

These trends make clear that you and me, we may have the best of intentions for this country, just as President-elect Trump and his supporters do — but until we look inward and acknowledge the role each of us has played in creating not just the outcome of the election, but the culture of not valuing each other, listening to each other, and learning about each other — and not just the people who look like us or share our beliefs — we might as well start all over again.

So what can we do?

We can begin by acknowledging that what we have now is a mess — but it’s not irreparable. And we can work to clean it up. We can sign up to help a refugee family get acclimated. We can make a concerted effort to look at our personal news feeds so that we include a website or publication we wouldn’t normally read. When we go to the lifestyle sections and flip through the red-carpet photos from a movie premiere, we should also be looking at Lynsey Addario’s photography of war-torn areas. We can look to the companies that are encouraging conscious capitalism as examples of how to do business that helps everyone, not just their bottom lines.

We can ask someone else how they are doing, and then we can ask ourselves how different this world would be if just once a day, we considered someone else’s pain or needs before our own. And let’s be clear: asking these questions of ourselves, resetting our course here — that’s as much on our president-elect and his team as it is on the rest of the country. It is a moral imperative and his administration’s responsibility to consider women and minorities and to earn the ear of everyone who has been hurt by his words and actions in the past.

There’s always more to be learned, and the world around us is the best educational institution we could hope for. But it only works if we all show up for class.

_Samantha Becker is a principal at Fenway Strategies, a speechwriting and communications firm. She served as Steven Spielberg’s assistant and was the associate producer of_ The BFG.