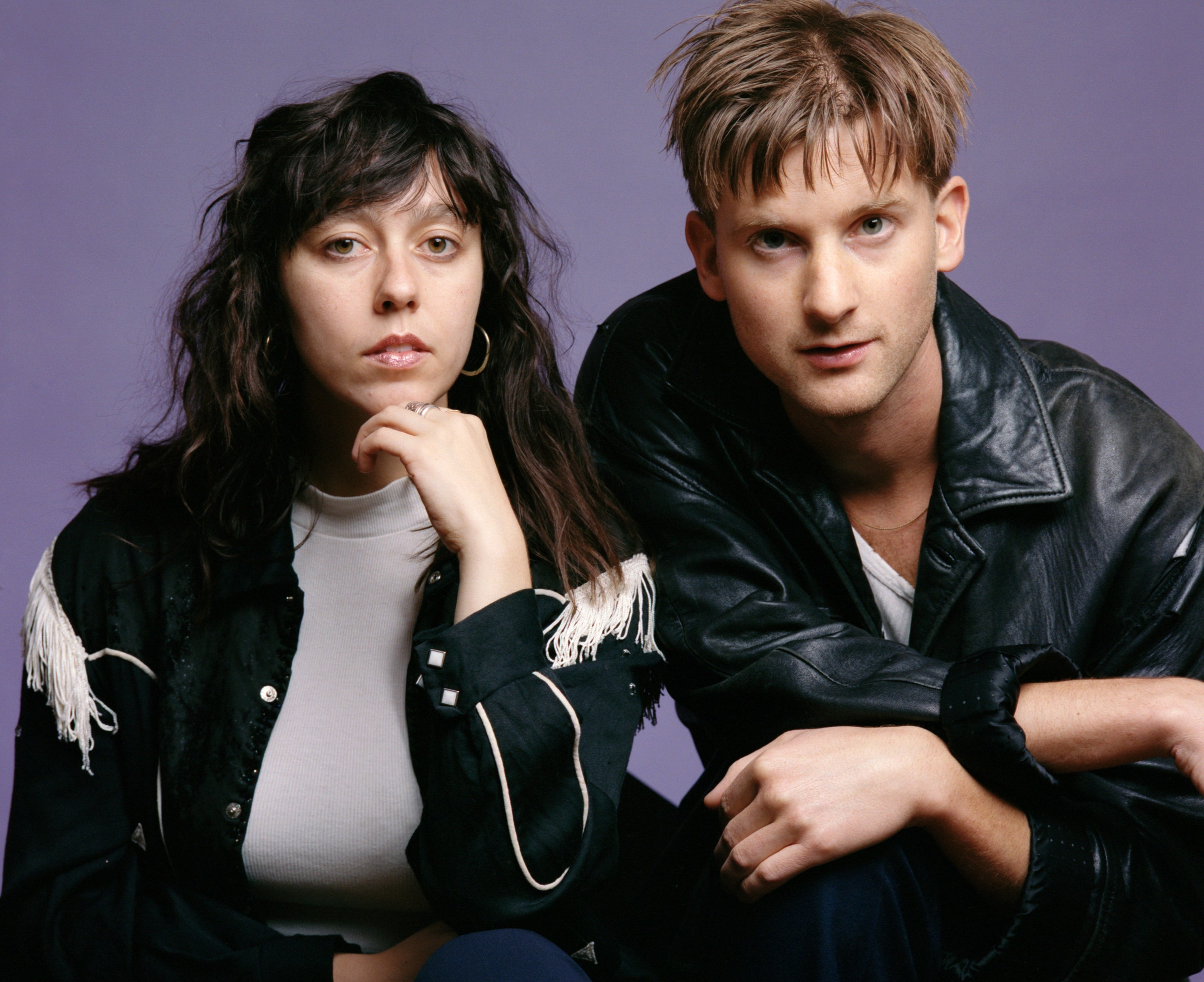 “Go ahead, watch it right now with us,” instructs Blue Hawaii front woman Raphaelle Standell. She texts me a link to a YouTube video that her bandmate Alexander Kerby has been obsessing over during our Skype interview. We’re worlds away. I’m in Los Angeles, and the band is on vacation in Athens, Greece, but the sight of a beluga whale happily bobbing in its tank, watching a mariachi band play, while Kerby, Standell, and I coo in unison makes the distance insignificant.

It’s that sense of digital intimacy that’s explored on the duo’s second full-length album, *Tenderness*. Onetime romantic partners who met in Montreal’s DIY music scene, their debut EP, 2010’s *Blooming Summer*, was a warm soundscape, inspired by a backpacking trip through Central America. But by the time they started recording their debut album, *Untogether*, in 2013, the couple were already separating. The icy beats and haunting layers became a breakup album. After its release, the duo put their project on hold and took time apart. Now, four years later, Standell and Kerby — who go by the names “Raph” and “Agor” — are close friends and bandmates again. But it took some time to get there.

In the years following *Untogether*, Kerby relocated to Berlin and London to focus on DJing and producing. Standell stayed in Montreal to work with her other band Braids. It wasn’t until they both found themselves in Los Angeles that the two reconnected as Blue Hawaii.

It wasn’t planned, Standell tells me. Admitting she works best, creatively, in partnerships, Standell began regularly meeting up with Kerby to ignite some inspiration, leaving her humid pool-house apartment to hang out at “Glamdale,” the name Kerby gave his mirror-heavy rented mansion. The pair would walk the dogs left in Standell’s care, hang out, and make music.

“It was just so easy,” Standell says of their impromptu recording sessions. “Alex and I tend to write really quickly. And we found we were doing exactly that.”

During that time, Standell also ended a long-term relationship that had existed primarily through text message due to both distance and her touring schedule. *Tenderness*’s warm disco beats, swoony string samples, and washes of synth became the backdrop for her emotional postmortem, her feelings swinging from nostalgic (“No One Like You”) to sorrowful (“Make Love Stay”) and back again. The band’s album cover — an image of Standell and Kerby on a couch in Glamdale’s bubblegum-colored living room, distractedly texting other people — perfectly captures the mood she wanted to convey.

“When you have a long-distance relationship, there’s so much projection and so much fantasy,” Standell says. “You’ve built this person from afar into an ideal, and it’s really hard when it comes crashing down. It’s really hard when you realize you’ve done this to yourself.”

Their sixteen-track album also tackles another feeling that comes as a result of digital-only intimacy: loneliness. It’s seen in the tracks and lyrics, from a wildly speculative voice message from Standell’s aunt, who, unable to get in contact with her, is forced to guess what the “big news” might be (“I was thinking maybe you’re pregnant,” she says, backed by a grimy dance beat) to “Younger Heart,” which tackles the idea of romance and miscommunication in the digital age (“Wanted you to want me / Ignoring the growing pain of this arm candy game”). The video for “Younger Heart” (which Lenny is premiering) continues exploring that sense of disconnect. In it, Standell is wandering the streets of Athens alone, texting flirty videos and gazing sadly out of plane windows, with all the footage captured on cell phones.

Our Skype interview quickly turns to conversation about what to do in Greece; both Standell and Kerby are excited about the last few days of their vacation before heading back home and want to know what beaches and islands to visit. But they’re also excited about what’s next for them as a band.

“It was really crazy to realize how long it had been and how the momentum was there before and how much work it takes to get it back. It’s like caring for a child,” says Standell.

And then, together, the two laugh.