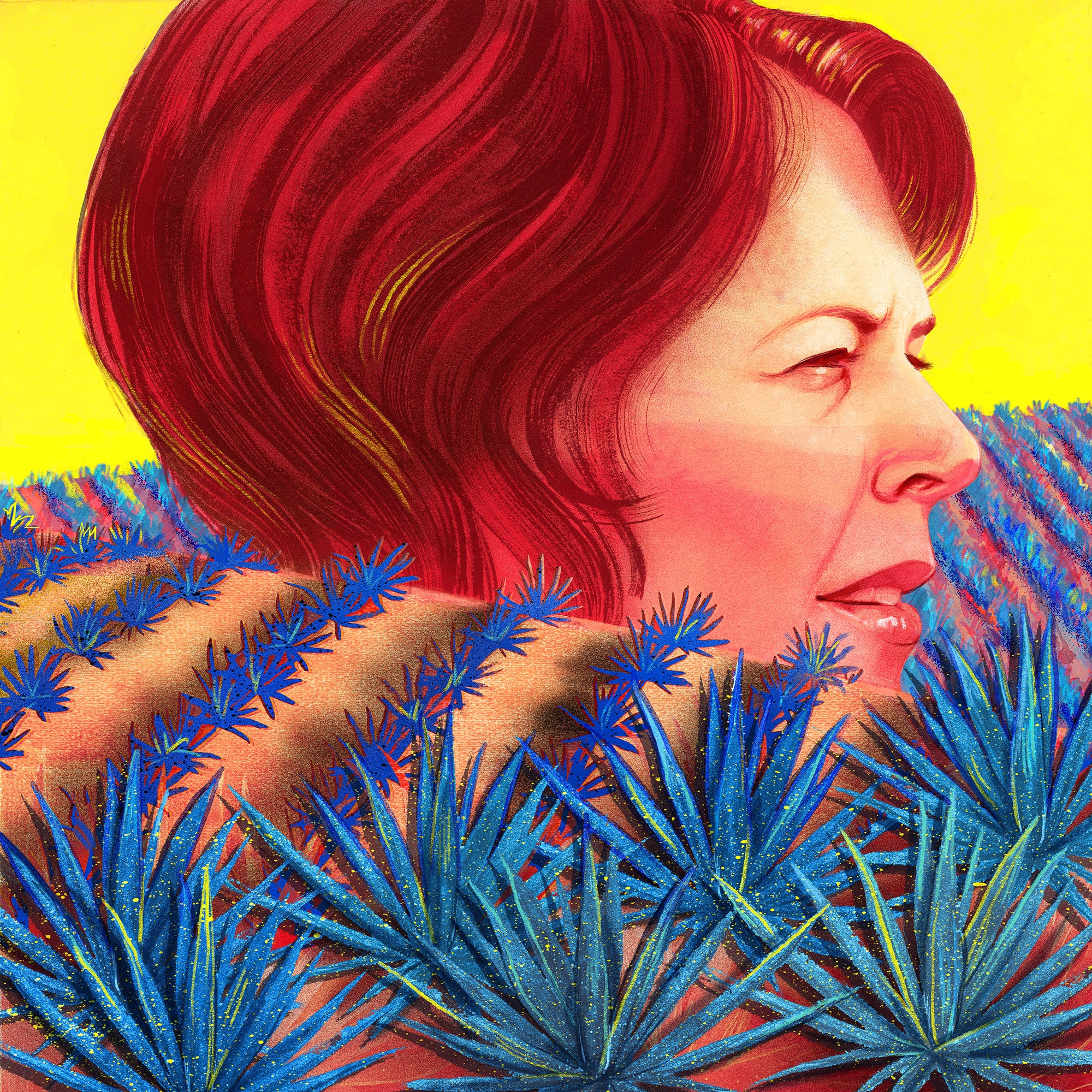 While you were toasting to better times (or drowning in your sorrows), there’s been a quiet shake-up in distilling. Traditionally male-dominated, the spirits world is putting more women in charge of making the liquors you drink.

The spirits industries and individual houses vary on how they grant titles, but typically “master distiller” and “master blender” are awarded to those who’ve had years of hands-on experience in distilleries and at least some college education (usually in chemistry). Each industry has its own certification and tasting boards, too. Thus how one moves up within the ranks to become a master distiller or a master blender is specific not only to each spirits sector but also to each spirits house. Many of the world’s best-known spirits houses were founded by men, who often anointed other male colleagues as master distillers and blenders when they stepped down, setting up generations of male leadership.

But things are finally changing. Last fall, Bombay Sapphire hired Dr. Ann Brock, who has a PhD in organic chemistry, as its master distiller. She joins a rarefied but growing demographic of female master distillers and blenders.

Lesley Gracie, who joined William Grant & Sons in 1988, is credited with creating the Hendrick’s Gin recipe in 1999. Gracie is still master distiller for Hendrick’s, where she is one of just five people in the world who know how Hendrick’s is made. At Dewar’s, master blender Stephanie MacLeod crafts all that Scotch, while in Jamaica, you’ll find Joy Spence, the celebrated master blender for Appleton Estate rum. (Spence, incidentally, is the first woman in the spirits industry to hold a master-blender title, according to Campari Group, which owns Appleton Estate.) Jassil Villanueva Quintana is the first female head distiller for Brugal Rum; in 2015, she became the youngest master of rum, at age 28.

In 2007, Romero Mena published *The Aromas of Tequila: The Art of Tasting*, which identifies the various sensory notes found in tequila and explains how each scent develops. Following the publication of her book, she established a tequila-focused consultancy through which she would teach people about the various aromas in tequila and how they develop through distilling.

It takes several steps to turn raw agave into sipping tequila. Each tequila house makes choices — what part of the country the agave is sourced from, how it is cooked, how distillers finish the liquid — that impact the final spirit in the glass. As part of her research into aromas and tasting notes, Romero Mena visited every tequila house, large and small, to document all the subtle variations between styles.

She identified over 600 individual scents (such as peach, cherry, and banana) that she mapped onto an aroma wheel, which was adopted by the industry. Romero Mena is also a *maestra tequilera*, someone who oversees the *entire* tequila process from start to finish. (Think of it as a combination of master distiller plus master blender.)

So when Louis Vuitton Moët Hennessy decided it was time to create its very first tequila, Volcan de Mi Tierra, it makes sense that it came to her. “She’s seen all styles of approaches and projects,” Volcan de Mi Tierra CEO Trent Fraser says. “From a consultancy basis, working with these big brands, she’s been steered in a very specific direction. But for the first time, like a great artist, we’ve given her a blank canvas.”

So what does a celebrated *maestra tequilera* do when given resources to create a tequila from scratch? Honor all the rules, then completely break them.

Tequila is made from agave that comes from either the lowlands (which gives you more herbal notes) or the highlands (which is more fruity). Tequila-makers will typically pick just one kind of agave for their product. They will also use just one cooking and distilling style.

But at Volcan, Romero Mena didn’t pick just one kind of anything.

Instead of choosing a highlands agave or a lowlands agave, she used both and created two distillates. Instead of choosing one way to cook down the agave, she opted for multiple methods. She used two kinds of fermentation and distilling. Applying her research in developing the aroma wheel, she crafted a tequila that features a spectrum of tasting notes, not just those specific to one style.

In short, she treats tequila like a blended whisky. Blended whiskies, are the combination of a range of liquids, from different grains and even from different producers, that are mixed to arrive at a new product whose whole is better than any singular spirit.

“I want to change the minds of my people,” Romero Mena says. “Because people always make the same tequila. In this moment, we have so many variables to make a unique tequila.”

Depending on where the agave is grown and how the tequila is processed, a spirit might be either dry with a mineral finish or full of lush and floral notes. Tequila certainly has fans for both kinds of styles. But Romero Mena poses, and answers, the question: “Why not have the best of both worlds?”

What makes Volcan singular is that it is made like no other spirit in its category.

“When I was studying tequila, the best expressions were from the highlands,” she says. “But we’re betting on also highlighting expressions from the lowlands, which will be another strength.”

“Lowlands agave is a lot more sturdy. It’s like agave rawness,” Fraser explains. “With the highlands agave, you get more citrus, floral, and elegance. You can make one or the other. Ana’s vision was to make a more balanced, rich style of tequila.”

“What is the best tequila? How can I design the best profile?” are questions Romero Mena says she asked herself when creating the new tequila. “I want to explore] the highlands agave, and the lowlands agave, and different terroir. I studied the soil character and the pH.”

She is sanguine about the expected reaction from her peers. “I believe the first impression will be ‘What?’ And the second one is ‘How do they do it?’”

“People will know it’s Volcan,” she predicts. “We have a unique personality.”

She shrugs. “I hope they understand my point of view.”

Having successfully created two groundbreaking liquids, however, Romero Mena has already moved on from Volcan. She will soon be focusing on new research and innovation initiatives within the industry, but details about her upcoming projects remain vague.

One thing is clear: In an industry tied to doing things how they have always been done, Ana Maria Romero Mena is making up her own traditions.

*Elva Ramirez is a freelance spirits and travel journalist based in Brooklyn. She is the founder of (1).*