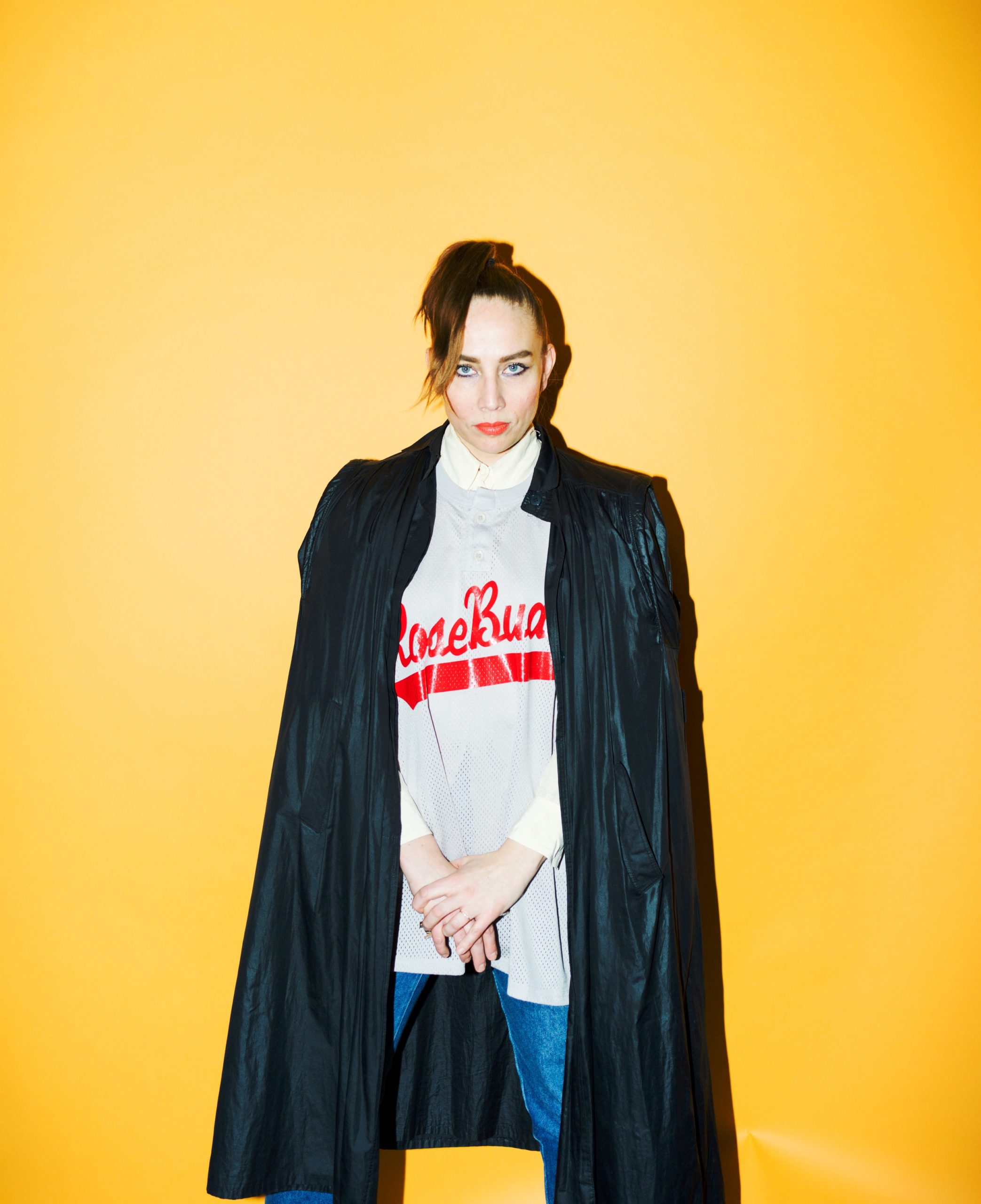 Jenny Wilson isn’t one to shy away from difficult topics, like opening up about her own sexual assault. Among the telling lines of “RAPIN,” the first single from her newly released album *Exorcism*, is the scene-setting reveal “Been dancin’ / at a club / out of town / beat me up / take me down / did you pick me ’cause there’s no one else around?” Over the phone from her home in Stockholm, Wilson tells me how it took nearly a year of recovery after she was attacked before she was ready to be so blunt in describing her personal journey and to allow it to affect her creative process. Yet the Swedish singer thinks making music about the attack was, perhaps, inevitable. “I was angry,” says Wilson. “I knew that I had to write about this.”

Outside of Scandinavia, she’s best known as the singer featured on Robyn’s *Rakamonie* EP single “ (1)” and the Knife’s “ (2)” a single written in her honor. But in her native Sweden, Wilson has established herself as a commanding voice within the DIY scene and as the kind of musician who doesn’t hold her tongue. After leaving First Floor Power, the scrappy guitar quartet she founded in 1997, Wilson focused on her solo electronic project, peppering her art-pop aesthetic with battle cries for change, peace, and gender equality.

But coming off the promotion of her 2013 Nordic Prize–nominated fourth album, *Demand the Impossible*, Wilson felt drained. She had been through a cancer relapse during the recording process but successfully beat it, however, the contrast between her life as a patient and her intense persona as a live musician was difficult to reconcile.

“I was tired and felt pretty confused,” Wilson says. “I was in this very strong, survival mode. I had my persona as a fighter and survivor. That album was about fighting. When I came back, I kind of felt pretty lonesome and pretty weak.”

When “the incident” (as Wilson refers to it) occurred, she was in the middle of that creative low. She tells me being attacked only further separated her from her body. She knew quitting music wasn’t an option, but after months of trying to cope on her own, it was the simple act of buying a new synthesizer that allowed Wilson to finally access the musical language she needed to describe where she was.

“It was like a river coming out of my soul,” Wilson says. “Almost all the songs came in that kind of flush. It was really difficult to start to write the lyrics because I was still completely terrified to talk about it … I was longing for writing about something completely different. I knew that if I didn’t write about it, I wouldn’t write at all.”

*Exorcism* is a heady album, about both the assault and a destructive relationship Wilson entered into in the aftermath. “When you’re in a mess, your gut feeling doesn’t work anymore,” Wilson says. Lines like “Two days later I couldn’t speak, I couldn’t sleep I couldn’t find out how to be me / I went to the doctor who said come here tell us everything,” “I will pull your hair / I will squeeze you because I dare / I promise to remind you and make sure you will regret it,” “I’m home and wanna sit on my couch / ouch / what happens after this / he made me do these things,” paints Wilson’s struggle in vivid detail.

However, the stark descriptions and openness about her personal life didn’t go unnoticed by those closest to her; many worried about what kind of album cycle she was setting herself up for.

“A few of my friends warned me — they were concerned,” Wilson says. “Do you think you can handle this when you release it, and when you have to talk about it? That scared the shit out of me. I sensed that if I’m going to talk about this, I have to do it very simply. You can’t misunderstand it. It’s a very hard-core way of doing it. If I would have written with more metaphors and stuff like that, it wouldn’t have been as powerful as it is now … I think it has to be scary. When it’s scary, you really sharpen your mind and you have to challenge yourself. You have to search for new things. For new words. For a new universe for your art.”

While *Exorcism* tackles tough subjects to talk about, Wilson says the actual writing and recording process was joyful. It’s something you can hear in the album’s sticky rhythms and drum machines. Inspired by her synthesizers, Wilson cut guitars and samples, concentrating instead on four-on-the-floor beats and choruses chanted in a commanding sing-speak. It’s danceable music, and the contrasts are intentional. Even when revealing more grisly details against the sweaty beats and ghostly vocal inflections of “LO’ Hi’”, she wants her music to inspire people to move, to dance, to feel alive.

*Happy* is a word Wilson uses frequently these days. She assures me that her self-prescribed musical therapy has worked. She’s no longer carrying the darkness she was before. She’s ready to dance, to sing, to play the album live, and to honestly answer questions from journalists and fans.

“I’ve been reorganizing myself,” she says. “I’ve been talking to a lot of people. I’ve been to therapists. I think one thing that happened to me, I started questioning myself. I felt so lost … I’m in a very light place right now, I feel. I’m very relieved that I dared to do this album. I feel pretty happy.”