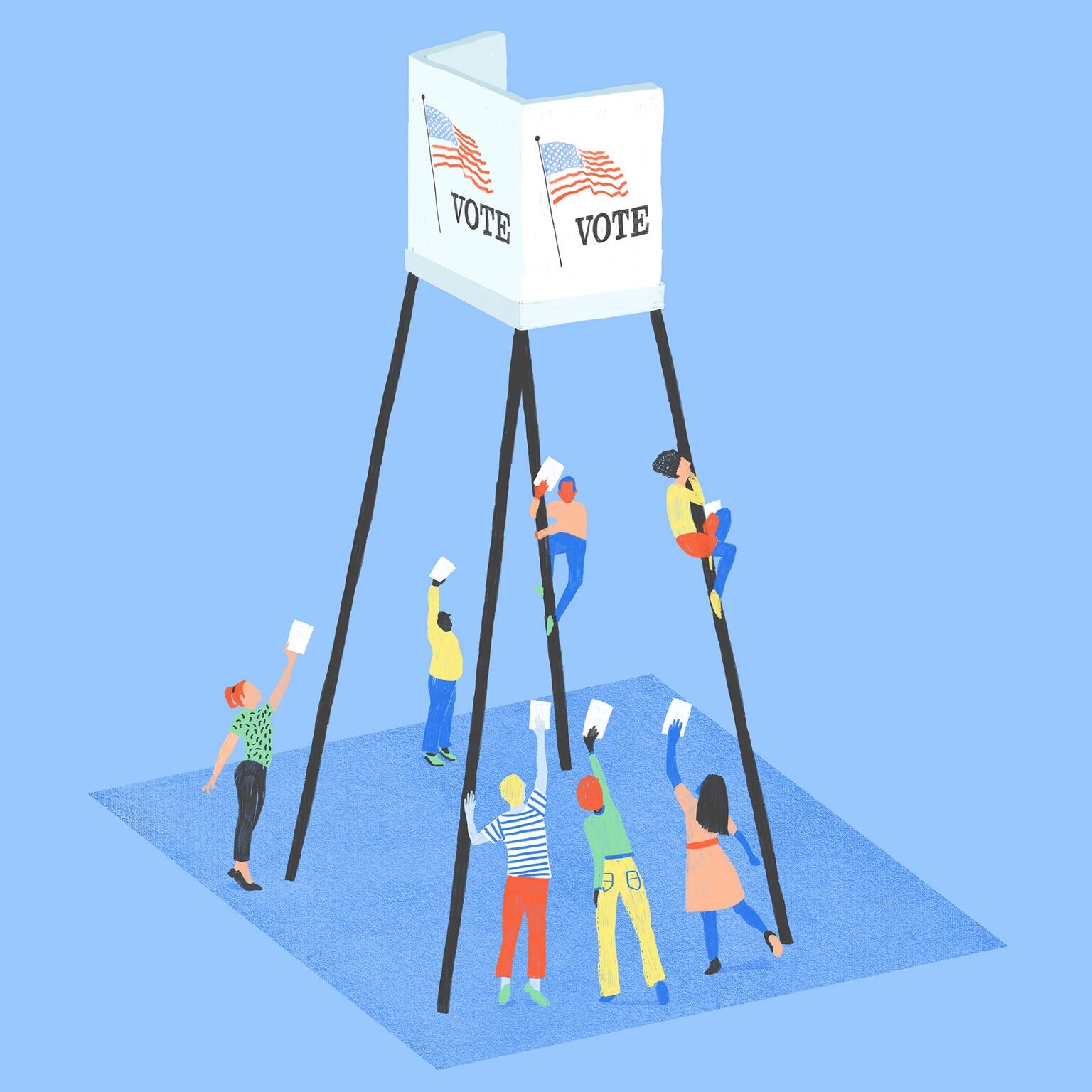 At a (10), Donald Trump encouraged his most fervent followers to monitor polls, to “make sure that this election is not stolen from us … and everybody knows what I’m talking about.” Because Trump’s rhetoric is about as subtle (11), it seems fairly clear that he’s talking about having his (mostly white) supporters potentially harass and intimidate the (12)) voters in places like Philadelphia. A senior Trump official made this plain (5) when he said, “We have three major voter suppression operations under way,” aimed at young women, African Americans, and white liberals. This is deeply upsetting for anyone who cares about enfranchisement, common decency, and true American values, and it can make you feel pretty helpless against this possible injustice.

But we’re not helpless at all. I called up Jennifer Clark, a counsel in the (2) Democracy Program, to ask what individual voters can do to help push back against potential voter suppression efforts, which don’t just start and end at the polling places. Clark and I discussed the spate of laws various states have been passing to keep voters off the rolls in the first place, what to do if you are harassed or intimidated at the polls (or if you see someone else being harassed or intimidated), and why voting at the state level matters.

**Jessica Grose:** What are some of the basic issues we’re facing with voter suppression right now?

**Jennifer Clark:** Since around 2010, we’ve seen a real wave of restrictive voting laws. Some of those target things like voter registration, whether it’s making it more difficult for individuals to register to vote or for groups mission is to go out and get people signed up to vote. We have also seen laws that are more specifically targeted to those who are already registered to vote, like strict photo-ID laws and rolling back early voting.

There was an increase in 2013 when the Supreme Court issued (3) which brought a lot of states that had a history of discrimination in voting out from underneath what’s called (6). Those requirements forced states to prove that laws weren’t discriminatory before they put them into effect. The new laws make it harder for people in general to get registered and to vote, and in particular tend to make it harder for minority voters.

Another thing that we’re seeing, in particular in this election, is calls for policing of polling places. In many jurisdictions there are officially appointed poll watchers, often appointed by both parties. But what we’re talking about in this election is self-appointed poll watchers who would want to harass or to intimidate voters that they don’t think belong there, or that they think are illegitimate for whatever reason. We’ll see if that actually happens on Election Day, but there have certainly been calls for it, and that’s upsetting.

**JG:** What can the individual voter do to push back against these disparate forms of voter suppression?

You can also call the Election Protection Hotline, which is a nonpartisan, nationwide call center: (8). There are trained people on the other end of the line, most often attorneys and law students, who can help you. If you feel like you’re running into a problem where you know you’re registered, but you’re not on the list, or if you feel like you’re being asked for ID when it’s not the law in your state, or if you see any harassing or intimidating behavior, that’s a great resource.

**JG:** Which states have the most stringent laws or proposed laws about registering to vote? And how can our readers who live in those states work to fight those laws?

**JC:** Some of the states to flag are Kansas, (9), and (4). In Kansas, for example, thousands of people who were registered, who had sworn under penalty of perjury that they were a U.S. citizen when they signed up to register to vote, were kicked off the rolls, because they hadn’t shown documentary proof of citizenship at their polling place. A lot of people don’t have that on hand — they don’t have ready access to their birth certificate, or they don’t have a passport. (13), and that is a fight that is ongoing. Some of those people in Kansas have been put back on the rolls for November, but some of those people remain off, at least for certain elections. There’s this question of whether they can vote in federal versus state elections. It gets very complicated, but basically it’s been a huge disruption for voters.

But it’s not all bad news. North Carolina, which had previously been covered by the preclearance requirements of the Voting Rights Act, is one of those states that passed a very restrictive omnibus voting law right after the Shelby County decision came down. One of the restrictions passed was the elimination of same-day registration, which was a great resource particularly used by African American voters. Its supporters had the intent of making it harder for black citizens in North Carolina to vote. (1), and those things are now back and in effect.

One of the most important things to do is to pay attention to your state and local races, and to be informed about them, and to make sure that you know where candidates stand, and to vote down the ballot. Pretty much all of these laws come out of your state. Especially after the crippling decision in Shelby County, there’s only so much that the federal government can do to respond when a state passes a restrictive voting law.

Another thing that people can do is to make sure that they are connected to their community, and figuring out who is affected by these laws. A strict photo-ID law, like the one passed in Texas, tends to have an outsize effect on women voters, because many of them don’t have a birth certificate that reflects their current legal name. So when they try to use their birth certificate to get a photo ID to vote, their names don’t match, and they need to go through the process of either finding their certificate of marriage or getting an amendment to an official document to make sure that their names match up. It becomes a huge headache.

We know that young people tend to take advantage of something like same-day registration, for example, because they move around so much, so they might have issues with their address being up to date. Getting the word out is important, because people tend to think that these laws don’t really impact them. If you have a driver’s license, for example, you tend to assume that everybody else does too. It’s hearing stories about actual people who have faced burdens with these laws that can change minds.