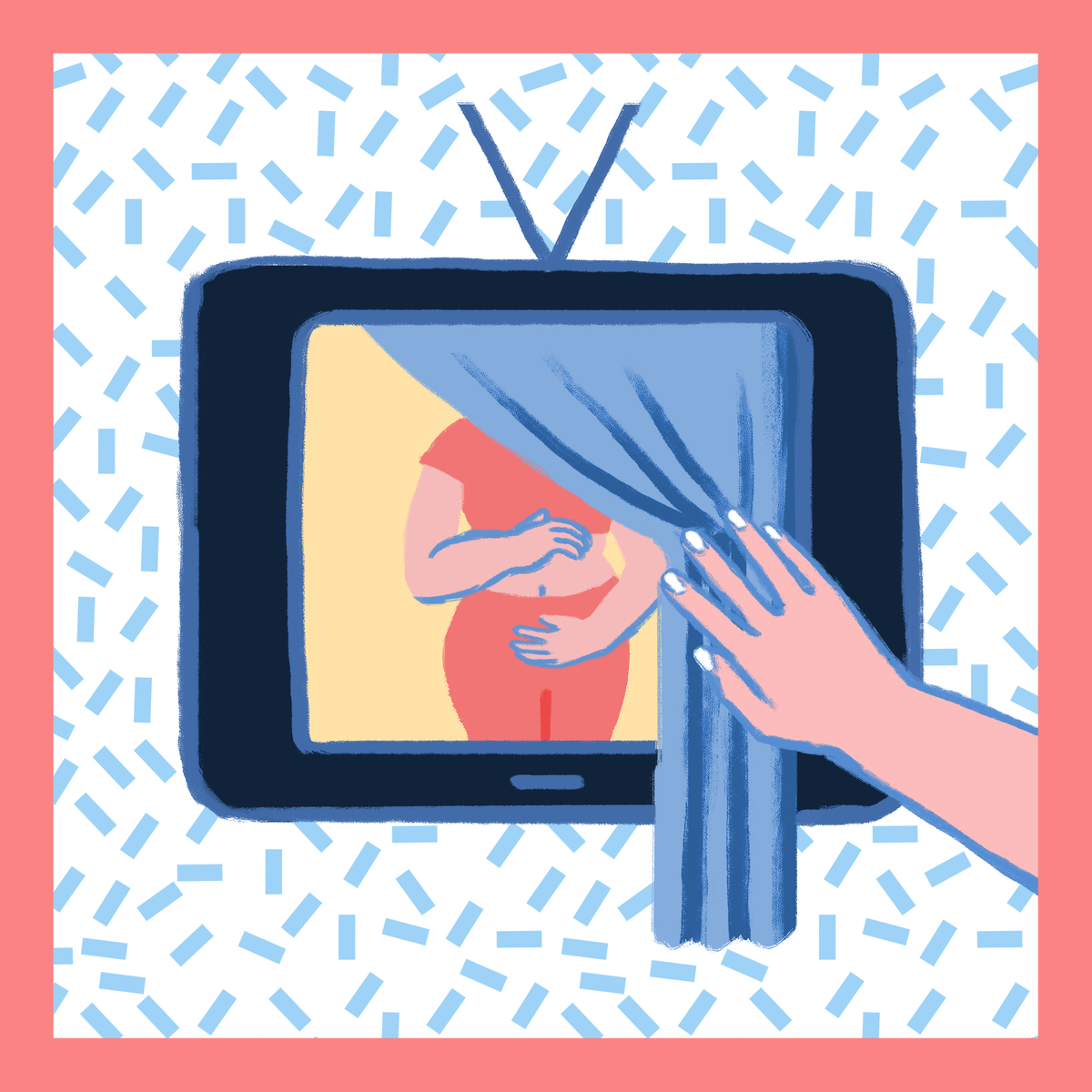 Abortion has always been my big issue. In eighth grade, I founded the Women’s Issues Club at my school and marched on Washington for reproductive rights with my hero, Dr. Ruth. Though one side of me was a junior activist, the other was a TV addict. I loved love. I loved soaps. However, even as a teenager, I was yelling at my TV, wondering why there were so many pregnancy-scare plotlines and no one actually had abortions. Even when characters briefly considered having an abortion, they were often guilt-tripped out of it. Remember how Andrea on *90210* was all set to go to a clinic and then “communicated” with her unborn fetus? Or when Jo on *Melrose Place*, who got pregnant by a man who tried to kill her, still decided to keep her baby? Or when Julia on *Party of Five* heroically decided she was a kid, she wasn’t ready for this in her life, and then conveniently miscarried?

I knew what I would choose, on the off-chance anyone ever had sex with me and, despite my being on the pill *and* the condom I would no doubt insist my imaginary partner use, I actually got pregnant. And thanks to Dr. Ruth and my Women’s Issues Club, I knew this was a choice being made by one in every three women. But it was nowhere on the television.

Skip ahead many years, and I am writing for TV. I’m writing teen network soaps. I figure, this is great! Finally! I can live my dream of depicting women’s health and abortion in a realistic and healthy way.

> Skip ahead many years, and I am writing for TV. ​

And … here come the pregnancy-scare plotlines. And they made me bonkers.

“Come on, these are privileged, smart people,” I’d yell in the writers’ room. “No way would Blair spend six acts bemoaning how her life would change if she were knocked up. She’d grab the first cab to Planned Parenthood and tell Chuck after the fact!”

But I wasn’t in charge, and the people in charge told me it was more complicated than that. There were networks, studios, advertisers, and fans to appease. That one day, when I was in charge, I’d understand.

Skip ahead again a couple of years, and I AM in charge. I’ve got my own show. And … it’s *Hart of Dixie*.

Unfortunately, the show I created was not a vehicle to talk about abortion either. *Hart of Dixie* was a fluffy rom-com on which Rachel Bilson played a fish-out-of-water doctor in a small town called BlueBell, Alabama. And though I turned this town into a sweet little liberal utopia — post-racial, actively feminist (my fantasy Alabama school system taught evolution AND progressive, science-based sex ed) — this was network TV. With the CW brand. With a small, vocal audience that was largely based in the red states. And while I felt pretty good about subverting some of the more troubling tropes of romantic comedies, like having women pay on dates and propose to men as often as vice versa, it just wasn’t the place for the dream I’ve had since I was a teenager of depicting routine, safe, stigma-free abortion on TV.

> Unfortunately, the show I created was not a vehicle to talk about abortion either. ​

In fact, irony of ironies, just as we were about to start breaking what was sure to be our last season of the show, our star gives me a call to tell me she’ll be five months pregnant when we start shooting. Super-pregnant! And it’s wonderful, because babies are wonderful, and Rachel Bilson is wonderful, but … I’ve been trying to give Rachel Bilson a fictional abortion on TV since she was Summer Roberts on *The OC*!

So as I’m finishing my show and trying to serve my audience, I’ve got to concoct some scenario in which a smart, feminist, ambitious, 30-year-old doctor at the beginning of her deeply satisfying professional life, who we’ve seen *teach* BlueBell tweens about contraception, could not only plausibly *accidentally* get pregnant BUT ALSO opt not to get a simple medical procedure or take a pill and carry on with her life until some future time when she wants to actively choose to get pregnant.

But here is my lead actress, and she will be nine months pregnant when we wrap the season, and … let’s face it, it was a great way to end the show. Dr. Zoe Hart gave birth in our series finale. It was life-affirming and shit, there was a musical number, and everyone cried. But my eighth-grade Women’s Issues club would have been so disappointed.

> It was life-affirming and shit, there was a musical number, and everyone cried.​

Don’t get me wrong, I loved my little show, but I looked at some of the shows on cable, shows like *Girls* and *Please Like Me* that are changing the discourse on abortion, and I felt really jealous. Those writers were living my dream! So this year, I developed a pilot with Lena and Jenni that we sold to HBO that was basically *M*A*S*H* set at the last abortion clinic in Texas. But even though the script was (obviously) exceptionally excellent, HBO passed. It’s possible even the most progressive of networks wasn’t ready to treat an abortion clinic like another doctor’s office.

But I am not giving up. One day we will show an actual clinic on the air, with kind, caring professionals, where women will go to take care of a problem and leave without guilt or anxiety but with relief. And maybe this woman won’t even be a teenager, maybe she’ll be a grown woman, a mother, like 60 percent of the women who actually do have the procedure, choosing to put the needs of her family before those of an unborn child. I know it’s what Dr. Ruth would want.

*Leila Gerstein is a writer and a mother (by choice), living in Los Angeles.*