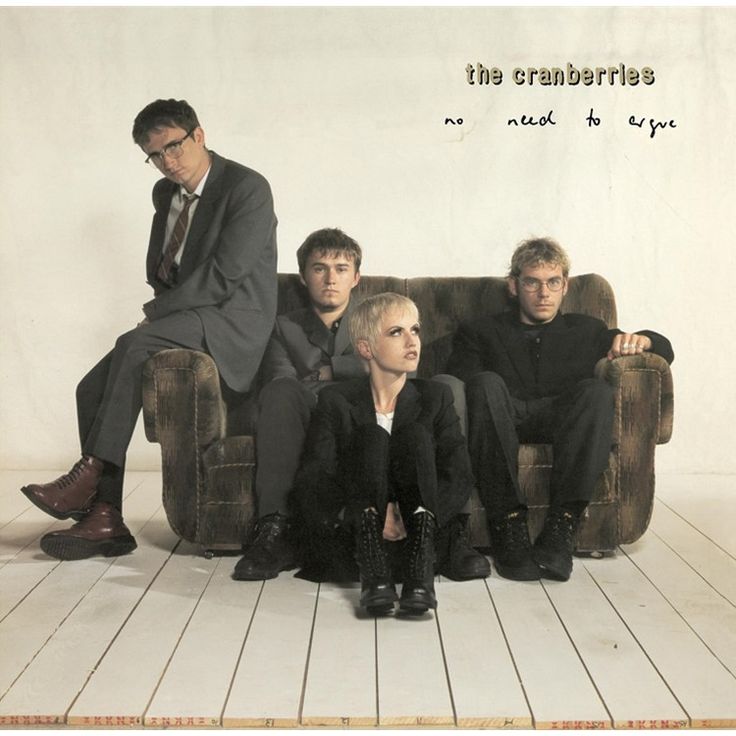 When I was twelve years old, I loved to go into the plastic bin beneath my mother’s bed and search through her CD collection.

My goal was to find something with a great narrative and a lot of pathos, something where I could lie back on the itchy carpet in my room and create a story in my head. I loved imagining the woman who’d sing the songs and why she might be singing them.

I spent the most hours with the first three Cranberries albums in rotation. Their lead singer, Dolores O’Riordan, had such a singular voice, and I would borrow bits of her own story I’d gleaned from a *Pop-Up Video* to form my own character in my mind. This character was a lot like Dolores — tiny, shy, a little weird, with choppy DIY hair — but she was mine, an Imagined Dolores. She was trying out for a band with all dudes, and they weren’t sure about her at first, weren’t sure about a female singer at all, but then: *Whoa! That voice!*

In my imagination, she tried out with ” (1),” a song off the Cranberries’ debut album, *Everybody Else Is Doing It, So Why Can’t We?* In it, her voice starts off low, almost threatening, as she repeats a line that she’s heard before, a line that frustrates her to no end: “You’re so pretty the way you are.” The DIY haircut starts to make sense. She’s not going to let other people tell her what to be. Her voice soars, comes back down. The dudes in the band look at each other. She’s in.

(This is where I say that I have tons of respect for the musicianship of all the members of the Cranberries, and that I understand that “Pretty” was a song that Dolores wrote with lead guitarist Noel Hogan, but to be honest, in my own fantasy, I sometimes wrote the dudes out completely. )

I played with imagining my Dolores as American, since it fit more neatly with my own experiences, but there was just no way to sustain that. The way she sang *tought* instead of *thought*, her plaintive *fadher* instead of *father*, the rounded vowel in bomb. ” (2)” and “Yeats’ Grave” made so much more sense if I just let Imagined Dolores be Irish.

Depending on my mood, the titular track on *No Need to Argue* was either the easiest track on the album to give to my character or the hardest. I could see Imagined Dolores on a makeshift stage at a coffee shop, playing the first soft notes on her keyboard, her voice shaky as she sang, “I knew, I knew I’d lose you.” The person she was singing about was in the coffee shop, of course, but she kept her eyes closed tight as her voice pierced the room, then got low and sad again, bringing the song to an almost abrupt end. She made eye contact only once before leaving the stage, almost involuntarily, and in that brief look was all the pain of two people who loved each other but couldn’t be together.

*To the Faithful Departed* was definitely the hardest album to fit into my fantasies — it was so specific, with its references to Bosnia and heroin eyes and shooting John Lennon. ” (3)” was the song I went back to the most often. I twisted myself into knots to create a narrative for Imagined Dolores that would fit with her singing that song. At one point, I used my childhood love of *The Little Mermaid* to inspire a story about how Imagined Dolores saved a guy from drowning and then all he remembered was her piercing blue eyes and then he … wrote the song for her to sing about herself? It didn’t really make any sense, and I hated giving away any of Imagined Dolores’s songwriting credit, but when the song was over, I’d skip back to the track and settle in to find more details that would make it all hang together.

During that era, I (4) the Cranberries perform only once, when they were the musical guest on *Saturday Night Live*. The real Dolores fit pretty well with my Imagined Dolores — dressed in a black T-shirt and grungy jeans, short choppy bangs like she’d gotten pissed one day and had hacked them off, seeming a little awkward and uncomfortable until she opened her mouth and started to sing. If I squinted and pretended the rest of the Cranberries were session musicians (OK, if I’m being *really* honest? Imagined Dolores always went it alone), it all fit neatly into my fantasy.

Eventually, I had to let go of my imagined scenarios. I was growing up, of course, but it also became harder and harder to hold on to Imagined Dolores. In high school, I finally saw the Cranberries in concert, and her voice was so unique and so *present* that it stripped away any character I might have created. I listened to the songs for what they were — I still get chills when “Dreams” starts up — and forgot about the narrative of Imagined Dolores.

On January 15, 2018, I was shocked to learn that Dolores O’Riordan had died. She was only 46. I’ve been listening to the Cranberries on repeat ever since — at home, in my car, at work with an illicit earbud in one ear. A part of me is listening in 2018, the sorrow of O’Riordan’s death rattling around my brain, but another part of me will always be listening in 1996, lying on the scratchy carpet of my twelve-year-old bedroom.

Imagined Dolores wasn’t a complete fabrication. The Cranberries and the real Dolores O’Riordan *gave* her to me. Her voice gave me the low, plaintive notes and the high, soaring melodies and the lyrics that sometimes were specific enough to provide a narrative whole-cloth and other times vague enough to trip my mind spinning with possibilities. Dolores’s voice provided an emotional arc to my adolescence, a way for me to imagine love and longing and loss and betrayal through experiences I hadn’t even had.

Imagined Dolores will always live in my mind. She is still in that coffee shop, singing to her lover, her eyes tightly shut. She is still asking, “Do you see me? Do you see? Does anyone care?”

We care. We miss you. We will never forget you.

*Alicia Thompson is the author of* Psych Major Syndrome **and has written for* Narratively, Atlas Obscura, Racked, *and* the Billfold, among other publications. She’s on Twitter (5).*