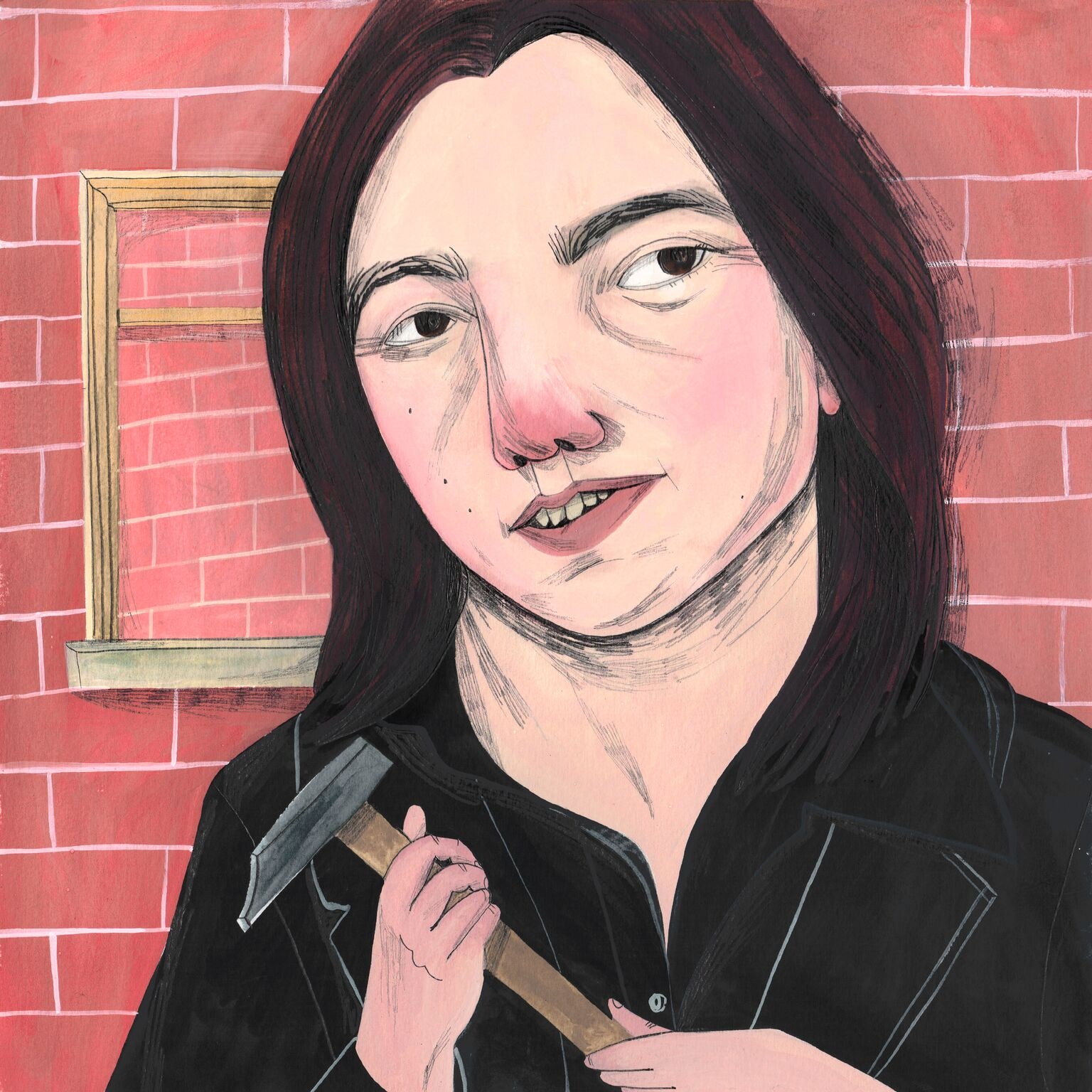 I first met Sarah Schulman at a tarot-card-reading party thrown by a mutual friend. A bunch of people were crushed into an apartment on Atlantic Avenue, some with decks of cards they’d brought, others to have their fortunes read.

I was too intimidated to ask Sarah to read my tarot — I’d loved her novel _After Dolores._ Her study on gentrification and liberalism, (6)_,_ had become a sort of workbook for a claque of my fellow grad-school students. She didn’t read my cards, but she did, in a way, tell me my fortune. I told her about my discouragement about getting my work published, and she told me about the many paths her works have taken to publication. “It will happen,” she said, and she turned out to be correct.

I’ve been excited about her newest book, (7)_,_ since I heard its premise: Schulman argues that in intimate relationships, in our communities, and in global politics, there is the tendency to “overstate harm” — to claim that the most endangered are instead dangerous. This is done to justify making them objects of anxiety, separation, and punishment. The dominant forces — be it an abusive lover in a relationship, a society that insists that citizens would not be killed by police if they only presented themselves correctly, or governments that insist they are being attacked by refugees, the poor, or immigrants — claim their own innocence. And they also assert that those who do not conform are an active threat.

This argument has become even more urgent as we enter the unknown world of a Donald Trump presidency.

Schulman outlines this phenomenon so that we can recognize it when it is happening. And she argues that overstating harm is possible to stop, if bystanders step up and become what we sometimes call allies, or as the writer (1) argues we should call them, accomplices. Schulman says that the point is to intervene, even at the cost of losing our own social status or something even harsher.

I was especially struck by how prescient this book is about our current election cycle and about the trends in global politics in the West. The past year, as news of Brexit rolled in, as I read about the fear and paranoia surrounding Syrian refugees, as I saw politicians in the United States continually overstate harm caused by marginalized people and use this fear to win elections, I wondered how we could break free from these narratives that cause so much damage and offer no real solutions. Sarah’s book provided a way to move forward.

**Kaitlyn Greenidge:** Broadly speaking, how do the observations in _Conflict Is Not Abuse_ play out in a Trump presidency?

**Sarah Schulman:** Unfortunately, the election has in many ways proven the thesis of the book. On one hand, we have a bully, Trump, who is constantly telling us how victimized he is. Especially when some person or media outlet tells the truth about him, he lashes out at them as unfair or assaultive.

At the same time, we have a group of people — working-class and poor whites — who are actually oppressed, who have projected their anxieties into blaming immigrants, the very folks who are absolutely _not_ responsible for the loss of factory and industrial jobs.

This construction fits exactly into my book’s analysis that there are two entities involved in calling difference “abuse”: the supremacist and the traumatized. The supremacist (Trump and his ilk) cannot tolerate difference, opposition, or being asked to question themselves, to explain inconsistencies or lies. They feel entitled to never have to be self-critical, or accountable. And we see this in the intimate realm as well, in cliques, or communities, or families. But unrecovered traumatized people can also be a mirror image of these behaviors, because sometimes, when we are hurt, our selves are so fragile and it is so hard to keep it together, that any request to rethink our assumptions feels like an “attack.”

**KG:** We’ve seen many articles talking about Trump in terms of the language of psychology: that he is gaslighting the country, that he is exhibiting narcissistic personality disorder, etc. Is framing Trump’s tactics in this way helpful, in terms of combating him?

**SS:** As a novelist, I believe that people do things for reasons, even if they are not aware of those reasons, and even if they insist that their actions are neutral or objective instead of motivated. Being more aware of psychological makeup, histories of supremacy and/or trauma, acknowledging mental illness rooted in biology or experience, or recognizing behaviors rooted in brain changes caused by trauma, are crucial to finding solutions. Right now we tend to hold these discussions in a watered-down pop-psychology style, because there is a terrible and destructive stigma attached to the recognition of mental illness.

Psychology and mental illness are even more pertinent to our comprehension of what racism actually is. White people are racist for reasons other than personal experience: it is not that black people did anything to us. In fact, white people did and do terrible things to blacks, and yet we assume a false position of victimhood or fear. In this way racism can be understood as political, as material, and also as psychological — a distortion of projected blame.

So to recognize that Trump is illogical, that he lies constantly, that he positions himself falsely as victimized — all of which are symptoms of distorted thinking — is crucial. Because the new wave of racism, anti-Muslim hatred, anti-Semitism, that these character traits are ushering in, is also delusional, rooted in false ideas of victimhood, falsely claiming that people are dangerous when they are in fact endangered.

**KG:** How can organizers and activists in the coming years normalize conflict within their circles while also moving forward in their fight against these larger political forces?

**SS:** Avoid micro-critiques, develop group relationships rooted in encouraging each other to negotiate, communicate, and solve problems, instead of blame, scapegoat, and shun.

**KG:** Can you explain where the phrase “overstatement of harm” comes from?

**SS:** The phrase first came to me when the writer Sara Ahmed spoke at The New School about “diversity.” She was talking about how women of color get blamed when their critique disrupts an unjust status quo, and in my mind I connected this to Israeli rhetoric about Palestine and made a comment using the words “overstating harm.” And that is how that concept came about.

Looking back now at 33 years of publishing and eighteen books, I can see that I have been writing toward this moment all of my life. Everything I have written has been about identifying where the power is located. But I think this trajectory became more precise with the writing of my book (2)_,_ which was written in the 1990s but could not find publication until years later. I observed that in a homophobic family, the family members unite around creating the queer person as the problem, the threat. But actually the real problem lies in the family’s homophobia, which goes unexamined.

This was the start of my thinking about how negative groups unite by creating scapegoats based on false accusations of threat. In my book _The Gentrification of the Mind,_ I went further with this, noting that gentrifiers make a neighborhood dangerous to its residents but then claim the opposite by describing this as the neighborhood “getting better.” Again, taking the party being hurt and falsely claiming that hurting them is a good or virtuous action.

These intellectual and emotional revelations came to fruition in (3) when I introduce the practice of self-criticism as an essential part of Jews’ coming to just positions and action vis-à-vis Palestine. In the book, I try to model this by showing repeatedly how disturbing I found my own inaction and delayed response. And I made transparent the process of starting to unravel the ideologies I was raised with in relationship to Israel.

I then wrote a piece of (4), which is a fascinating example of self-congratulatory neoliberal society exploiting people’s sexual anxieties to criminally scapegoat people with HIV. At this point I had done enough work to be able to put together the common territory that these varied phenomena share.

**KG:** A revelation for me was your explaining that difference and conflict are normative. We will always encounter difference. The question is: How do we respond to it? Was this always apparent to you?

**SS:** I was born in 1958, which was thirteen years after the end of the Holocaust. My grandmother, who lived with us, had two brothers and two sisters who were exterminated. And my grandfather’s sister was also murdered. I have known about the Holocaust since the day I was born. And so my introduction to existence was through the lens of difference. But when my homosexuality excluded me from my family, I began to deepen this understanding. And all my life has been a trajectory in this direction.

**SS:** The effects of shunning are devastating. From incarceration to occupation, it destroys communities, cultures, and lives. Queer people are overrepresented in homeless populations, and we can connect this to familial and group homophobia. The late John Boswell, who died of AIDS (a condition of neglect that was manifested by shunning), said that being treated as a “non person” is the most devastating form of oppression.

**KG:** Is shunning ever a useful tactic?

**SS:** Repressive societies rely on good-bad dichotomies, and using reductive terms is part of the marketing of those ideologies. One of the reasons that I have always been a flash point for other people’s projections is because I am not orthodox and rarely accept the presented terms of official options in public debate. I know this produces anxiety in people who feel more comfortable believing that there are only two ways of looking at something and everyone has to choose one or the other. “Trigger warnings” is one of these terms; so is “two state solution.” But if you ask each person using these terms what they think they mean, you will get many different answers.

**KG:** Can you talk about the importance of the role of the bystander in situations of conflict?

**SS:** Negative group relationships and our desire to belong to them, whether couples, friends, cliques, communities, families, race, HIV status, religion, or nation, among others, is where we search for scapegoats as our own realities become untouchable and undiscussable.

In _Ties That Bind,_ I articulated “third-party intervention” as the only solution to familial homophobia. That other family members, friends, neighbors, teachers, media, religion, etc. needed to directly challenge homophobic families and intervene on the behalf of the queer family member. And this is so true on every level of society.

The obstacle is that there is a loss for interveners of what Alexandra Juhasz calls “scale.” When you intervene, you too can lose currency or be made an object of false accusation and cruelty. But despite that, we must intervene. Because people who are being falsely blamed by individuals or social structures as a substitute for self-criticism need help to create a positive transformation of their condition.

**KG:** Drawing on what you’ve outlined in the book, do you have prescriptions or suggestions for building solidarity across groups that will sometimes fundamentally disagree on certain issues?

**SS:** In America, the only way change gets made is in coalition, which is inherently a relationship of difference.

_Kaitlyn Greenidge is a contributing writer for Lenny Letter and the author of the novel_ (5).