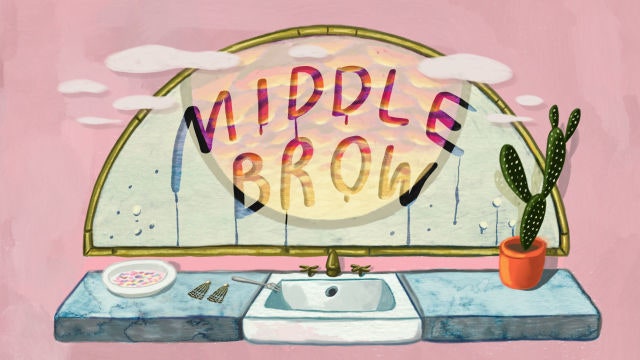 *How do I begin my day? I awake at 3:45 a.m. I take a piping-hot shower, followed by a plunge in an extremely cold bath in a tub lined with gold tiles from El Dorado. I read an entire book, then an entire newspaper — and then I eat them both. I run ten miles. I run eight more. I look in the mirror and scream, “I AM ONE DEMANDING CUSTOMER AND LIFE IS BEING SERVED TO ME ON A PLATTER, MEDIUM RARE!” I throw out everything that doesn’t bring me happiness, such as money; I read a single email; I tweet something inspiring that usually becomes a law. And then it’s time for my 8 a.m. meeting.*

How many times have we heard a version of that hellish morning routine from someone crowned by the Internet as one of the “world’s most successful people”? It’s enough to make you want to throw a dream journal into a fire and meditate to Slayer!

And yet those secret, sacred hours before “the real day begins” retain a certain allure: a surprisingly large sliver of the Internet click-factory is made up of these invigorating dispatches. We want success and productivity and clarity, and for some reason we’ve come to believe that those are to be found in the hours we’d rather be sleeping or watching *What’s Opera, Doc?* while eating Fruity Pebbles. But instead, we are meant to copy routines that range from the impossibly esoteric to the homogeneously intimidating: Steve Jobs or Oprah or Albert Einstein telling you to get up early, exercise, eat a thing, meditate, and, if all that weren’t enough, drink an *entire* bottle of water. In truth, most of these recommendations don’t stray far from what Benjamin Franklin said almost three centuries ago: “Early to bed and early to rise, makes a man healthy, wealthy, and wise.”

But the thing is, Benjamin Franklin had gout. And, even more important, the characters who populate these tortured lists aren’t wildly successful *because* they exercise for two hours and massage their matcha powder with a brush made of preserved spider legs. Perhaps they do these things because they are already wired to think differently, weirdly, ambitiously.

And what if we don’t want to be billionaires? What if we just want to be, you know, happy? Are there ways to master the hours of rosy-fingered dawn without orienting our actions so directly toward ambition and success? In other words, is there something between utter sloth — jumping out of bed at the last possible minute and straight into the shower — and the tyranny of the perfected morning? Let’s investigate.

Waking up: First of all, I am so excited to tell you that Jane Austen allegedly woke up at the ripe hour of 8 a.m.

Exercise: The most important thing to remember in assembling a morning routine is that just because someone didn’t invent the iPhone doesn’t mean they weren’t doing great stuff before noon. For example, should we all try to be Edie Sedgwick? Let’s allow that question to hang rhetorically and just say that she got herself out of bed every morning around 11 a.m. to do ballet stretches while listening to Maria Callas records. This is less jarring than, say, a totalitarian spinning class, and will leave you with more energy to charm at cocktail parties (or a 1 p.m. meeting). And a little Callas in the ears may be the key to supporting a pair of decadent, Sedgwick-esque chandelier earrings!

Meditation: You can think, you can chant, you can be the tree, but then, what better moment for craft time than just before breakfast? Zandra Rhodes, who gave high fashion punk pizzazz in the ’70s and ’80s, says she does at least one watercolor drawing in the morning, if not two or three.

Breakfast: In Courtney Love’s infamous ” (1)” — which is really the most essential reading, culinary and otherwise — she claims to start her day with toast soldiers and a hot cloth to rub her legs. Doesn’t that sound like a much more reasonable ritual than eating charcoal with a minute spork from Japan? Welcome to the dawn of a new day, where rock stars are the ones with the mornings worth imitating!

Get dressed: Confronting one’s wardrobe can be a daunting task, especially when your audience is … your business colleagues. Now is the time to employ some truly nonsense mantras. Look in the mirror and do your best Diana Vreeland: FASHION IS FANTASY. It’s not the dress, as she once said, but the life you live in it. What would you attempt to wear if you knew you could not fail — in your 10 a.m. meeting, in your 1 p.m. conference call, in your 3 p.m. status update with your boss? Say it aloud: I am in charge of my own destiny and also my own socks! Shoes are the windows to the soul! Fashion fades, but so does the power of Wang Chung’s “Dance Hall Days” if you listen to it on repeat for four days straight and don’t leave your bedroom! Bathe in Champagne, and drink shampoo! Skirts are the new black! Shirts are the secret to pants! French women don’t get mad; they get even, and on Wednesdays, we wear croissants!

The morning hours are ripe with possibility, but they call for a refocusing of our attention. Don’t we have enough autocrats speaking over our lives without adding the voice-over of a meditation app? But like watching the sunrise, it’s all about having the right perspective. Under proper guidance, even waking up early can feel right: as Toni Morrison told (2) in 1993, “I, at first, thought I didn’t have a ritual, but then I remembered that I always get up and make a cup of coffee while it is still dark — it must be dark — and then I drink the coffee and watch the light come … And I realized that for me, this ritual comprises my preparation to enter a space that I can only call nonsecular.” There’s the real secret to a successful morning: the most effective rituals are the ones we don’t struggle to form into routine.