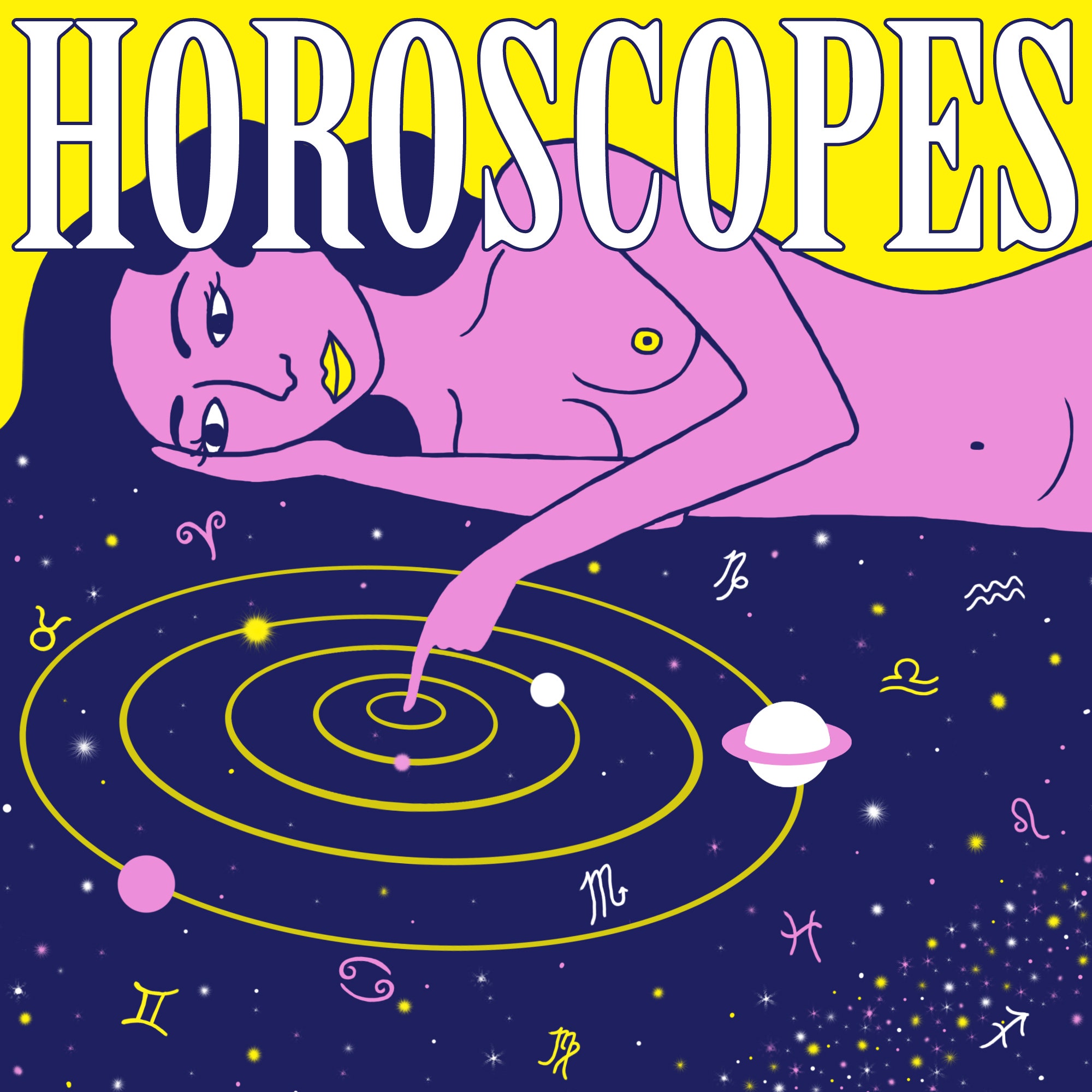 Happy birthday, Capricorn! I’ve never thought that January is the right time to take down the tree. January is when we need that tinsel and glitter the most — also February, March, and even April before the first buds of spring appear. How can you find ways to make holidays out of the ordinary? Can every day be a little door in a wild advent calendar?

Lewis Carroll, a fellow Aquarian who wrote Through the Looking Glass, and What Alice Found There, knew something about rabbit holes. He knew the human potential to go down them, to go to that place in our heads where reality shifts and we buy into whatever fantasies our minds create. This month, be aware of your own unique perception and its ability to color or discolor a situation — use it to your advantage.

When you don’t know what to do, you don’t have to pretend to know what to do. It’s better that you do no pretending this month. Instead, revel in the beauty of not knowing. Ask for help both from other humans and also the universe.

People in the media are always talking about how we are having “a moment” politically, socially, or otherwise. That may be the consensus among certain talking heads, but really, you can have any kind of moment you want if you set an intention and look for it to surface in the world.

I actually have no idea what is going on with the stars this month. This might make me a shitty astrologer; it also makes me a person who knows that we ultimately lack control of external forces while remaining in control of our intention. This month, let your field of intention be the whole galaxy.

Sometimes it feels like there is so much suffering in the world that we have to just shut down. This is not the month to do that. Stay open this month to painful feelings and experiences, so that you don’t miss out on the joy, mystery, and quiet moments that are often on the flip side of the coin.

Have you ever looked at someone and thought that they hated you, only to learn later they had a frown on their face because they were having a shitty day? This is humanity most of the time — and what other people think of you isn’t your business anyway. Let the knowledge that most people are thinking about themselves set you free.

Nothing has to be a whole month or a whole week or a whole day. What I mean by that is, if you are having a shitty moment, it can be just that: a moment. Then you can start over again at any point. The sun is not man-made, but the units of time that we clump together to superimpose our own narrative on a larger world are fake as fuck. It’s basically a new year any time.

I don’t read horoscopes about love, because as a former horoscope addict who got into astrology to try to control the realm of passion, it always annoyed me when a fellow Virgo was lucky in love and I wasn’t. What I will say on the topic is that if you are looking to the stars to control or manipulate another person, they probably aren’t the right person.

It’s never too late to escape cognitive dissonance. Better to admit you are wrong then cover your ass. If you feel like you aren’t wrong about anything, then that’s another horoscope entirely. But if you see a place where you have made an error, it’s better this month — and all months — not to double down.

I don’t know that much about neuroplasticity, but I do know about self-doubt and how negative voices can feel impenetrable. Yet if we create a refusal to listen to a particular thought — a mindwall of sorts — that thought will eventually give up. Some thoughts are easier than others. Try this with one of yours this month.

*Melissa Broder is the author of four collections of poems, including* Last Sext  *(Tin House 2016), as well as* So Sad Today, *a book of essays from Grand Central.*