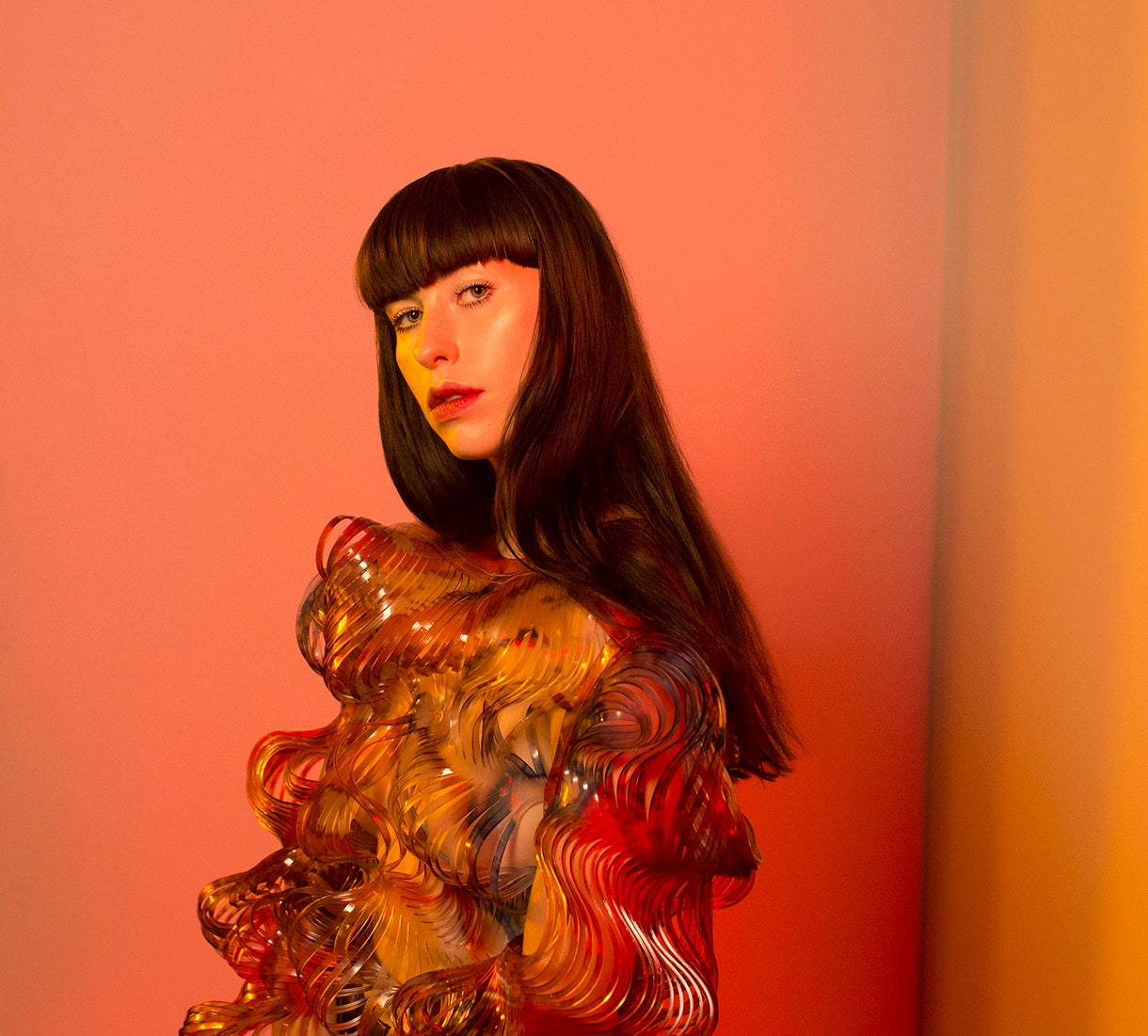 If “Grammy-winning pop star from New Zealand” were a *Jeopardy!* clue, one correct response would be: Who is Kimbra? For the past seven years, that particular query has also echoed in the minds of music critics wondering where to place the 27-year-old singer, still best known for contributing vocals on Gotye’s 2011 hit “Somebody That I Used to Know.” She answers the question herself while chatting with me at Warner Music Group’s New York office in December, explaining how she has written and co-produced her three albums. She answers it even further on the latest of them, *Primal Heart* (out in April), brimming with technical prowess and astute lyrical sagas. If the world thought she was here only to assist on hit songs, she sounds as energized as ever to prove them wrong; she sounds ready for you to know she earned her mononym in pop.

In 2012, a year after Kimbra’s debut, *Vows*, I waited in a long, cold line outside a Chicago venue to see her in concert. I didn’t realize at the time that we were the same age when she took to the stage of a sold-out house, singing from an album that sounds as ambitious now as it did then. *What 21-year-old puts a live track made famous by Nina Simone (“Plain Gold Ring”) on their debut album?*, I wondered. It’s layered, experimental pop that is both beautifully sung by Kimbra and woefully unsung by critics.

Born Kimbra Lee Johnson in New Zealand, the pop star tells me her birthplace made her “more imaginative, looking outward and dreaming, far away from the world.” She moved to Australia in 2008 to work on music, including her debut album’s lead single, “Settle Down,” which led to her signing with Warner Bros. Records and moving Stateside. Her version of living in Hollywood was to be on a sheep farm on the outskirts of Los Angeles. She won two Grammys in 2013 for her song with Gotye, one for record of the year and another for best pop duo. She says the awards “feel like a long time ago, so it’s funny to think about that affecting , but I guess everything does affect everything else.” She calls Gotye by his nickname “Wally,” and they still see each other frequently.

Kimbra sometimes employs spiritual terms to describe songwriting, talking about her search for “a song that you have never heard before, but you feel like you’ve known all your life.” She says that for her second album, 2014’s *The Golden Echo*, she “didn’t really have that same acute intention.” The reaction to the album was mixed, with *Rolling Stone* (2) it as one of the best 20 Best Pop Albums of 2014, while Pitchfork (3) her idiosyncratic take on the genre squandered potential.

Her new album details her growth in the interim, a time in which Kimbra relocated to New York City, finding what she considers a healthy remove from the music industry. On *Primal Heart*’s last track, “Real Life,” she sings, “Nothing to fear if you lose your mind / Just keep your head up in the real life.” This approach, at once fearless and grounded, results in her most cogent musical statement yet. Beyond an echo of her mammoth range, Primal Heart sees Kimbra’s pop-star potential realized.

For Lenny Letter, I talked with Kimbra about the *Primal Heart* tour, starting January 28 in Boston, and what fans can expect from the new album.

____Thora Siemsen:__ What are you most looking forward to about the *Primal Heart* tour?

__Kimbra:__ I can’t wait for people to hear the new live experience. It’s a bit of a smaller band than before, but it sounds huger than ever because we’re really embracing sound-sculpting with our electronics. It’s very synth-heavy, a lot of drums. It almost feels a little bit like a DJ set. The stage design we’ve got is sick. It’s a real visual show, more than I’ve done before. We just did it around Europe, and man, I think America is going to be really pumped on this show.

__TS:__ How would you describe your style as a producer?

__K:__ I really like production that doesn’t feel too clean, because pop music is especially shiny. I try to relish in lower-quality instruments, keeping things at a level where we can fall into the unexpected. I like to cut things up on the fly and try to not make everything perfect. I think most of the co-producers I’ve worked with have wanted to home in on that as much as possible rather than clean it all up. That’s maybe where I shine most, when I’m not overthinking and letting the rough edges remain.

____TS:__ Were there some things that you said no to on this album?

__K:__ I said no to a lot of things. I was pretty intentional about not doing a lot of feature collaborations. There were certainly incredible people involved, but me and the co-producer, John Congleton, decided to not have any artists titled as the features. He wanted to strip things back a bit and bring my voice to the forefront and be really bold. I’ve always been a big fan of the imagination of the St. Vincent records he did. I knew he would challenge me and take me out of my comfort zone. That was scary to do, in a way, but I know that it felt like the right thing to just focus this album a bit more.

__K:__ I think New York has made me into a bolder person, even the way I communicate. You have to be really sure of what you’re asking for, because otherwise people will just be like, “Fuck off,” and walk away. You have to be really direct. I think that does bleed into the music as well. I’ve also witnessed a lot living in New York. I marched in my first Black Lives Matter protest. Living as a New Zealander in America, I always thought, It’s not my place to talk about that. Then I had a moment like, Of course it’s my place. I’m a human living with other humans.

*Thora Siemsen is a New York–based writer and contributing editor. She has written for* Frieze, Lit Hub, OUT, Paper, Rolling Stone, Rookie, *and* The Creative Independent. *Find more work (1).*