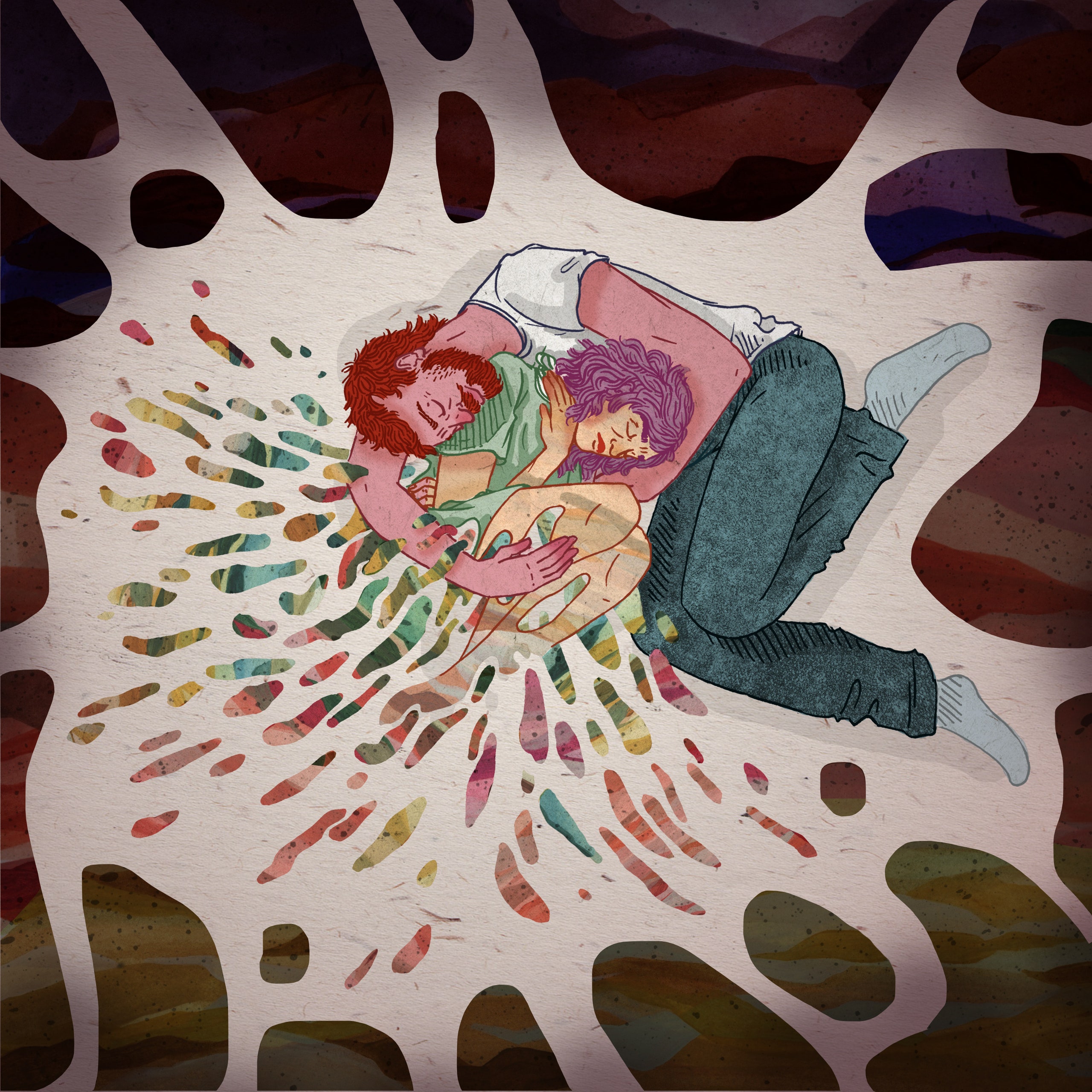 There’s a reason they throw in that “sickness and health” clause when closing the marriage deal. Sickness and its accompanying stresses are no longer proprietary; they plague your spouse in tandem. Barring any Munchausen fetishists, one would think the stress of an emergency hysterectomy would be the last prelude to a sexy bonding experience. But life is full of surprises.

When we first learned the surgery was necessary and imminent, my husband and I both felt a combination of relief and dread. A few years after the birth of our youngest child, I’d developed adenomyosis, a painful condition where small tumors grow into the muscle of the uterus and cause incessant heavy bleeding. Some people with adenomyosis are fortunate enough to be devoid of symptoms, but my bout had worsened to the point that standard medical inquiries about the date of my last menstrual period had no answer — I had a single, debilitating period that went on and on with only the odd day off for months.

Needless to say, this became a huge bummer as far as sex was concerned. I rallied with gusto during easier days, but in the week or two before the surgery, I was bleeding so heavily, I’d become severely anemic and it was impossible to lead a normal life, let alone feel even remotely foxy. I could barely socialize or pick up my kids from school without having to rush home, change my dressings, and lie down. I couldn’t sleep through the night because I’d have to address my situation, and I woke up each day in exhausted misery.

No one is gleeful at the prospect of their nether regions being sliced, diced, and julienned, but my monthly curse had become a curse indeed, and I was grateful to know I’d eventually be relieved from its spell. That was the relief part of it.

Our sense of dread came from the impending logical nightmare of a hysterectomy. I’d just recovered from a surgery that had taken place two months earlier, and my husband had *just* gone back to work after six weeks of family leave. We couldn’t afford an extra set of hands, and in spite of a rare plea my husband made for help, all three sets of our parents wouldn’t go out of their way to help us with child care, coating an already undesirable situation with a layer of extra stress.

Fortunately, a friend took pity on us and volunteered to take our kids for the night so my husband could be by my side during the surgery. Who knew having your insides rearranged could be so romantic? The guy held my hand, cracked jokes, and kissed me tenderly right up until they wheeled me in. When I woke afterward, he was right there by my side. With the fetching, open-back hospital gown blending so well with my wan, green-gilled post-anesthesia countenance, it would have been very difficult for me to feel less attractive. But I didn’t care. His mere presence trumped any IV painkiller, and wouldn’t you know, in the least sexually enticing situation possible, I found myself consumed with desire for him.

Just as he came to visit the next day, our child-care savior and our kids fell very ill, and my husband had to go directly from holding my hand in a hospital room to holding our kids’ hair over the bowl. As he beat his hasty retreat, I began to sob out loud. I can usually find the humor in stressful situations, but vacillating hormones combined with the inability to be there for my sick children tossed me into a hard-core depression.

I ached for the company of my husband to the point that it amplified my physical pain. One thought led to another: All I wanted was to fast-forward to a time I could shower him with love, joy, and pleasure. Then it dawned on me that, after all the puzzle pieces inside me had been rearranged, I might feel different to him when we had sex, which only made things worse.

My roommate, a lovely grandmother suffering from a bladder surgery gone wrong, heard me sniffling away and asked me, quietly, “You had a hysterectomy?”

“Don’t worry, Mama,” she said in a maternal tone accustomed to soothing pain and disappointment. “You’re going to feel so much better in a few weeks. And *woo*! You all are going to have a second honeymoon!”

This nugget of info perked me up. She went on to explain how once she hadn’t had to worry about bleeding or pregnancy, she and her husband had experienced a rebirth in their relationship. For the first time in years, the act of sex was released from any possible consequence and became a pursuit of sheer pleasure for pleasure’s sake. After this hearty little pep talk, a great sense of ease crept into my soul.

Still, I was nervous about this no-sex phase after my surgery. Taking sex off the table, even for six weeks, can seriously shift the gears of a relationship. When your days are consumed with work and chasing children, gestures like hand-holding, impulsive hugs, and butterfly kisses transition from “just because” demonstrations of affection to straight-up foreplay. But without the promise of actual sex, these little passes can become less frequent, and before you know it, you’re flopped on opposing ends of the couch, the remote resting between you — a dividing buffer favored by the platonic.

My worries were unfounded. Throughout our enforced sexual break, my husband never denied me little displays of affection — even while doing decidedly unromantic things like helping me waddle to the bathroom and assuming the complete care of our children.

In spite of the fact that the only decent stretch of time we’d had alone in years was spent sequestered in a hospital room, I’m happy to report that my sweet roommate was right.

Seven years have since passed, and I now regard my hysterectomy as a tremendous gift. I recognize I was fortunate enough to be done with my uterus before it quit on me; many women are not as lucky. As soon as I was no longer burdened by a malfunctioning reproductive system, that sense of liberation my roommate spoke of did wonders for my morale. Finally, it reminded me how lucky I am to be with my husband. There is no one on this earth I’d rather have help me to the bathroom, and, when it’s my turn, there’s no one I’d rather help to the bathroom. And, in case you’re wondering, our remote has yet to come between us.

*Vivian Manning-Schaffel is a journalist, essayist, and rumpshaker who’s written for the New York* Times, The Week, *NBC News,* New York, *and a wide variety of additional publications. She’s currently at work on her first novel.*