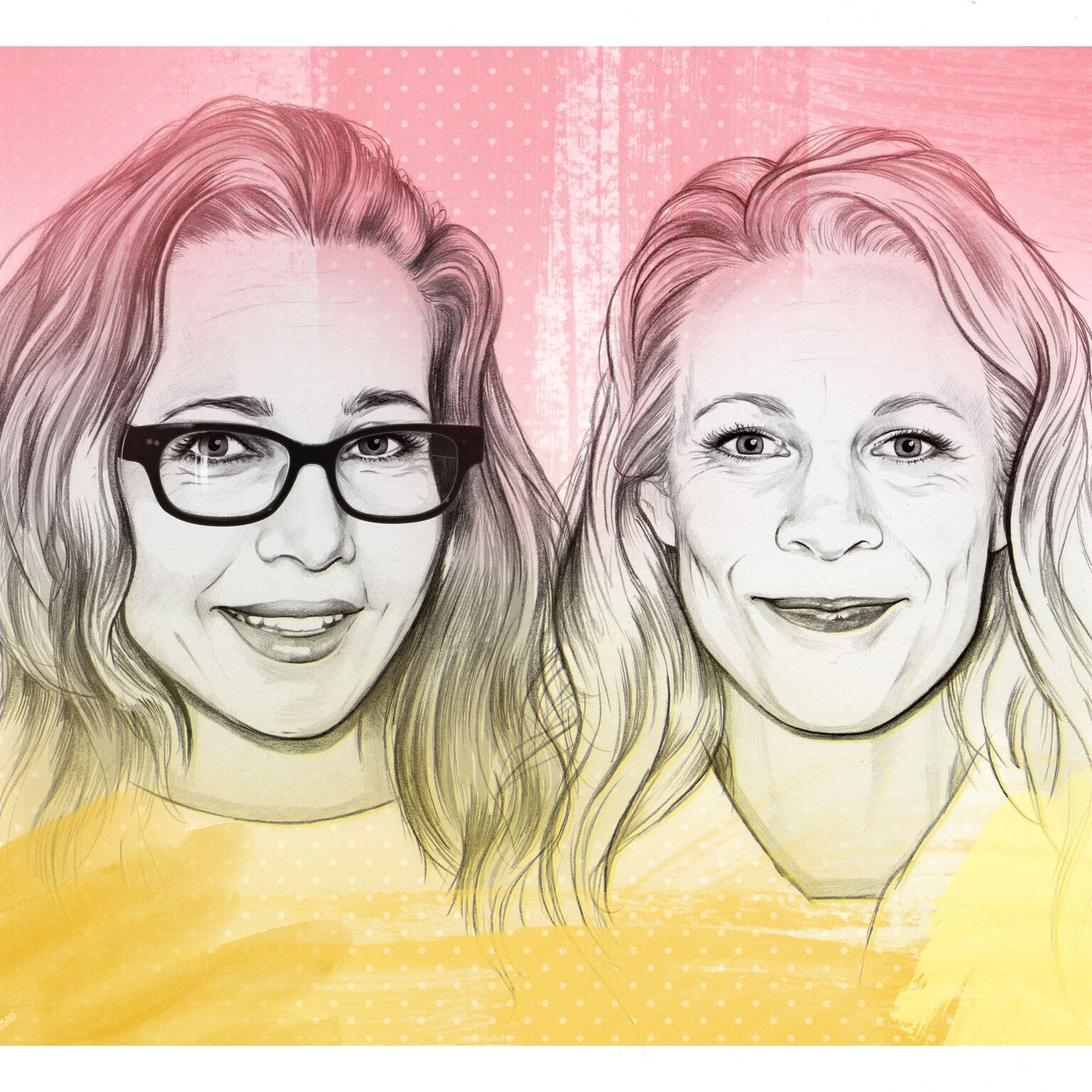 Lili Taylor and Janeane Garofalo had similar career beginnings — each inspired a slew of Gen-X crushes and had a star turn playing a cool best friend, in the cult-classic films _Say Anything_ and _Reality Bites,_ respectively. In the ensuing decades, each worked steadily but with different trajectories: Taylor starred in TV shows (_Six Feet Under, American Crime)_, plays (_The Three Sisters, Mourning Becomes Electra_), and movies (_High Fidelity_, _The Notorious Bettie Page_) and became active in bird conservation, while Garofalo, primarily a comic, went on to star in _Romy & Michele’s High School Reunion_ and _Wet Hot American Summer_ before hosting a radio show on the short-lived progressive station Air America.

Now they are first-time costars, in the play _Marvin’s Room_, playing long-estranged sisters grappling with each other, their troubled family, and a life-threatening illness. _Marvin’s Room_ debuted in Chicago in 1990 and was produced in theaters around the country and London’s West End before being made into a 1996 film starring a young Leonardo DiCaprio; Meryl Streep as Lee, currently portrayed by Garofalo; and Diane Keaton as Bessie, Taylor’s role. Keaton was nominated for an Oscar for her performance.

The current production marks Garofalo’s Broadway debut, and, in addition to forming an inspired theatrical pairing, she and Taylor have become fast friends. We spoke on the phone just after the play’s opening. Garofalo, a self-proclaimed “neo-Luddite,” dialed a moment late into the conference line, while Taylor cheered her ability to join — their unfettered admiration for each other and joyful camaraderie made them seem more like longtime pals than newly introduced costars.

**Leigh Flayton** : What was your reaction when you found out you would be each other’s costar?

**Janeane Garofalo** : Without even having read the play, I knew I wanted to work with Lili. I auditioned for it, never thinking I would get it, and then I actually got the part somehow. It was Lili that was the motivating force.

**JG** : Because I don’t get 90 percent of the things I audition for. I’m not a particularly good auditioner. It’s a very unnatural, unsettling situation. My low self-esteem does not serve me well in that type of situation, so I just assumed I wasn’t going to get it, which I think actually worked in my favor. I went into it with, “I’m just happy that they would even ask me to do it.”

**LF:** This is Janeane’s _and_ the play’s Broadway debut. Why is now a good time to revive this show?

**LT** : I think any time would be an OK time, because it’s about family. It has all the stuff that any good story has, which is the specificity with a certain family, the conflicts within it — dying, loving, what’s important.

**JG** : There are — out of necessity in the last, I would say, ten years, because of the economy — multigenerational families living together again. Growing up, my mother’s mother lived with us for most of my life, and it was extremely difficult. Especially since my father did not get along with my mother’s mother. And so I am a huge advocate, just from personal experience, of nursing homes — if it’s a nice nursing home … These are very difficult issues, and people sometimes think I’m very, very cold and somewhat crass about my sort of straightforward opinion on this, and I certainly don’t mean to be.

> I was so emotionally immature and so thrilled to be getting these jobs that I mostly didn’t take it seriously, didn’t focus, didn’t try and become a better actor.

**LF:** Speaking of straightforward, Janeane, you got a lot of flak for raising a political voice against George W. Bush and the Iraq War. What did that do to your career, and to you?

**JG:** Well, I’m sure it wasn’t helpful, but that’s OK. If there are certain types of people that wouldn’t have worked with me back then because of my political stance, that’s fine, because obviously I wouldn’t have wanted to work with them.

I did not enjoy that period, believe me. That was a very, very bad time. Criticism hurts me deeply, and I felt very unjustly singled out — as lots of people in entertainment often are — because they’re easy to mock and marginalize. That’s why the mainstream media tends to pick on them more than people from the Pentagon who were against the war.

But I was working at Air America with Rachel Maddow and Al Franken, and that was one of the most fulfilling times of my life, though I would say that taking two years off to work at Air America doesn’t really give your career a huge shot in the arm. Especially when you come back to acting over the age of 40, saying, “Hey guys, can I come back again?”

**LF:** I thought of you recently with the Kathy Griffin situation.

**JG** : See, that’s ridiculous. There is no reason in the world to take the time to pick on a person who has said something that hurts no one, whereas the person that she’s lampooning hurts many people. But that just tells me that those people aren’t serious and that they have problems maybe with her for whatever reason.

**LF:** As actors, by definition, your lives are unconventional, but you both grew up in fairly traditional, middle-class, suburban households. Was it a struggle to choose a creative over a conventional life?

**LT:** No. Even though I was in suburbia, my family was pretty weird. My dad did not want me to have a nine-to-five, so I didn’t have any problem with that. My thing would be, thank God I didn’t have a problem with that, I can’t imagine if I had, and what kind of gusto that would have taken on my part to push through that. My advice is just to thine own self be true.

**JG** : It wasn’t hard for me either. My father would have much, much rather that I had what he would refer to as a “secure job.” He is “Carmine the Conservative,” but he didn’t vote for Trump. That’s a plus. But he was the first to get past the eighth grade in his family. Actually, he was the first to go to college, and my mother did not go to college. So they were of the opinion that one must go to college. It just was vitally important to them. So I did. I didn’t want to; I had had fantasies about maybe going to Toronto or Chicago to join Second City.

**LF** : When you think of your early career, what do you recall about yourself?

**LT:** In my 20s, that’s when the indies were happening, and there wasn’t really that pressure on hiring stars, which was great, so freeing, because I wouldn’t have gotten the things I got. In some ways, I probably was somewhat disassociated, but I think in one’s 20s, you kind of are, because that’s appropriate. It’s appropriate not to be fully conscious, and that’s OK. Now I’m here at 50, and I’m having an interesting time, just going through each age … so I wouldn’t want to go back to my 20s, but I feel like, yeah, I was appropriately in my 20s.

**JG** : I wish I’d been more like Lili. I wish I had the maturity and the wisdom that I am certain she had at that young age.

**JG** : I have always watched Lili with great admiration.

**JG** : No, but you were … I felt like I was just standing in the right place at the right time, and I was lucky enough to be friends with Garry Shandling and Ben Stiller. Honestly, because I have no idea how that happened. But then as I got opportunities from being on _The Larry Sanders Show_ and _The Ben Stiller Show_, I didn’t take them seriously. I didn’t understand; I didn’t focus. I was just so thrilled to be seemingly popular. As a kid who was not particularly popular, I was so emotionally immature and so thrilled to be getting these jobs that I mostly didn’t take it seriously, didn’t focus, didn’t try and become a better actor. In fact, I had no foundational skills, and still don’t, unfortunately.

But Lili has actually helped me a great deal with that. I wish I had had the wisdom Lili has been imparting to me now, then, and I’m being totally honest about this. I actually would love to go back to my 20s. I would love it, not only because it’s wonderful to be young, but I would study the way Lili is, and apply that to the good luck I was given. Because you get this opportunity, and you shouldn’t squander it, which is what I think I did. I was a heavy, heavy drinker, and I wish, wish, wish I had not done that. And I wish I had been like Lili.