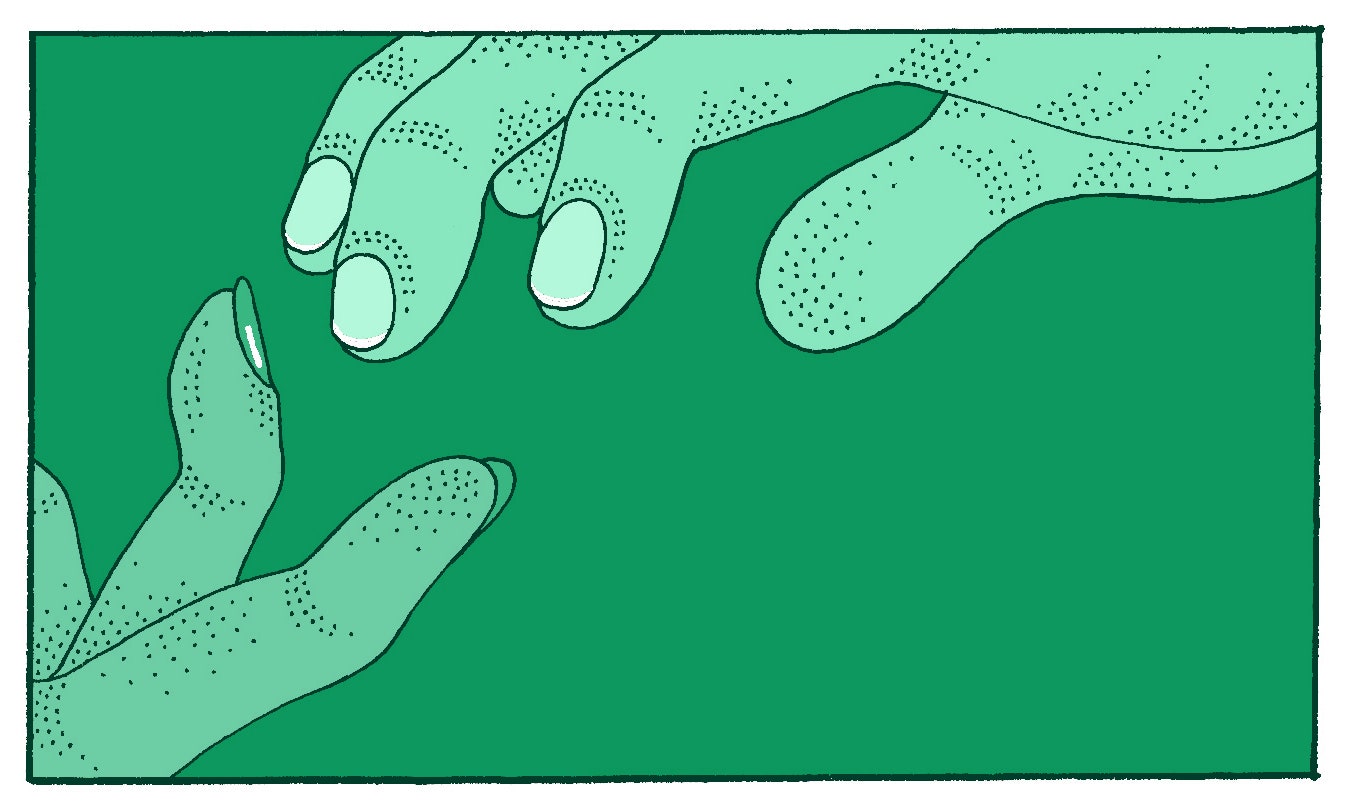 Just before my novel (2) was first published in 1968, I had the idea for another taped book. The concept was to invite a number of ex-boyfriends over for dinner one by one, serve them each the exact same meal. I’d turn on the tape recorder the minute they came to the door of my New York apartment, and keep it running until they left. Then, I’d edit the recordings into a book, hoping, in the process, to discover What Went Wrong.

This story is part of a series of five excerpts from the taped dinners — but not that last guy’s. You can read the first installment (3) and the second (4). This is Lukas.

*Linda Rosenkrantz is best known for her taped novel* Talk, *recently republished as a New York Review Books Classic, and she is also the co-founder of the popular baby-name website (5)*.

*Lauren Cierzan is an illustrator based in Nashville, Tennessee. Her scribblings and more can be found at (1).*