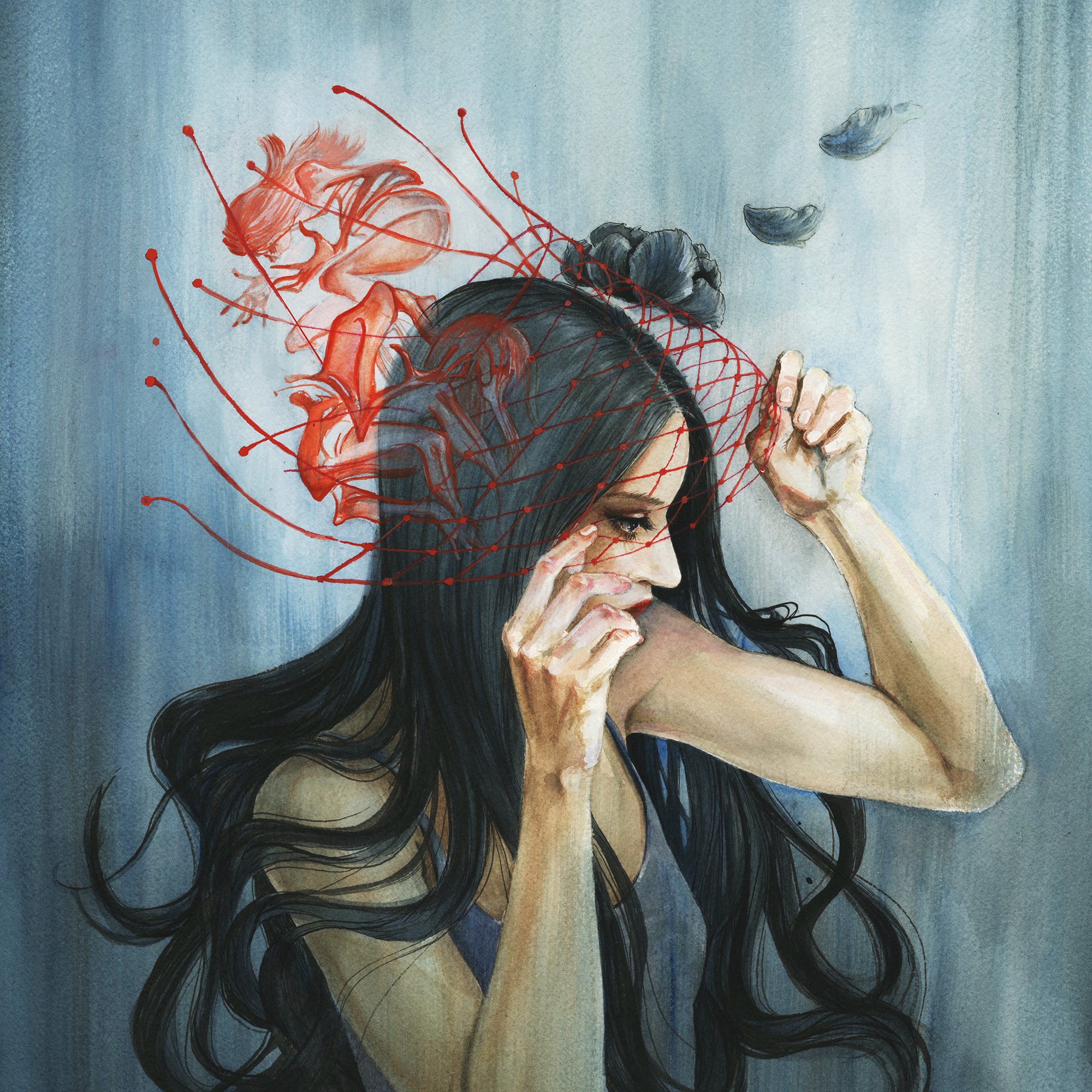 When I was thirteen, I showed up to a party where I happened to be wearing the same top as one of the “pretty girls” in my class. Noting this, a boy lined us up side by side and decided it would be fun to compare us. His cruel assessment of me, in front of my peers, was devastating. Up until that point, I hadn’t really had any comparison for my looks; I thought I was normal. It wasn’t until people told me I was ugly that I started to believe that I truly was.

Ever since then, I have struggled with my appearance, and my self-image grew so distorted that I actually convinced myself I was deformed. Throughout my teens, I constantly obsessed over how unattractive I was. I spent an obscene amount of time scrutinizing my outrageously large pores and my unreasonably crooked nose and fixating on the texture of every inch of my skin. The more I focused on my perceived flaws, the more I alienated myself from the world. I often refused to leave my house because my compulsive grooming, hiding, and concealing rituals consumed so much energy.

When I went to university, it was free to see a psychologist. I knew my behavior was abnormal: missing out on classes because I felt too ugly to go made me realize I needed to talk to someone if I planned on graduating. So I spoke to a psychologist, who explained, “Body Dysmorphic Disorder” (BDD), the clinical term for what I was struggling with, and recommended I seek further counseling. Once I graduated, more counseling didn’t happen because I couldn’t afford it.

My ability to simply hide came to an end when I became a performing musician in my early 20s. Early on, one of my coping mechanisms was to wear oversize sunglasses to conceal my flaws while onstage. My manager at the time put his foot down, claiming people needed to see my face. I was forced to relinquish the glasses, while agonizing over how I would be able to survive without my protective shield.

In another painful situation, I was asked to show up for a magazine photo shoot au naturale in order for them to do my makeup. The idea of going out in public without makeup was so terrifying, it hurtled me into full panic mode. Looking back now, it was obviously an overreaction; however, at the time, the faulty wiring in my brain had me convinced that, without makeup, I was monstrous — a fragmented Picasso painting on acid.

A week before I signed my first record deal, at 28, I slipped into a deep depression. I recall when, one day, I was feeling hideously ugly, and I arranged for a nonsurgical procedure to have fillers injected to straighten my nose. I knew my college therapist and all the experts strongly recommend that people with BDD do not get plastic surgery, fearing it may lead to a slippery slope that goes beyond hiding behind makeup and inadvertently into hacking away at their appearances in an effort to find some semblance of perfection. But I didn’t heed such warnings. I was still in denial that I had a real problem.

The fillers didn’t work out the way I imagined, and I was left with a botched nose. This sent me further into a downward spiral, especially because I needed to perform in front of record labels that same week. In the end, I paid hundreds of dollars to get the filler dissolved, subjecting myself to rounds of painful injections. The whole experience left me very depressed. I drank to excess, wishing I could just disappear. It was very contrary to the joy I should have been experiencing as an aspiring young singer who was signing her first major record deal.

My mother, who doesn’t give a “good goddamn” about her looks, tried to be the voice of reason. She had been noticing my body dysmorphia for years, but at first she had chalked it up to extreme teenage angst. She didn’t have the language to know what was wrong with me. But I never grew out of it, and she realized how bad it had become. She tried to get through to me then, and kept trying, and thank goodness her persistence finally broke through. My mother told me that I was wasting the best — most precious — years of my life by devoting so much energy to my appearance. She told me again and again that I needed to “rewrite the negative tapes playing in my mind.” Somehow, that imagery finally penetrated my defenses and pushed me into extensive therapy.

It wasn’t cheap. I hadn’t attained much musical success at that point, and I still held three part-time jobs, but I knew I had to make my mental health my top priority. I had money saved for rent that I used for therapy. It was worth it. What I got out of therapy was invaluable; it taught me how to cope with anxiety, panic attacks, and depression. And then I signed a publishing deal, which helped defray the costs. Over the years, I’ve managed to quell the negative voices screaming in my head. No longer do I waste hours getting ready, and I even occasionally venture out in public with minimal makeup.

Sometimes I wear a birdcage veil while performing, which works well with my “country gothic noir” vibe. Though now I feel strong enough to wear a cowboy hat onstage for the most part, letting my bare face shine to the audience. While I still cringe at photos of myself and suffer from anxiety during video and photo shoots, performing onstage has helped. In my youth, if I felt something wasn’t right with the way I looked, I would give in to the disorder and cancel my plans. However, as a professional musician, I can never do this, and even on the days when I’ve felt particularly ugly, I still have to go onstage and sing my heart out for the fans.

I am not cured of BDD, but I have learned to cope. People often ask me where my dark, lonely songs come from. This is that place.

BDD made me feel like an outsider for many years of my life. It may seem trivial, this obsession with appearance, but that is the precise nature of BDD. Social media, like Instagram selfies, exacerbates the problem. I frequently come across cruel comments discussing the way I look. But as I get older, it gets easier. I have learned to let go of my many complexes. Though I often wish that less value were placed on image and that it were good enough for people to simply listen to my music, the beauty I seek now is a different kind.

It’s the kind that comes from the heart and spreads like wildfire. Society may be obsessed with youth and physical perfection, but I won’t buy into that way of thinking. I might have a child one day, perhaps a little girl. I want her to love every inch of herself. I want her to know she is beautiful and that imperfections are glorious and to be celebrated. I want her to be free.

*Lindi Ortega is a Canadian-born country artist and two-time CCMA Roots Artist of the Year winner who — inspired by her Mexican lineage, her new marriage, and the epic works of Ennio Morricone — refines her boot-stomping sound as she ponders loss, séance, resurrection, and freedom on her concept album* Liberty, *out March 30*.