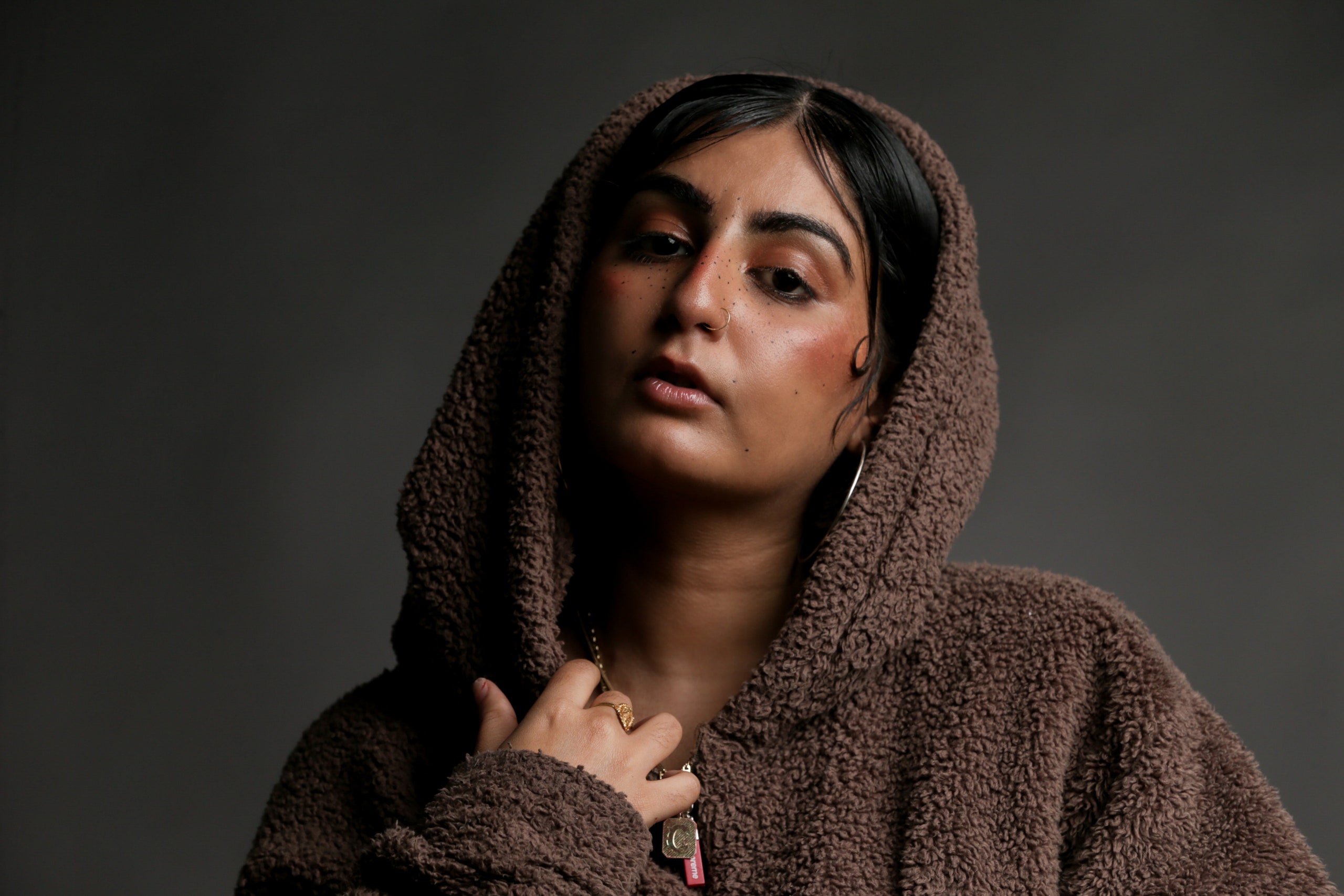 When Chhavi Nanda, known onstage as Chippy Nonstop, flew from Tokyo to Los Angeles after touring in 2015, she thought she was heading home. But instead, due to a visa error (Nanda was born in Dubai but had been living in the States since she was eleven), she was deported and forced to fly to Canada, where she’s been living for the past three years. When Trump was elected, Nanda’s lawyer told her point blank it wasn’t a good time to petition to return to the US.

Earlier this month, at Montreal’s Osheaga festival, Nanda told me that not being able to live in the same country as her family hurts, but she’s finally made peace with it enough to clear up any misconceptions about the situation and how it has affected her career. There was, she confirms, a period of being pissed off and acting out. Her (1) following her deportation (“FINALLY LET INTO VANCOUVER … IMMEDIATELY ESCORTED TO A PARTY”) was 100 percent true — a fan invited her, attempting to help cheer her up. But another tweet (“Got deported, want to die”) was just a dark joke. Because of it, the Canadian police showed up at her hotel to offer self-care tips.

“When something really bad happens, I’m really good at picking myself up,” Nanda says. “Growing up, my family moved a lot. I would always have to start my life over anyway. It was something I was always good at because my family did it so much.”

Before her derailment, Nanda had a burgeoning career. Blessed with the right talent at the right time, she found herself embraced by the 2010s’ rising EDM scene. She assisted established artists on tracks such as Major Lazer’s “Wind Up,” G-Eazy’s “Out of Pocket,” and Kreayshawn’s “Ch00k Ch00k Tare” in addition to DJing and working on her own rap projects. Vice magazine even went so far as to hail her odes to partying as hard as the boys as “the second coming of Biggie.”

Part of her healing, she says, started when she began giving back. Unable to book enough gigs to survive in the Vancouver club scene, Nanda relocated to Toronto after a few months and became involved with Intersessions, an event series aimed at teaching women and genderqueer people how to DJ. Her ultimate goal is to bring some crucial diversity to her adopted city’s dance-club scene.

“When I walk into clubs \, I see women DJing,” Nanda says. “But it’s mostly still underground. When you go to major festivals, because men are booking, it’s not a thought in their head. Even though we’re screaming about it all the time. It’s weird. I don’t see it in the bigger clubs, and especially in the house and techno scene. It’s very gatekeeper-y. Older white men who don’t trust us.”

It’s something that Nanda says she’s experienced repeatedly in her career as both a rapper and a DJ. Uninterested in being the scene’s token minority, she makes it a point to request that she’s not the only woman or person of color on a show or festival lineup. Even so, she says that sometimes she’s forced to walk a very tricky line between making a statement and making a living when that desire isn’t honored.

“At the end of the day, I can’t go home and I can’t live with my family,” she says. “I need money. I’ve gotten judged on playing certain things. They go, ‘Oh, how can you play that when the person of that festival stands for this and that?’ If I were to say that for everything, I would only play parties that pay $100 or less. Not to say that underground parties aren’t amazing, I play them all the time. But money. That’s been the struggle, picking things and being an activist, but picking my battles. I get shit about it all the time.”

Although she’s been busy touring and performing as a DJ, Nanda has also been working on new material, which she hopes to release before the end of the year. While her previous India-influenced effort, *Bollywood Edits*, had a hypnotic quality (“Stuff gay boys and girls listen to when they get ready,” Nanda calls it, attempting to pinpoint the appeal), she calls her new music the kind of soundtrack you’d want after leaving the house—more in line with her fanatically rapped/sung party-anthem single “ (2),” where she pays tribute to a particularly crazy night out.

Therein lies the secret to Nanda’s success so far: she’s not afraid of contrasts. Whether it’s exploring textures in her music, or emotions in her day-to-day existence, she’s here for it all.

“I’m pretty happy, which is weird. I feel guilty about being happy. Maybe it’s just the woman in me, feeling guilty. I just want to keep doing this forever,” she says.