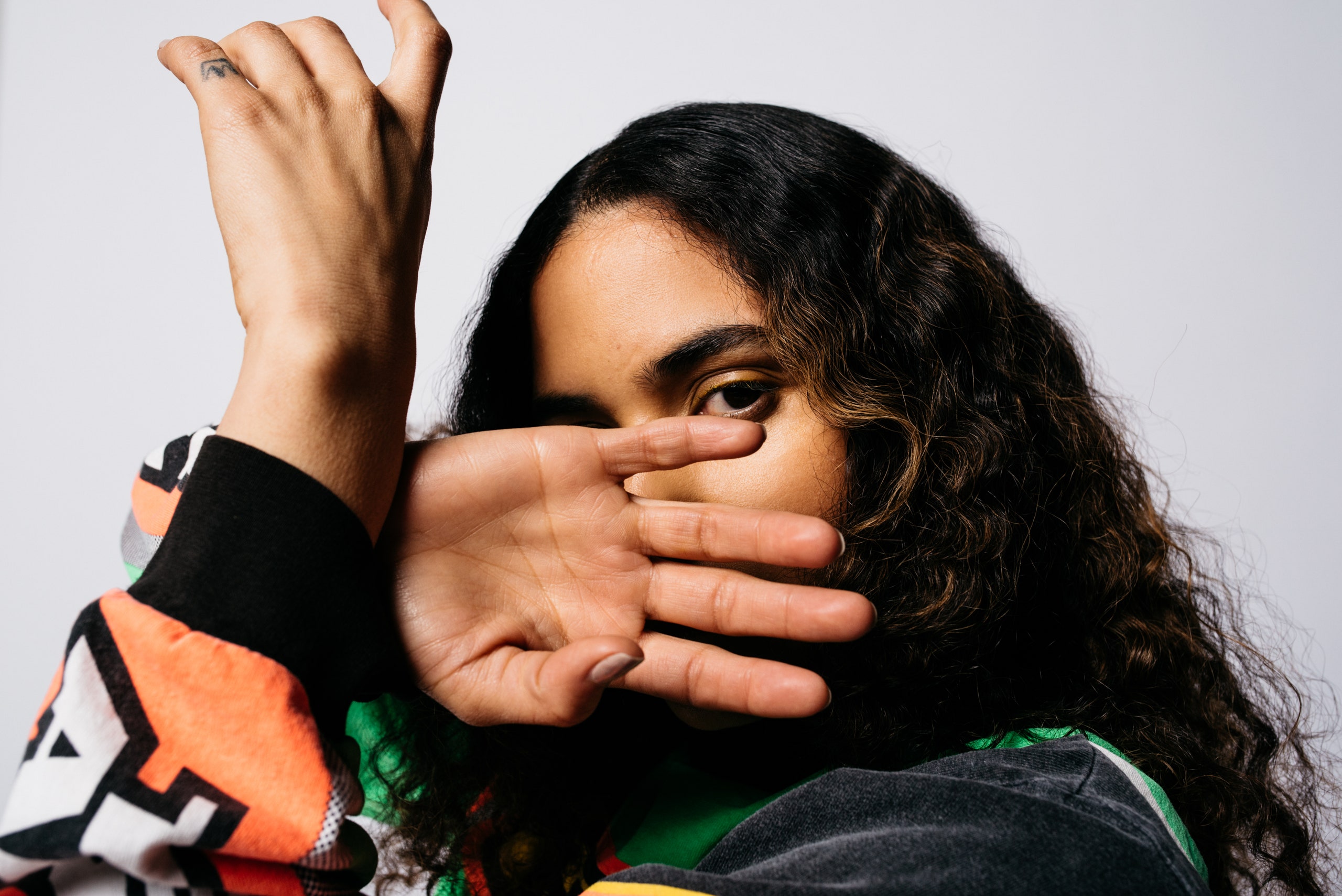 Since 2013, Lorely Rodriguez has been weaving together intricate electronic pop under the name Empress Of. Her first singles suggested a certain spun-sugar quality. However, her debut album, *Me*, with its slinky R&B slow jams, pop hooks, and spacey disco synths, showcased Rodriguez as a singer and producer capable of working in nearly every shade of the sonic rainbow, while still skirting metaphoric descriptions. (For the most part, Rodriguez doesn’t go in for flowery language. I try and fail at a description. She laughs when I call her lyrics “linguistic ambidextrous,” telling me, “That’s a fancy way of saying bilingual!”)

But even when coupled with the most otherworldly sounds, Rodriguez never loses her ability to pinpoint a relationship’s rawest moments. (“Can we stop watching the TV? / Can I get up off of my knees?”) Perhaps that’s why, in a recent informal Twitter Q&A, it came as very little surprise when she revealed that her recent single “Trust Me Baby” draws each lyric (for example, “Here I am, I’m vulnerable again” and “Why am I always the one to cry?”) from conversations Rodriguez has had with her partners.

“I would never want to make someone feel bad,” she says, confirming the tweet. “But I think by the time it’s in a song, it’s beyond being my experience, or our experience. It’s a universal experience. I think you want not only the person to recognize it, but you want anyone to recognize the feeling in words. We share a lot of the same emotions as humans. I think it’s part of the job.”

But for all the sloppy hookups, heartaches, and calls for self-confidence of *Me*, Rodriguez says she prefers to save most of her feelings for the studio and the stage, pushing against the belief that artists are feeling-filled constant hot messes.

“I’m not very emotional at all!” she says. “I tend to put all my feelings into my music. I have a bad time trying to explain my feelings. At least that’s what my friends always tell me. I hardly ever go there with a lot of people. But I go there with my music all the time.”

Since the release of her debut album, Rodriguez has experienced a career acceleration. She tells me that benchmarks like covering the *Sound of Music* standard “My Favorite Things” for a Google App commercial were fun, but she’d prefer to speak in terms of the connections and community she’s gained: performing “Best to You” with Blood Orange — whom she refers to as family — onstage at the Hollywood Bowl (a show that also featured R&B heavy hitters Solange and Kelela). Inching her way onto the Billboard charts on the Khalid-produced DJDS (who also ranks high on her list of pals) track “Why Don’t You Come On”. These are the memories she carries with her. Which is why, last year, in response to people she’d rather not name, she wrote the upbeat diss track “ (1).”

“It’s important to have the skills of seeing who is true and honest and a good thing in your life and who isn’t. Sometimes you’re able to detect that off the first impression. I think it’s an important thing to do in your life, to see who is really out there for you and who isn’t,” says Rodriguez.

She can’t say much about the new album other than the fact it’s done — art has been shot and vinyl is probably being created as we speak. When pressed, she reveals there are collaborative tracks, and, as indicated by “Trust Me Baby” and its non-album B-side “In Dreams,” there are several bilingual songs. Oh — and, despite her label-prescribed coyness, she’s *incredibly* excited about it.

“It’s the feeling of when you read a really long book and then you close the book and go, *What do I do now?* It’s amazing. I really love the feeling of completing a project. Especially one that takes so much out of you. You’re pushing yourself constantly and trying to figure yourself out,” says Rodriguez.

As Rodriguez explains, life as a musician has offered her plenty of opportunity for self-reflection. And, she’s proud of how far she’s come. There are times where she wishes she could have been clearer and more honest with the people around her. But even so, she sees those moments as stepping-stones, not hindrances.

“Every time I didn’t do something I wanted to do it was because I was scared,” she says, mulling over the question of regrets. “That’s something that I’ve learned with this record. It doesn’t really matter if someone doesn’t think something is cool or someone doesn’t think that you’re cool. It took a lot of figuring out how to be like, *I don’t care! I don’t care—this is what I think is right.* Every time I’ve held back on wanting to do something it was because I was scared. Even with roller coasters and stuff. I’m scared of roller coasters in general, but I have a really good time whenever I’m on them.”

She pauses and laughs.