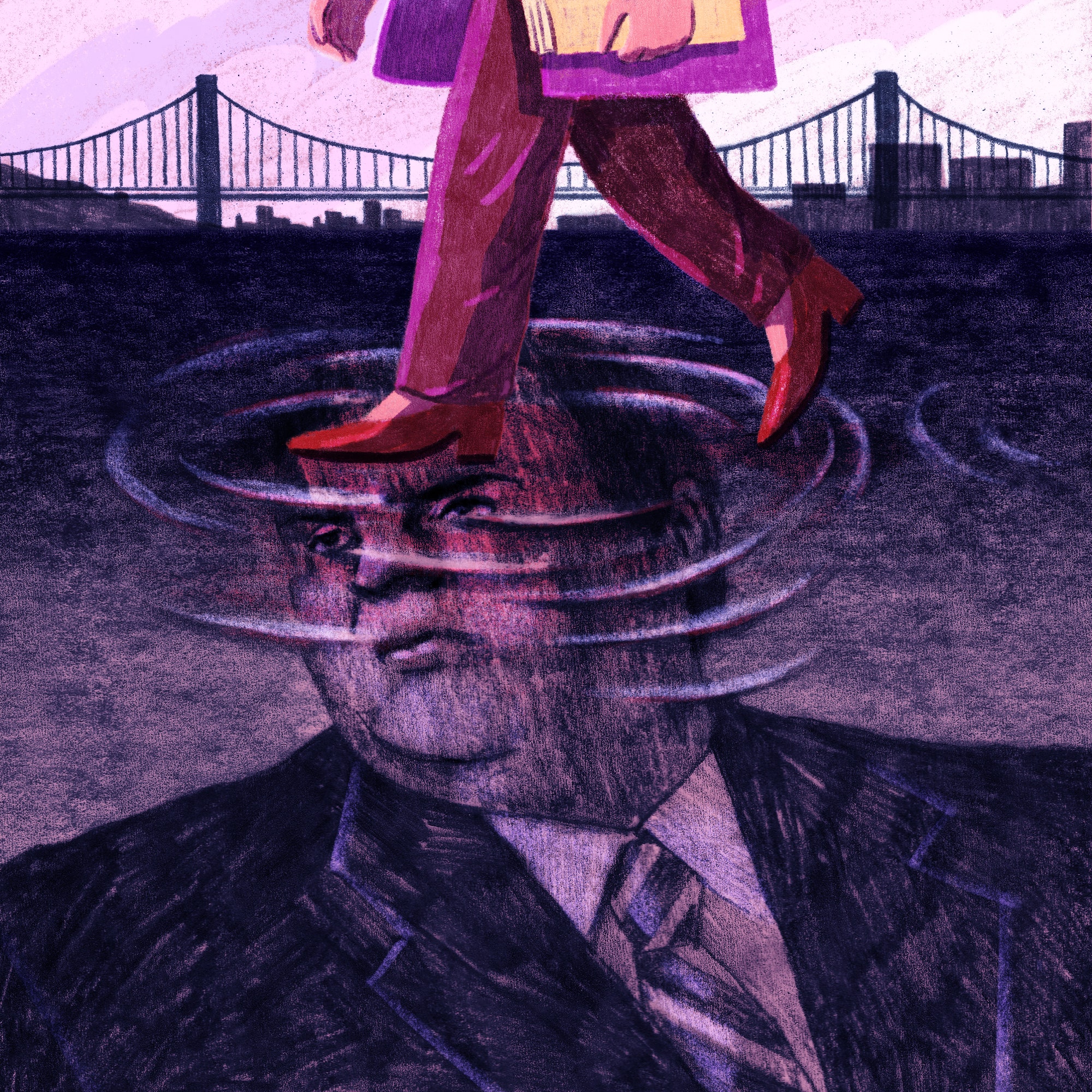 *“I’ve attributed my investigative experience to the fact that I raised adolescents. The moment one of my kids isn’t telling the truth, I know. If I come home late and I ask the kids, ‘Did you have a party here?,’ and they say, ‘No, what party?,’ I know when they are lying. The moment I heard Bill Baroni, my antenna immediately came out. I knew immediately he was hiding something.”*

It was 2013; Christie’s shoot-from-the-hip style and his handling of Hurricane Sandy, with the infamous bipartisan Obama hug, had made his poll numbers soar. He was being courted by wealthy Republican donors and had his eye on the 2016 presidential race. It seemed impossible to bring down such a popular governor, but *impossible* is not in my mother’s vocabulary.

My mother, aka New Jersey senate majority leader Loretta Weinberg, took down the guy who used to be the biggest bully in politics. Before there was Trump, there was Chris Christie.

Politics runs deep in Loretta’s blood. Her father was a big shot in the New York Tammany Hall political machine, where the boys in the back room doled out favors in exchange for votes and the only rules were abuse of power. After her father had an affair, her mother divorced him. As a single woman, her mom tried to buy a floral business, but it was 1945 and she couldn’t get a loan without a husband to co-sign for her.

As a young housewife in the 1960s, Loretta spent afternoons at campaign headquarters for various candidates, rolling flyers off mimeograph machines and creating strategy over cold coffee and stale doughnuts.

I spent my childhood picketing at the supermarket in support of Cesar Chavez or distributing leaflets for local candidates. I was six years old, but it was campaign season, and all hands were on deck.

She won her first election to the town council in 1990, was elected to the State Assembly in 1992, and in 2005 she became a state senator.

Our family sacrificed for her many high-octane political battles. In 1998, my dad, who was sick with cancer, spent his final months stumping for my mom when she ran for county executive (she ran while in the Assembly). She lost the election and my father shortly after. He spent the end of his life the same way he had lived all his other days, supporting my mother in everything she did.

Christie took his first swipe at her in 2011, when my mother criticized him for doling out high salaried patronage jobs to his buddies, many of whom were also collecting six-figure government pensions.

At 75, after losing her life savings in the Madoff debacle, Loretta began drawing a small pension from her civil-servant positions while still earning her part-time Senate salary. Christie told reporters they should “ (2).” The press went crazy, and Loretta skewered him during multiple interviews, saying, “Words do matter.”

Over the next eight years, she and Christie sparred on everything from funding for Planned Parenthood to smart-gun technology. “If Chris Christie had given out veto pens, I would have a much larger collection of pens from the last seven years,” (3).

|||
The author with her mother at an old A&P supermarket in 1968. Activist housewives would take turns picketing for workers’ rights in front of the Teaneck, NJ store.
|||

When the busiest bridge *in the world* had lane closures causing traffic to come to a standstill, she finally brought the “big boy” down. It was the first day of school and the anniversary of 9/11. Getting onto the bridge from the Jersey side was a parking lot. This went on for five long days.

The George Washington Bridge is run by the Port Authority (PA) of New York and New Jersey and has a budget of billions. The PA runs the tunnels, airports, and seaports.

In 2010, Christie appointed Bill Baroni as the PA deputy executive director, knowing he would be a loyal lieutenant. Christie wanted loyalty around him. My mother knew Baroni from her work with marriage equality. He had been a state senator and the only Republican to offer up a “yes” vote on a bill that sought to legalize gay marriage.

After hearing constituent complaints, Loretta decided to attend a subcommittee ethics meeting at the PA to get answers. Baroni claimed the lanes were closed because of a “traffic study.”

“I knew immediately something wasn’t right. Just his body language, the look on his face when I asked about it … I knew that there was a cover-up going on the minute I heard him open his mouth,” she would later tell *Vanity Fair*.

Loretta wanted subpoena power to interview witnesses under oath, but Christie had crushed Barbara Buono, his Democratic opponent in the governor race, only a short time earlier, and the Dems weren’t ready for a battle. So Loretta went back to Port Authority meetings in October, November, and again in December, but the board stuck to the “traffic study” story.

Loretta brought along Democratic assemblyman John Wisniewski to the next PA meeting. John was on the transportation committee in the Assembly and had subpoena power from a previous investigation. As the two pressed for answers, the governor called them “obsessed, with nothing else to do.” Loretta wouldn’t budge. “I’ve honed my instincts and trusted them completely,” she told reporters when asked about the scandal, which would be called Bridgegate.

A short time later, the “time for traffic problems” email written by Christie’s deputy chief of staff, Bridget Kelly, surfaced in the subpoenaed documents. Christie cronies had closed the lanes to punish the Democratic mayor of Fort Lee (the town where the NJ lanes spill in from) because the mayor wouldn’t endorse Christie during his reelection campaign. Despite an apology tour, Christie’s fall was fast and hard.

Not much had changed since the corrupt power plays of Tammany Hall, except now an elderly grandmother (as the press likes to call her) who had spent her life being a “voice for the voiceless” (she always tells me) had broken into the back room and taken down the guy no one else could touch.

Maybe it was her politician father and struggling divorced mother who had fueled Loretta. As Chris Christie fades into oblivion, my senator mother is going to get pay equity done and funding back to Planned Parenthood.

Loretta often tells young women, “I want to leave a whole bunch of troublemakers following in my footsteps.” I hope those troublemakers understand the sacrifices and the spin machines and can stay energized during the long, hard slog of change.

*Francine Weinberg Graff is a writer and producer in Los Angeles. She’s currently shopping a show based on her mother’s amazing political life.*