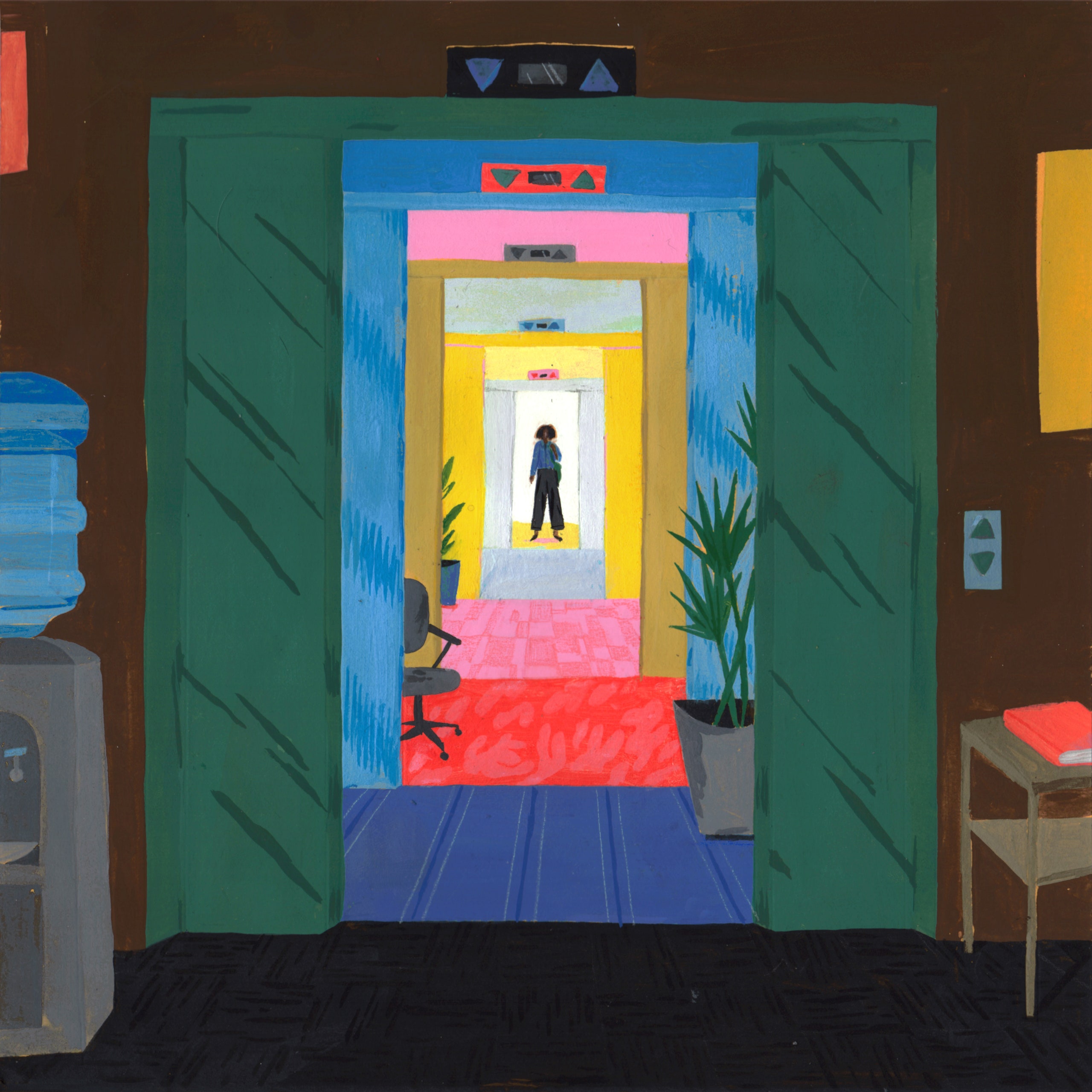 We weren’t particularly close, so I was pleasantly surprised when my colleague greeted me so warmly when we ran into each other outside the hotel. We hugged and then proceeded to weave our way through the streets of London to the event we were both attending, making small talk about the weather and our plans for the evening. It was only when we prepared to part ways at the entrance of the venue that I realized she had no idea who I was. She had confused me for another black woman who worked in a different department in a different city.

In that brief moment between realizing she didn’t actually know who I was and saying goodbye exists one of the crude realities of what it feels like to be a woman of color at work in this country. Part of me was annoyed that she couldn’t differentiate between the two of us; another part of me didn’t want to embarrass her by correcting the mistake she had made. Being black and female in the workplace means constantly having to walk a tightrope, balancing your own emotions with the perceptions and intentions of others, making everyone feel comfortable, instead of nervous, in the process.

When I first started working in corporate America, I was surprised by a lot of things: the volume of back-to-back meetings, the complicated team dynamics, fluctuating office temperatures. But the thing that surprised me the most and what continues to shake me to my core is how few women there are who look like me.

In the office, we’re not really supposed to think about race, unless it’s part of our job description. But for black women, that’s almost impossible. Being black is a core part of our identity, and it colors the way we see the world and the way the world sees us. I have had a colleague make jokes on my behalf about eating fried chicken for lunch (I’m a pescatarian); I have had to answer questions about my background in professional settings — not as small talk, but to explain why I deserve to be in the room in the first place. Being black and female at work means navigating insensitivities with dignity and assuming that most people are not ill-intentioned.

But in the same way that I can’t tell whether a coworker’s performance is affected by a family member’s illness or a spouse’s unemployment, it’s impossible for those around me to know how race affects the person I bring to work every day.

Over the past couple of years, the public conversation has shifted when it comes to the challenges facing women and minorities. We can talk more openly about the gender pay gap and diversity quotas. But what we have perhaps missed are all the intangibles that make it so difficult for black women to succeed in corporate America — if they can get there in the first place.

There is an indisputable volume issue with the number of black women in the pipeline, but, beyond that, black women who are in corporate America usually don’t have the resources to navigate the race and gender dynamics that inevitably appear in the workplace. Race creates a divide that most of us wish didn’t exist, especially from nine-to-five. So, rather than talk about it, we try to ignore it.

But for black women, race inevitably defines the experiences of who we are at work because it’s how society identifies us when we step outside our doors. We’re more likely to have close family members who have battled poverty, addiction, or faced jail time. Because we’re women, we’re also more likely to have helped these family members pull themselves back up. Black women tend to experience what organizational researchers Dr. Ashleigh Rosette and Dr. Robert Livingston refer to as (5) — the negative effects that black women experience in the workplace as a result of the combined consequences of being black and female. Their study found that black women are judged more harshly than white men, black men, and white women when making the same mistakes in the office. So as a result, we usually feel like we have to try twice as hard to even be considered half as good as our peers.

Part of addressing the problem begins with changing the leaders we choose to visualize. We’re captivated by women like (6), Uber’s new chief brand officer, partly because of the scandal surrounding Uber but mostly because we’re not used to seeing a woman who looks like her running a high-profile organization. Being able to see people who look like you matters. If we can start to tip the scale toward more equal representation of all kinds of individuals in the workplace, then we can change a lot: we’ll empower more people to apply to a broader range of companies, and organizations will be stronger because employees will bring diverse perspectives.

I’ve been incredibly lucky to work with people I respect throughout my career, so I’ve never felt completely isolated in the workplace. Because of this, I know that most interactions at their core come from a mutual place of respect. That day in London, I walked away from my colleague not feeling angry but rather recognizing, once again, how far there is to go. Making sure more women of color have the resources to enter and succeed in corporate America is a deeper, structural problem. But it’s important to remember that the empowerment created by visibility is unparalleled.

*Maura Cheeks is a writer who is working on a graduate-school study about the psychological effects of navigating race and gender dynamics in the workplace.*