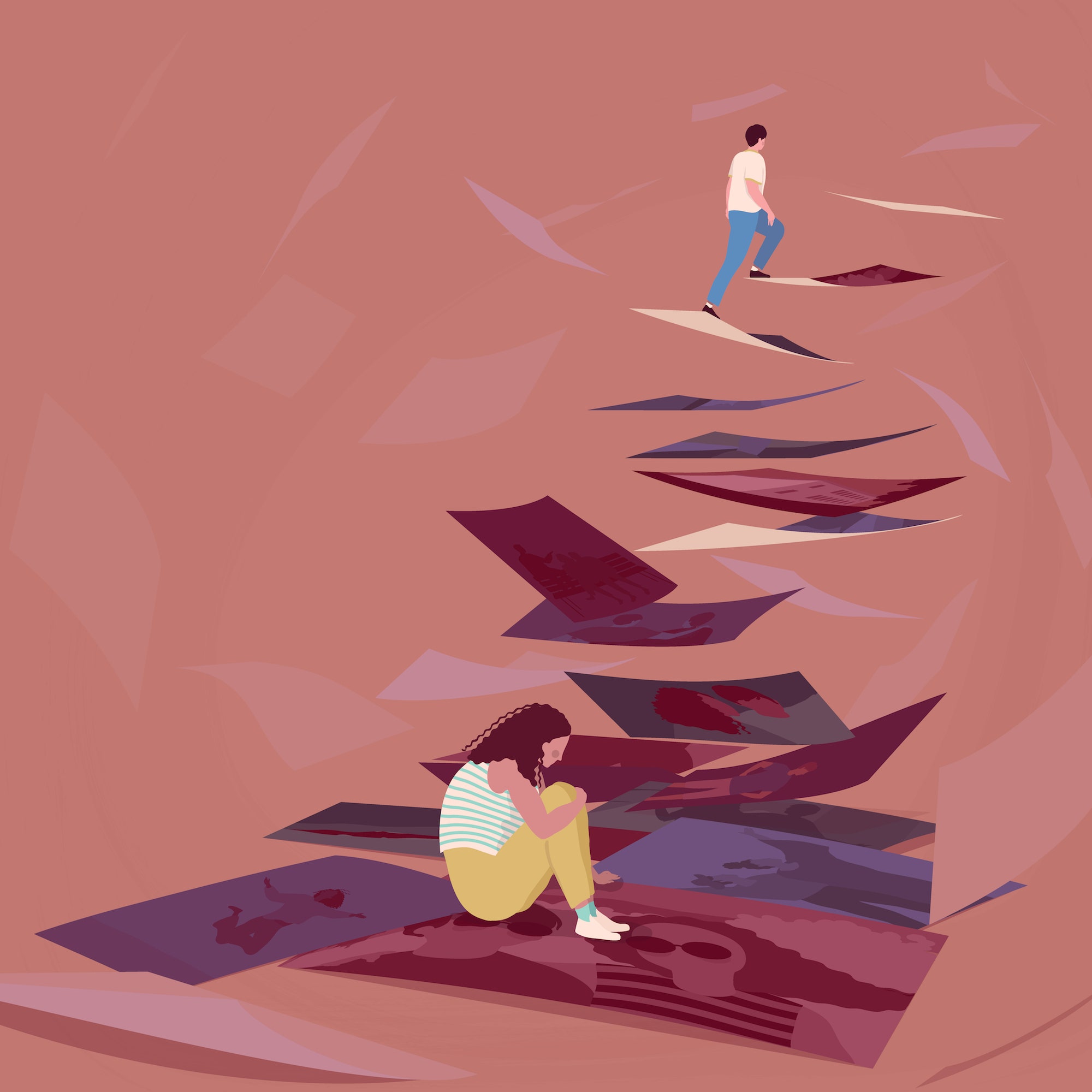 Seventh grade was the most traumatic year of my life. My best friends suddenly turned on me in favor of the “cool group,” and I was left eating lunch alone in the band room. My body was morphing into a weird mixture of woman and teddy bear, and I felt like I belonged on a shtetl. And at my Bat Mitzvah, the moment I was meant to be “coming out” as a “woman,” I stalked around like a skittish rat in a sparkly tube top from Bebe.

Seeing how desperate I was, my parents let me attend a new school the following year: one that was less stressful, more creative, and had a kick-ass theater program. I was the kid who earnestly wore a comedy/tragedy necklace, who dreamed of starring on Broadway, who listened only to original-cast recordings of *Rent*, *Gypsy*, and *Kiss of the Spider Woman*, and who forced my parents to let me get headshots when I was fourteen (mainly to hand out to family and friends). I knew I would fit in at this new school.

On the first day of eighth grade, I met Freddy. Freddy was mysterious and cool. He had sweeping bangs that masked soulful, green eyes, which he defined in black eyeliner. Girls practically lined up to be his best friend. The first day of drama class, Freddy and I sat next to each other, and it was love at first sight. I was frizzy-haired, fiery, and funny — just what Freddy was looking for. The other girls were tossed aside like garnish.

I had never felt so accepted in my life. Freddy and I would hold hands walking down the hallways, sit in classroom corners laughing until we cried, write each other notes and pass them across a room. We would make eyes at each other, and it was the first time I had felt seen by someone other than my mom.

Freddy was extremely selective with whom he gave his friendship to. When he chose me, it was like cocaine. I was an addict. And I was high, baby. As if spending every minute together in school wasn’t enough, I also followed him to sleepaway camp. *Theater* sleepaway camp. Celebrities from around the world had gone there. *Mandy Moore* had gone there. I knew with every fiber of my being that I needed to join the ranks of these serious thespians.

This camp, Stagedoor Manor, was the stuff that dreams are made of. Sure, I had willingly traded in the cute boys in basketball jerseys at my Jewish camp for sassy boys in deep V’s, but I didn’t care. Unlike at regular camp, the more obsessed with theater you were, the higher you ranked. Unlike at regular school, where it was shameful to know every word of the Witch’s rap from *Into the Woods*, at Stagedoor Manor, it was revered. I had finally found my people. AND IT. WAS. HEAVEN.

After three weeks of bliss, something changed. Freddy confided in me that there was a boy, a popular, older boy, who had been coming onto him, and it made him feel uncomfortable. Up until this point, Freddy and I had *never* discussed his sexual preference. I always understood that we’d never be together — our conversations were exclusively about Bernadette Peters — but I felt it was my duty to protect his heart. Freddy and I were a duo. Two halves of one whole.

When I heard a rumor the next morning that Freddy and this boy had been having a secret affair all summer, I sobbed like my husband had just died in the war. I felt stupid, ashamed. How could he not have told me this? Why wasn’t he comfortable sharing this part of himself with me? Why did he lie? Looking back, it’s clear his selective truth was an attempt at reaching out, but at the time I felt deeply betrayed. I thought I had known every inch of him, every crevice of his soul.

We agreed over Nokia text to meet behind the water heater before dinner. We sat there, cross-legged, Freddy’s hand in mine, and I cried. I told him that I loved him more than anyone in the world, that he was my best friend. He told me the same. I said I was hurt that he wasn’t honest with me, but that I understood. I didn’t want anything to ever come between us again.

He was shaky, confused. “What are you saying?”

I threw out my arms and exclaimed, “I KNOW YOU’RE GAY, FREDDY! I KNOW! AND IT’S OK!”

It was clear to me that the only wall between us — his sexuality — could finally be knocked down. But Freddy let go of my hand. He looked down. He denied it all. And, right there, at the water heater behind the Merman Theater, around 6:30 p.m. sometime in July of 2002, our friendship ended.

Freddy left the following week, and I stayed on for another session. The boy he had been hooking up with taunted me with the letters they had been writing, the texts they were exchanging. Meanwhile, my letters went unanswered, my texts went cold. The boy told me that they were planning a trip to DC for the Sondheim Celebration. That they were in love. That Freddy never, ever talked about me. I felt like someone had grabbed my heart from my chest, wrung it out, and tossed it in a canal. I was humiliated, confused, and completely heartbroken.

When I got back home after the second session, I called Freddy daily. I wrote apology letter after apology letter, pleaded with him like a desperate and jilted lover. One time he answered, but then hung up before saying anything. I sobbed myself to sleep every night, replaying the conversation over and over in my head, wondering how those two minutes could ruin the best two years of my life.

Freddy switched schools the next year, so we had no reason to ever see each other. We never spoke again, except for one time, years later, at a funeral. We said it was good to see each other, that we had both wondered how the other had been. I felt the ache of lost friendship, the absent years between us. It was nice, and it was sad. I see his posts on Instagram every so often. He goes by a different name now.

I always wished that Freddy and I might reconnect, that I could apologize for being callous and assumptive, that he might recognize the impact of cutting me out of his life cold turkey. When I look back, it’s clear to me that I was in love with Freddy, and that the kind of intimacy we shared was new and confusing to my fourteen-year-old self. Now that I’ve had serious, adult relationships, I can reflect on how my friendship with Freddy impacted my understanding of intimacy: He helped me find myself and showed me that I’m lovable. He gave me the opportunity to love deeply, without condition. He taught me joy, companionship, and complexity. I am grateful to Freddy for being my first soirée with intimacy, my first love, my first heartbreak.

*Jenny Rachel Weiner is a Brooklyn based playwright, screenwriter, and yenta. You can read more about her work and see embarrassing photos from her childhood (1).*