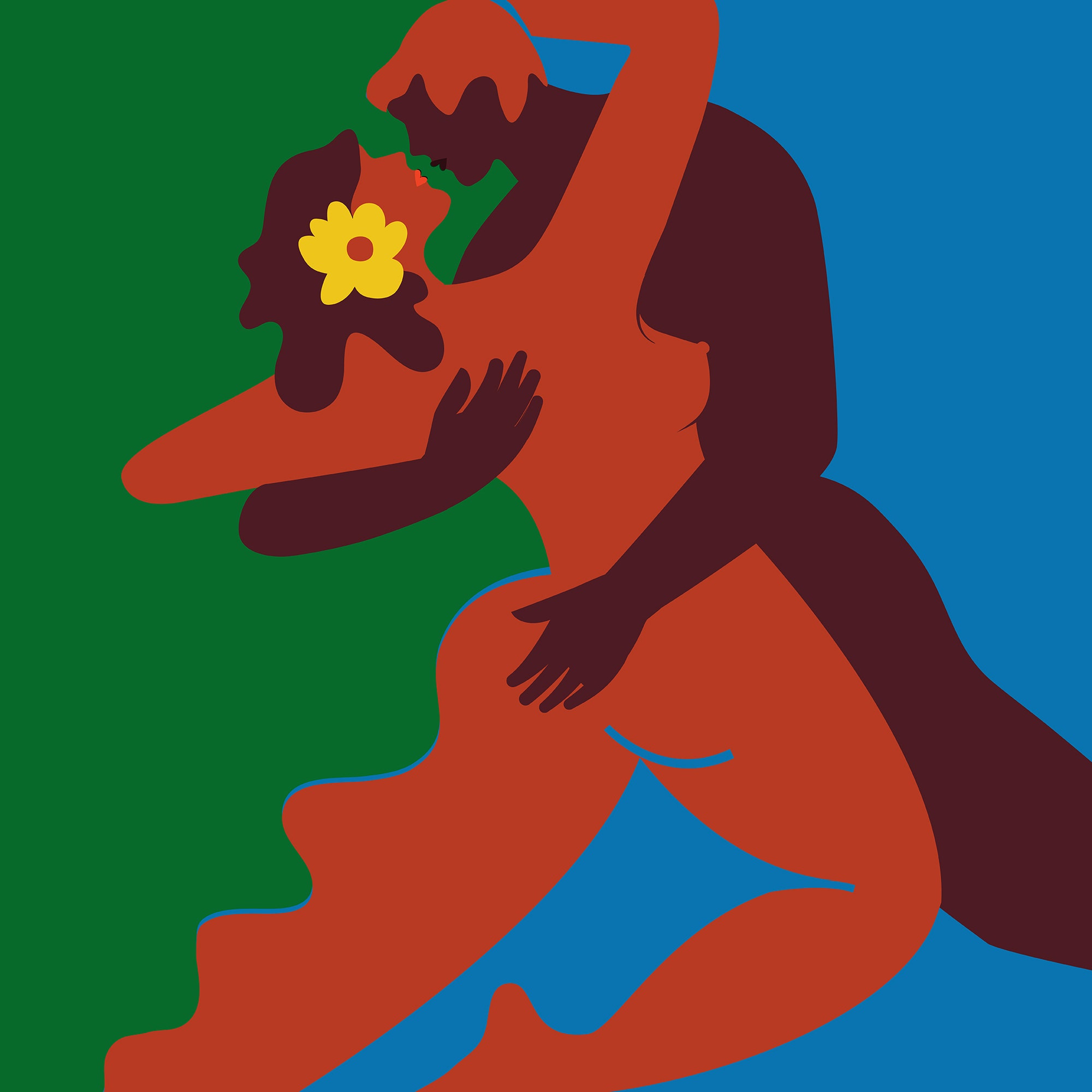 I had my first taste of real romance as a sophomore at Seabreeze High School, where I dated a boy named Sean. Our relationship was seeping with sweetness. Instead of being the typical, hormonally raged teenage couple, we talked a LOT. We kissed often, held hands everywhere, and genuinely were quite innocent. When our relationship ended, it also launched a decade-plus span of not-so-innocent relationships with men who never treated me as well as Sean had.

Much of that time was spent in the pursuit of worthiness; I married a man who I thought was smart and interesting, and I wanted to be his ideal woman. It stung when he told me my legs looked like “tree trunks” and that I would never truly have an athletic body because some people just aren’t made that way — even though, at the time, I was working out consistently, at minimum two to three hours a day, because I was a competitive triathlete. I valued my core strength and six-pack.

My husband’s comments intensified my body-image issues and drove me headlong toward an eating disorder. I would ask my husband to tell me he loved me, and he would question why I needed to hear it so often. The truth was that I needed to hear it because I could feel it slipping away. I began working out incessantly again and making sure for every calorie in, I spent it in exercise. Soon, he found me remarkably attractive and wanted to have sex with me on a regular basis. He complimented my body daily. But one day, we went to marriage counseling, and the therapist asked what it was that he loved about me.

He couldn’t answer at first. Eventually he broke the silence, gazed at me, and just said, “I do love you. I’m just not sure how to answer that question now.” And I was crushed. I realized that love couldn’t be created through my skinny body. Sex could not heal that hole in my heart formed by knowing I wasn’t truly loved as his wife. It was time for both of us to move on.

Seventeen years after high school, Sean and I reconnected, and sparks went crazy. It was such a relief to feel the true connection we had — mind, body, and spirit. My body-image issues resolved. I didn’t feel like I had to exercise off every calorie I consumed, and it was OK if my “not so perfect” legs were not only exposed but shown off in a dress! Best of all, I felt confident in myself and our relationship.

When our first Valentine’s Day back together arrived, he gave me a huge bouquet that was not full of roses; rather, he researched many varieties of flowers and their meanings and thoughtfully put together a bouquet that encapsulated his feelings for me. The flowers were delivered in a big bundle, wrapped in simple brown paper, with a small note that labeled every single flower, why he chose them, and what their meanings were. I felt so grateful that this man loved me so deeply.

We had the most amazing, passionate sex life. I felt powerfully beautiful in his presence.

Then came the biggest test you could throw at a relationship.

On October 8, 2011, while riding my bicycle home from work, I was embracing the cool fall air. Fall is the most romantic time of the year for me, the time of year when you come home from a good workout, take a hot shower, put on soft clothing, and snuggle. That’s what I was looking forward to doing that night with Sean — but it never happened.

Instead, that day, a freight-truck driver ran a stop sign and literally ripped me apart, rolling over my body. My vagina, anus, stomach, hips, and entire left leg were shredded. After being resuscitated, I spent weeks in a coma and following that was left weak, needing extensive wound changes. I had a colostomy bag that made awful sounds and smells, and I felt ugly. My vagina looked like it had a cleft lip, as the entire labia was ripped off and literally stapled back on. My stomach had tire tracks across it. My once-muscular cyclist butt had been ripped from inside out and now sagged like two deflated pancakes. I feared that my husband would never look at me longingly again, let alone feeling OK about how I saw myself. I feared looking in the bathroom mirror. One day, I took a mirror to my vagina, looked at it up close, and wept.

I was no longer the woman I once was. I felt disgusted looking at myself. What was I? Who was I? How could I ever make love again? Would I ever feel sexy? Adored?

This was so much worse than having “tree trunk legs.” It was beyond my imagination to picture someone accepting a body like mine for long; this was never going to heal and look “normal” again. I ached with not only the physical pain but the soul-crushing feeling that I would never again measure up to all the beautiful women in the world with their unblemished bodies.

I found myself bound to a hospital rehab bed for days on end, having horrific and embarrassing wound changes. Sean was right there beside me. He slept on a reclining chair every night with his arm slung over the hospital-bed rails so I could feel his warmth.

There were many bumps in the road, such as when he was giving me wound changes at night before bed and I would lie on my side, sobbing, as he pulled the multiple feet of gauze from my rectum, cleaned it, then stuffed more back in with a long cotton swab. The pain was immense, as the tunnel in my back end continued closing and the nerve endings were reattaching. He was so emotional and would often lash out in anger toward the man who had run me over.

At the time, I wondered if he could ever look at my backside with any sort of sexual attraction again. Prior to the trauma, our time before sleep was in loving, naked embrace under the sheets, often leading to romantic sex. Now, our pre-sleep foreplay was full of drainage pads, tears, medical gloves, blood, body fluids, and misery.

But my husband, who loved me so longingly prior to the trauma and looked at me with the same eyes of love and newness as he had when he was a high-school senior, still looked at me the same way. He still kissed me the same way; he still longed to hold me and touch me.

I have grown to learn that being loved, sexy, adored, and confident in my skin takes work — but not just the kind of work you can do in a gym. Seeing myself through my husband’s eyes made me value myself in new ways. My body might have been imperfect, but it was working so hard to heal. My mind might have been wracked with panic attacks, but it was already planning for a positive future. I was overtaken by gratitude for the way this man taught me not only what it felt like to be loved fiercely but how to love myself again, too.

*The author of* (1), * (2) is a lifelong athlete and motivational speaker. With her indomitable spirit and amazing story of survival, Colleen teaches others how to aim higher, be stronger, and use adversity as a catalyst to make themselves and the world better.*