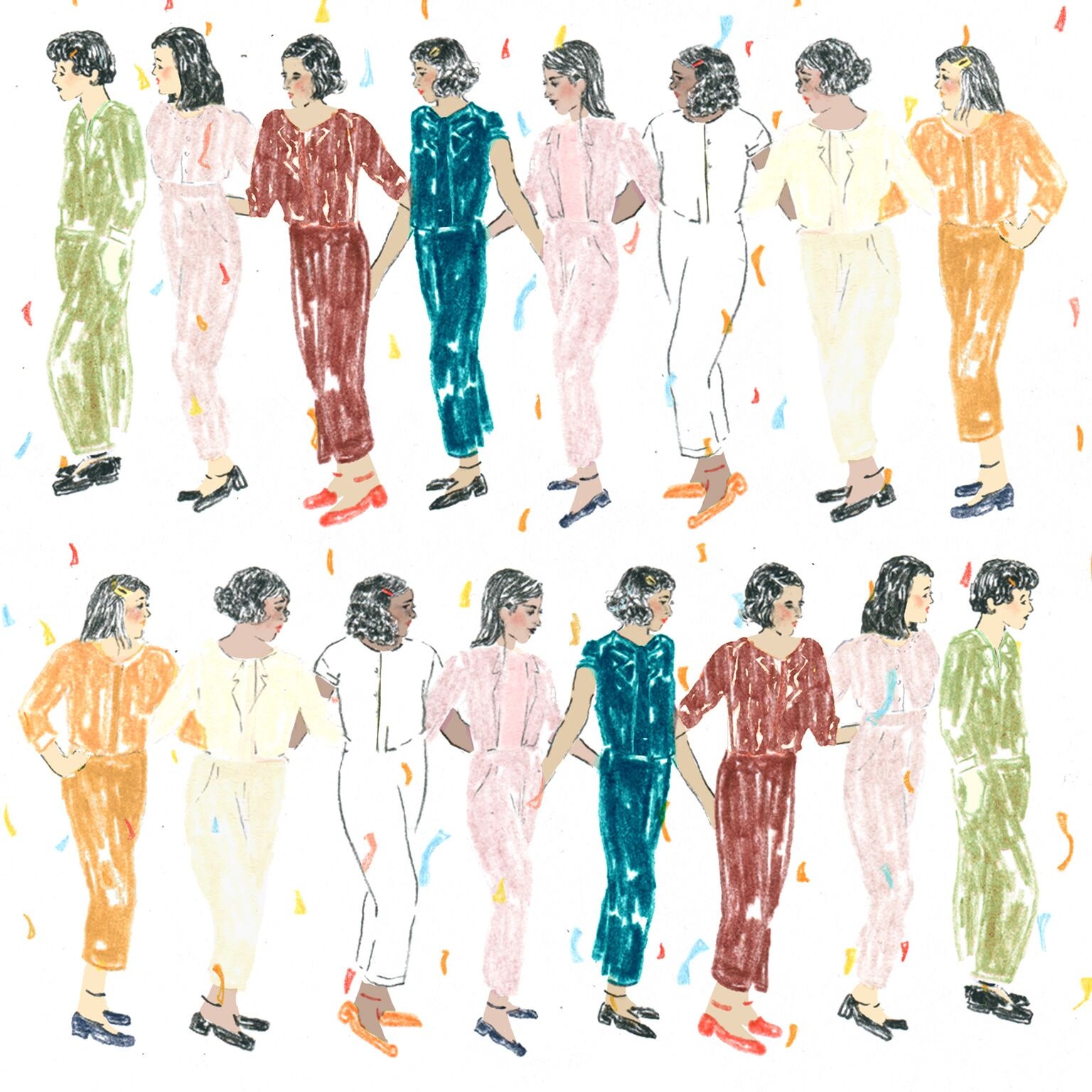 I joined the Pantsuit Nation Facebook group early on, when its simple but brilliant purpose was to get as many women as possible to wear a pantsuit on Election Day in support of Hillary Clinton. In the weeks preceding the election, Pantsuit Nation became more than a modest call for a show of solidarity on a single day — it became a vibrant and uplifting community of millions of women and allies demonstrating their commitment to Hillary. It truly was a “safe space,” something that seems increasingly rare on the Internet. It affirmed the hope, love, kindness, and support we all are capable of when we come together to fight for something we believe in. It elevated the values embodied in Hillary’s campaign and proved that, indeed, we are stronger together.

Almost immediately after joining I bought a pantsuit, in Democrat blue. I proudly wore that blue pantsuit on Election Night, when my mom and I took my four-month-old daughter (dressed in suffragette white) to the Javits Center in New York, hoping to celebrate the election of the first woman president. Since that soul-crushing evening, I’ve returned to Pantsuit Nation often, seeking the same comfort and inspiration as I did before.

But a few days later, as I walked down the street in my affluent San Francisco neighborhood to drop off my dry-cleaning, I reflected on what an obvious privilege it is to even own a pantsuit, let alone to buy a new one for a special occasion. And I had an idea for something that would acknowledge that privilege and honor Hillary, too.

Hillary spent her entire life fighting for children and families and for women’s rights around the world. If there is any message she made front and center during her campaign, it’s that we still have much work to do. In 2016, too many women still struggle to raise their families. They are disproportionately minimum-wage workers who juggle multiple jobs to make ends meet, and they still don’t earn equal pay. The pay gap for women of color isn’t just a gap, (1). Hillary understood that until women can achieve educational opportunities and reach financial independence, they cannot realize their full potential.

As a way of honoring Hillary’s public service — while recognizing the roads we still must travel, as well as the great service Pantsuit Nation has provided me in affirming the goodness, optimism, and generosity in all of us when we unite in common cause — I’m starting a Pantsuit Drive. If you wore a pantsuit on Election Day, or you have a new or gently used pantsuit at home that could be given to someone in need, please make a donation. These pantsuits will be given to organizations across the country that support poor and homeless women with job-interview preparation and employment opportunities.

So many of us continue to strategize about how to move forward in ways that personify Hillary’s selfless public service, personal fortitude, intelligence, and extraordinary resilience. The Pantsuit Drive is only one small act, but in a world that too often questions the true value of women and girls, it is an immediate and relatively easy action that will provide direct assistance to women who need it most. The economic empowerment of all women helps puts all of us on a path to achieving full equality.

During her concession speech, Hillary expressed gratitude for Pantsuit Nation, while acknowledging that it was a “secret” effort. She then said, “I want everybody coming out from behind that, and make sure your voices are heard going forward.”

So let’s do our part, both small and big, to come out and make our voices heard.

_Meena Harris is a proud Democrat. You can usually find her misbehaving at_ (2)_._