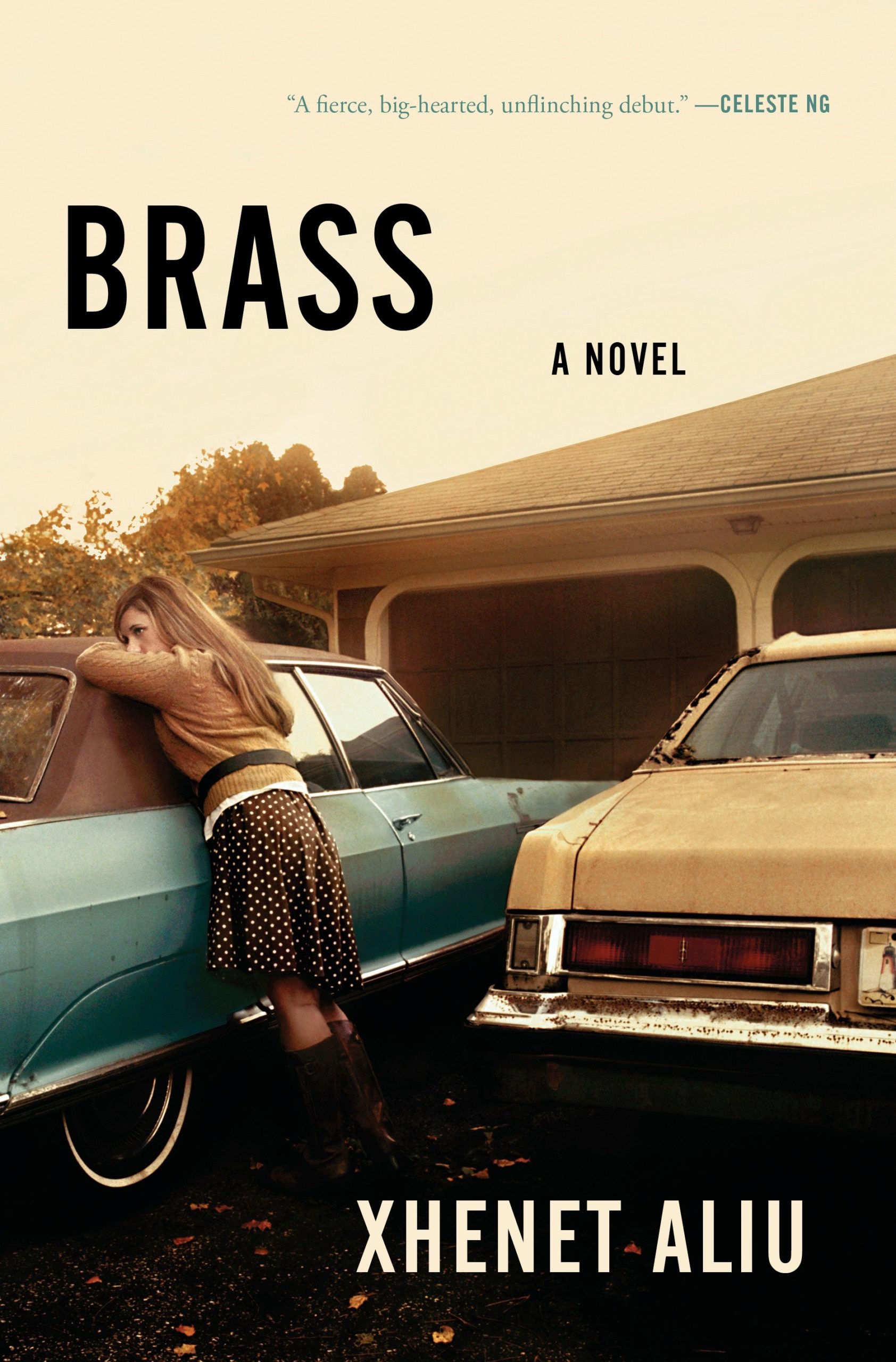 When the last of the brass mills locked up their doors and hauled ass out of town once and for all, it seemed all they left behind were blocks of abandoned factories that poked out from behind high stone gates like caskets floated to the surface after the Great Flood of ‘55.

But that wasn’t true. They also left my father’s hands with nothing to callous them, those poor idle bastards that once upon a time abandoned a Korean Stratocaster knockoff in favor of a Bridgeport milling machine, and just like most love triangles, it turned out he chose wrong. It left my mother slumping over the assembly line at the Peter Paul Mounds & Almond Joy factory down the street in Naugatuck, where she sometimes felt like a nut but more often she felt like a highball. It left my sister Greta, younger than me by two years but with test scores that painted me a remedial toddler by comparison, with a tic that made her pull out her hair until the white bald patches of her scalp shone through like flags of surrender.

And when the last of the brass mills locked up their doors and hauled ass out of town once and for all, it left me with a change jar that hadn’t even gotten me close to the wicked coupe that was going to drive me out of Waterbury so fast I wouldn’t even bother to burn the skidmarks that would mark my goodbye.

What I got instead was a job at the Betsy Ross diner, slinging poutine fries and spanakopita to third-shifters headed to or coming back from their jobs as hospital guards, machinists, small-time drug dealers. And I got Bashkim, an Albanian line cook at a Greek diner named after an American patriot.

*I swear to Allah, you are the most beautiful girl I have ever seen*. That’s what Bashkim said to me after three weeks, when he finally looked up at me in the kitchen window for the first time. It was 1996, the middle of March, a brutal part of the year when spring was supposed to hit but didn’t, when I’d given up on ever being warm again.

My being beautiful was about as likely as me ever wrapping my fingers around the leather steering wheel of a souped-up six, but for the first time since I’d started working there, clocking in seemed worth the sweatbox polyester uniform and jingle-change tips. My mother had warned me when I took the job to watch out for the Albanians who worked at the Ross, because she heard they treated their women like sacks and that their tempers ran hotter than the deep fryers in the kitchen, while the nice Lithuanian boys I should’ve been dating had the decency to ignore their women altogether and drink themselves silently to death in their garages. But I was never one to take advice, and anyway, I figured she was talking about the teenaged Albanians who jumped kids in the movie theater parking lot, or the middle-aged ones who choked me out of the dining room with the Marlboro Red smoke that leaked out of their mouths like cartoon thought bubbles. My mother wasn’t talking about Bashkim. He was way worse than she could ever have known about, or she never would’ve lent me the money to buy the uniform.

Well halleluiah! or whatever the hell Muslims had to say about that. I might’ve had an Our Lady of Sorrows prayer card tucked into my wallet where the dollar bills were supposed to go, but I believed in Allah right then, because Allah believed in me. I’d been holding out hope that I wasn’t really ugly, just a type of pretty that common people didn’t get, and what was I surrounded by if not the common? But Bashkim, no way, he wasn’t common. He’d lived halfway across the world. Albania. Europe. So it was Eastern Europe, with its dictators and Communism and plastic sandals worn with mismatched tube socks. No geography teacher ever taught us that Eastern Europe and Europe are not one place, not one people, not one neighbor lending sugar to the other. Anyway, the way my mother told it, Albanians were basically Arabs with a European mailing address, while we Lithuanians had had the good sense to be conquered by nice righteous Christian crusaders. Still, I was thinking that maybe Bashkim saw something familiar in me, something Old World and refined, despite the thousands of years of peasant stock that had culminated in the second-generation American plainness that was Elsie Kuzavinas.

Those weren’t the first words he said to me, actually. Before that there was: How do they want that burger cooked? Why are you throwing away those creamers that aren’t even used? How old are you?

Almost nineteen, I told him.

Bashkim’s voice started so far back in his throat that every word smacked of laryngitis, almost hurt to listen to. And he wasn’t pretty either, at least not in the bland way that girls like me were supposed to like. His nose and cheeks were as harsh as his voice, all angles and sharp points ready to pierce right through you if you looked him straight on. But his eyes, goddamn. So blue they were almost black, as if the grills in the kitchen had singed a permanent reflection of the butane-blue flame forever licking up under his chin.

“I swear to Allah, you are the most beautiful girl I have ever seen.” He bore right into me with that stare, didn’t look down while he sliced tomatoes into lopsided wedges that oozed green guts onto his apron.

“What reason to shut up? Don’t you want to be a beautiful girl?”

Adem and Fatmir ignored him. The only English they understood were cuss words, and anyway, I’d already figured out that the cooks at the Betsy Ross each had their favorite waitresses, wide-hipped single mothers of one or a couple, girls so desperate they heard compliments in the calls of *fat ass* that followed them out the kitchen doors. Compliments like that earned the cooks blushes, giggly slaps on the wrist, blowjobs in the employee’s bathroom before the ten to two o’clock rush. So I guess Adem and Fatmir figured it was finally Bashkim’s turn, that it was either shyness or the wife the waitresses told me he’d left back in the old country that had stopped him from calling out before. But what he said, it wasn’t *fat ass* and it wasn’t a compliment, not really. It was something more like a threat, at least with those eyes sharpening it into something that jabbed my gut like a switchblade.

He got me on that one, man. Even my mother, Catholic to her core even if she hadn’t said a Hail Mary since getting knocked up with me by a Holy Cross High School dropout, would agree it was something close to sin to be ungrateful.

*Excerpted from* (1) *by Xhenet Aliu. Copyright © 2018 by Xhenet Aliu. Excerpted by permission of Random House. All rights reserved. No part of this excerpt may be reproduced or reprinted without permission in writing from the publisher.*