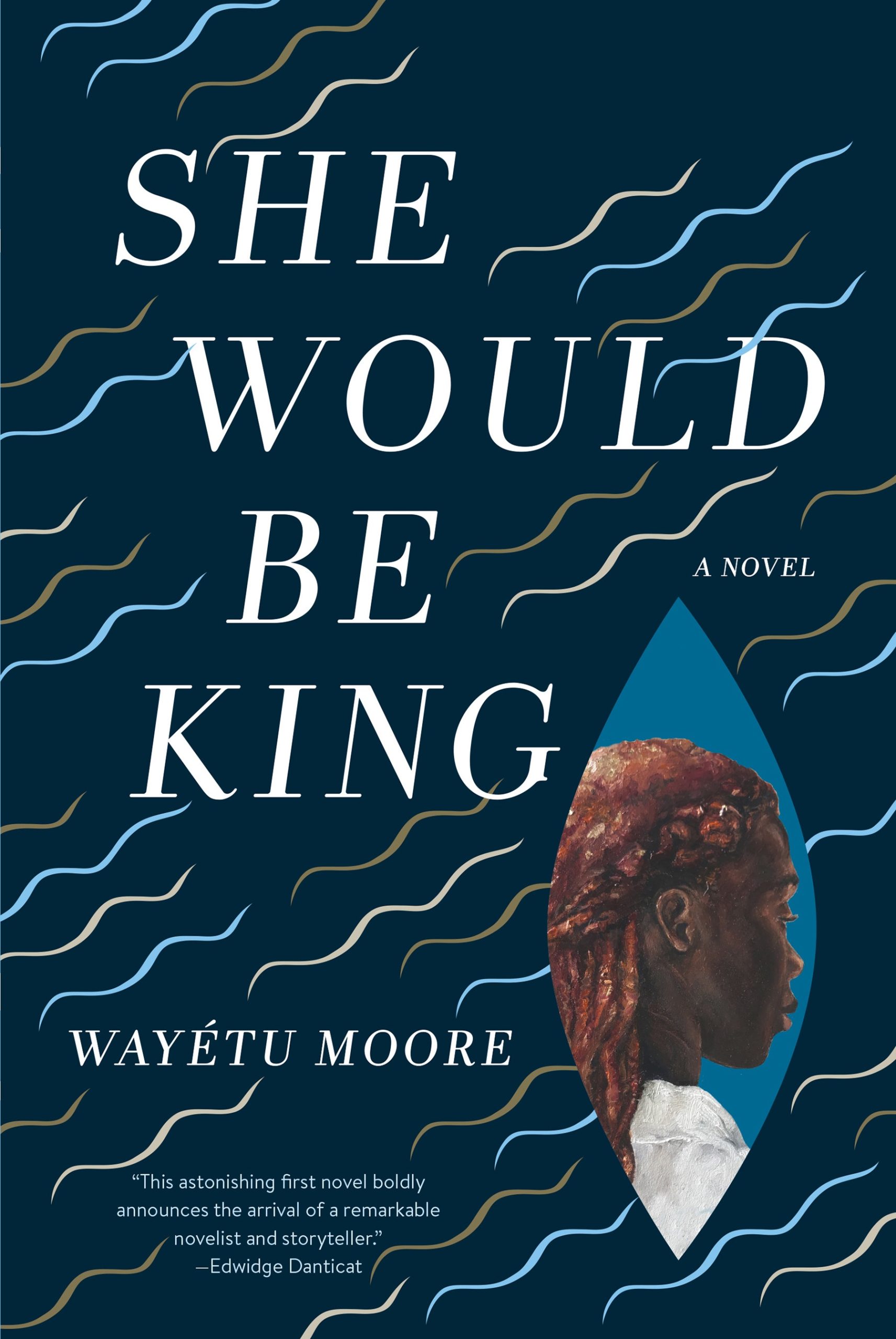 When ships left those shores, I followed them. I heard people inside, though there was nothing I could do. No matter how strong I became, I could not turn the sea back. I saw black bodies jump from the decks and sink like stones into the ocean below. In the bottom of the deep, there is a city of stones where those ancestors linger. There were many ships that crossed, though one of them was different. And I followed that different ship to the Americas.

First, the large steamer arrived in Key West, Florida, battered by the long journey from an African coast, farther south than Monrovia. Inside, some hundreds of shaking black and naked bodies huddled together to keep themselves warm and guarded from whips.

“Take care, my darlings,” I hummed. Although there was no sleeping there. No peace in the bellies of those vessels. The ship anchored in Key West in 1845, long after 1808, when slave trading had been outlawed in America. Shortly following the capture of the guilty slavers, the men in Washington held a summit to decide what would happen to the ship and the rescued Africans.

“Send the matter to Polk!” was the resolve. “To Polk!”

Polk, the new president, had many concerns of greater importance than this problem of Africans captured after slavery was outlawed. Annexing Texas, for instance, expanding the United States, taxes, Britain’s hold on Oregon, and a barren wife. Southerners would always worry about the rights of their property, the sustenance of their wealth and their wives and daughters amid a more and more attractive and intimidating Negro male lot. Northerners also would worry that the free Negroes would distract from the natural progress of their cities and would remain suspicious that the rumors of barbarism and insanity among Negroes would prove true and one day endanger them, or, worse, would prove false, and the reformed Negroes would one day hold them accountable for past ills. Runaways. Property ownership. Slave education. Slave marriage. Fugitive slaves. Now Africa was added to the list.

Polk would have to justify his decision at every turn, especially a decision that included money from Congress and taxpayers for Negroes. He wanted little to do with the American Colonization Society and what he considered the self-righteous, vitriolic Quakers behind it. In fact, Polk believed they most certainly hated Negroes the most. To spend the money and time required to send them back would be as maniacally racist as the man who brands his slaves as cattle, as the patrol who hunts for the thrill of seeing black flesh burn, the bigot, the motherfucker.

If the ACS wanted them to have the land, then they would pay for it. No more government funding.

“Send them back,” he finally agreed. “Settle them in Monrovia. And if other ships are found or captured, send them there also. Send them all back.” The response was great: objections from the black free Negro population that refused to leave the United States, a disgruntled South that argued that Polk had indirectly criticized the ownership of slaves, a suspicious North that believed that Polk was acting in the best interest of the South and Southerners. Send them back.

The ship set sail for Africa on a clear blue morning. Inside, some four hundred Africans headed back across the Atlantic after their freedom was granted and the American Colonization Society petitioned their return to the free colony. A grant paid for full meals and water, and the ACS made sure that they were provided with clothing and livable accommodations. The ship lost nearly one hundred Africans from illness before landing in Grand Bassa, eighty miles or so south of Monrovia. There the Africans were unloaded from the ship onto a beach of mingled dust and sand. The ACS decided that the Africans would be divided among the settlers to be civilized and Christianized, to work on farms and add to the overall economy and diversity of the free colony.

As the Africans crowded the dock and shore, they were organized in lines with their backs to the ocean under the close guidance of the sailors. While they sat on the shore, two men—explorers, it seemed—headed toward the dock. In the way they were dressed, they appeared to be sailors, but the obvious roughness of their hands proved that they worked the land and may have been farmers of the colony. From a distance one of the men carried what looked like a black sack over his shoulders. When they reached the shore they laid the black sack on the ground. The port workers approached them, and stepped back suddenly upon the realization that in the black sack was the body of a woman. It was Gbessa. Her hair hung so long down her body that it covered both her nipples and privates, as the loose and tattered sheets around her could no longer do. Africans on the shore called out to her upon seeing her, leaning over one another’s shoulders in curiosity.

“What is this?” a porter asked.

“Hello. I’m Timothy. This is my brother Elliot,” one of the men said nervously, pointing to the other. The worker nodded.

“What do you have here?” he asked again.

“We’re missionaries some counties north of here in the Grebo territory with the Bajan settlers.”

“The ACS has been monitoring the coast for illegal slavers and they found her chained up, bloody and unconscious on an abandoned boat.”

“They recovered her and asked that we bring her to the dock. Said you would know what to do with her,” Timothy said.

“She still alive?” the porter asked and nudged the woman’s leg with his shoe.

“They said you would know what to do here. Can you take her?” Timothy asked.

“Sure. We’ll take her,” said the porter finally. “The governors are coming later today to divide these.” He pointed toward the Africans. “The mayors will be here too.”

He looked down at the black woman; her nipples were exposed now. Blood ran to his young face.

“This damned place,” he murmured to himself and looked out onto the ocean.

The porter stepped away from her.

“She said something,” the porter said.

“You should expect it,” replied Timothy. “But she won’t wake up. Even if you shake her.”

*Wayétu Moore is the author of* (1). *She is the founder of One Moore Book and is a graduate of Howard University, Columbia University, and the University of Southern California. She teaches at the City University of New York’s John Jay College and lives in Brooklyn.*