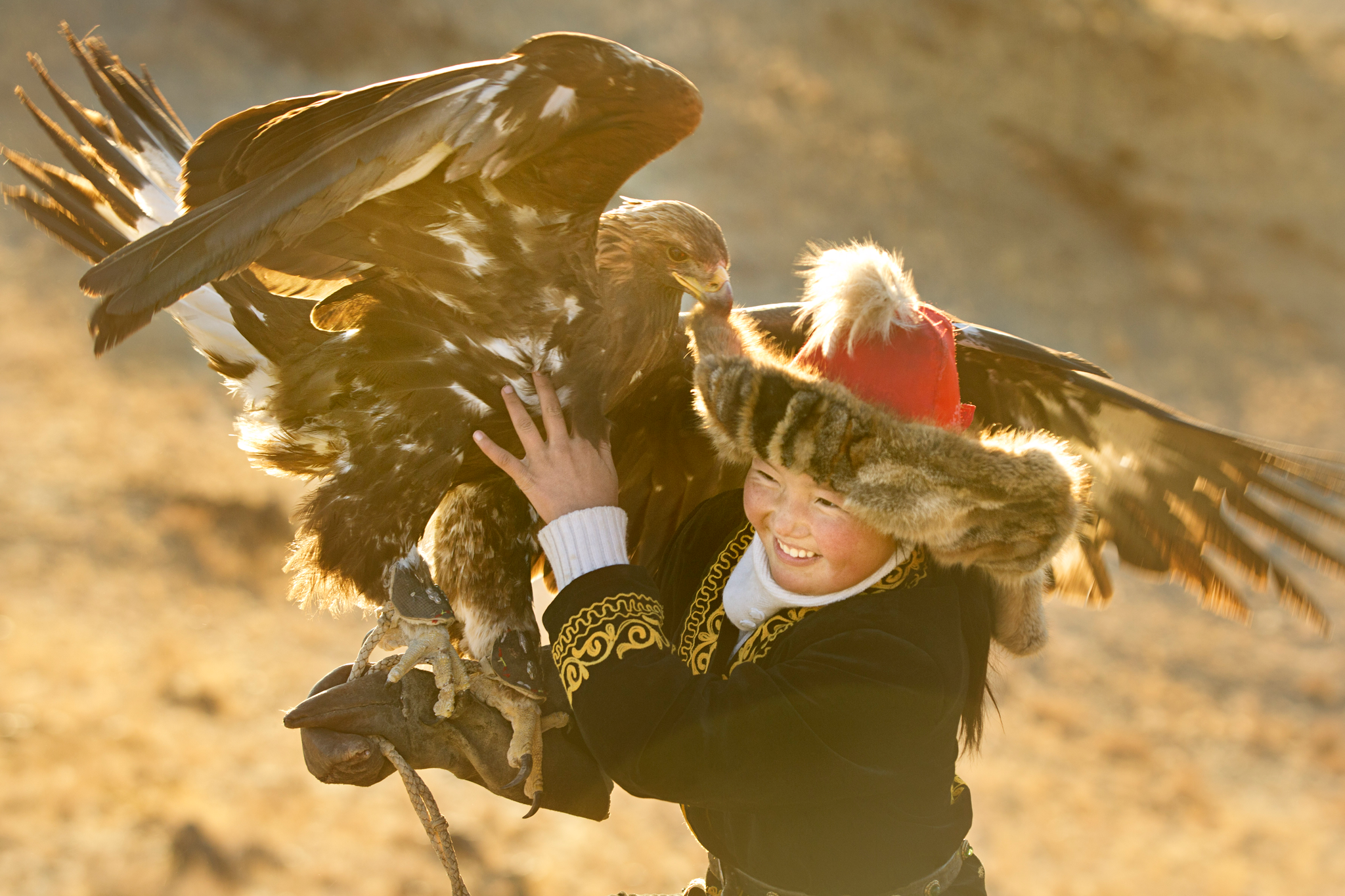 _In the frigid steppe, generations of Mongolia’s Kazakh minority have been training eagles to help them hunt. These eagle hunters have always been men, until now: Thirteen-year-old Aisholpan is changing all that. Aisholpan’s father believes she can do anything her brothers can do, even though there’s been pushback from the older generation of hunters about her groundbreaking skill._

_The documentary_ (1) _follows Aisholpan as she captures and trains an eagle and travels to the Golden Eagle Festival to compete against exclusively male hunters. The film is narrated by the actress Daisy Ridley, of_ Star Wars _fame, who spoke to Aisholpan for Lenny about why she wanted to be an eagle hunter, what it was like to be the first girl at the festival, and her dreams for the future._

**Daisy Ridley:** Why did you want to be an eagle hunter?

**Aisholpan:** From a very small age, I wanted to do this. Because I was helping my father when he was training his eagle, and I loved to go with him in the mountains when he was hunting eagles.

**DR:** Did anyone else at the school that you went to while the film was being shot want to be an eagle hunter?

**A:** After I became an eagle hunter, everyone thought it was really cool, and they asked me if they could be eagle hunters too. They want to know how they can keep eagles at home, what they eat.

**DR:** How was it when you first caught the eagle? How did it feel?

**A:** I was sure I could get the eagle on the first time because my father was an expert and we were watching it so closely. We knew the exact time we could catch it.

**DR:** Is your eagle a female? Because I’ve heard that female eagles are easier to catch than males — is that true?

**A:** Usually females are bigger and more aggressive and stronger, so that’s why we only hunt female eagles.

**DR:** Who looks after your eagle when you’re not there?

**A:** My older brother. He was also an eagle hunter — he trained his own eagle, but he stopped doing it after he joined the army.

**DR:** I know you want to be a doctor. Was that always your dream?

**A:** Always. I decided to become a doctor because when I was smaller, my mother was always getting sick.

**DR:** What was it like to be the only girl at the Golden Eagle Festival?

**A:** Because traditionally everyone who is doing this activity is a boy, it’s very funny for them. But because there’s been such a big deal out of the fact that I’m a girl, it’s become normalized a little, which is interesting to hear.

**DR:** How did the whole family feel about being filmed?

**A:** The first time it was a little bit uncomfortable for them, but then we just learned how to ignore the cameras. We are from a very small group of people in the western part of Mongolia. We live around big, high mountains where eagle hunting is a tradition, and we’re so happy to be able to bring our lives to the world.

_Daisy Ridley is an English actress who starred as Rey in_ Star Wars: The Force Awakens _and served as an executive producer and narrator on the documentary_ The Eagle Huntress _._