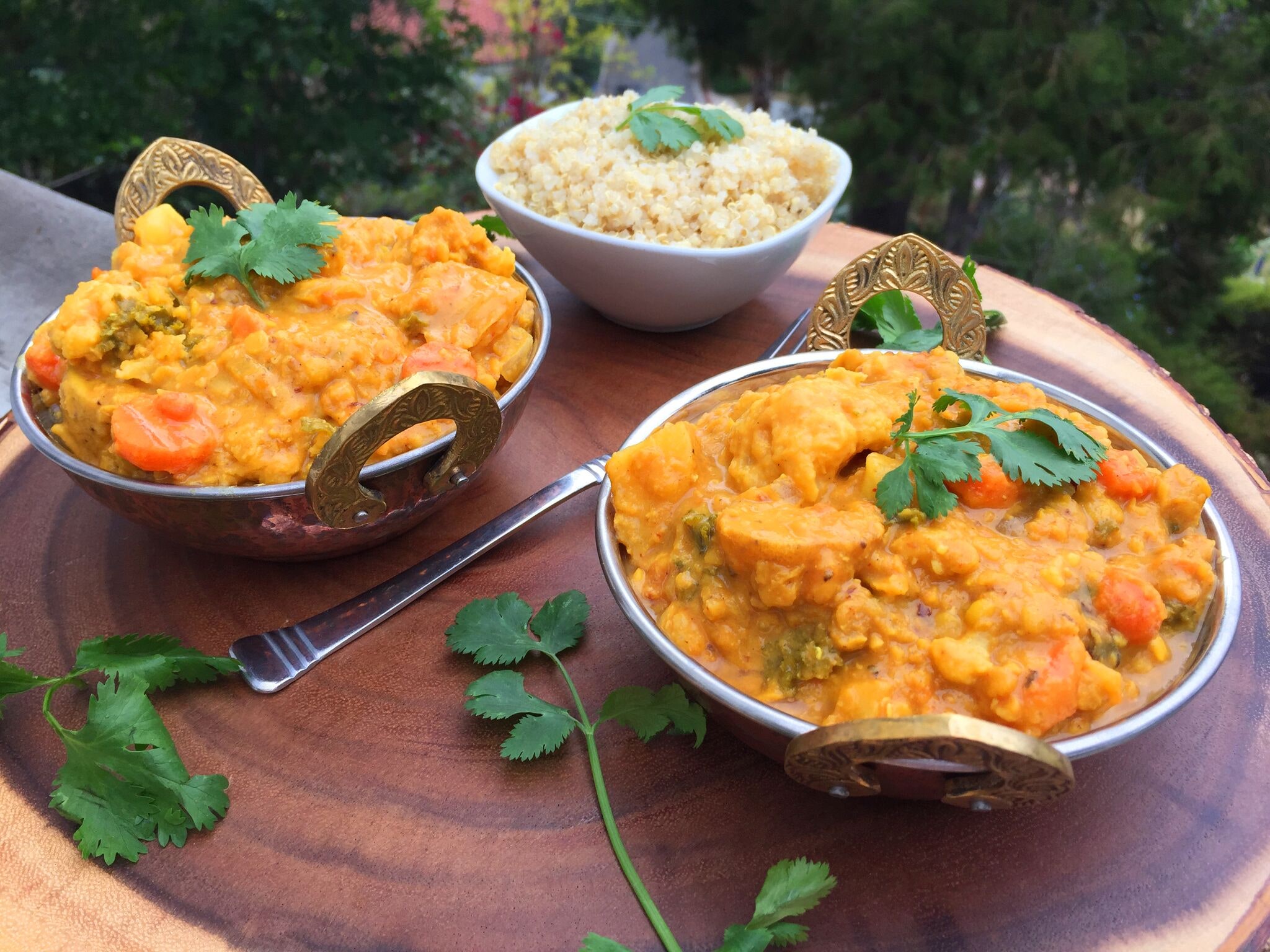 I am Christine Elise McCarthy — known mostly as Christine Elise — the actress who played Emily Valentine on *90210* and also the actress who killed Chucky in *Child’s Play 2*. What many people do not know is that I am a novelist, a photographer, and an avid cook. I started a food blog about four years ago. It allowed me to combine all my passions in one: writing, photography, and eating (mostly eating!). I was a pescatarian for about 25 years or so, until I gave up seafood three years ago. I gave it up partly because I just felt it was time, and partly in reaction to the Fukushima nuclear disaster and the effects that has had on the ocean. Although my diet skews increasingly more and more vegan, the truth is that I am not yet fully vegan because … CHEESE! Cheese is my drug. I hope to become vegan eventually, but my weakness for cheese keeps tripping me up.

This recipe is a favorite mainly because it is made in a slow cooker. I LOVE SLOW COOKERS! Is there anything more lovely than walking in the door after work and being greeted by the aroma of a warm dinner waiting for you? This recipe is one of many that I have created based on ingredients I already had lying around. I love to challenge myself to make delicious meals without having to run to the store for anything. I get a real sense of satisfaction when I am able to salvage produce that is close to the end of its shelf life, and I love using economical ingredients like dried beans or lentils.

I adore this recipe because it’s healthy and vegan, but mostly I love it because it is very customizable and it makes a boatload (try freezing the leftovers!). For example, you could add chicken or seafood (but it doesn’t really need it), and you can add, lose, or substitute the vegetables for ones you prefer. I used frozen carrots this time because they were inexplicably in my freezer despite the fact I never buy frozen carrots, and yet … there they were. I served it with quinoa, but any grain will do, and of course, if you like some spice in your curry, you can add diced jalapeños or a few squirts of sriracha.

1 tablespoon cayenne pepper (or to taste)

Put everything except the rice and cilantro into a slow cooker, and cook on high for 4 hours or on low for eight hours. Serve with the cooked rice or quinoa, and garnish with the chopped cilantro.