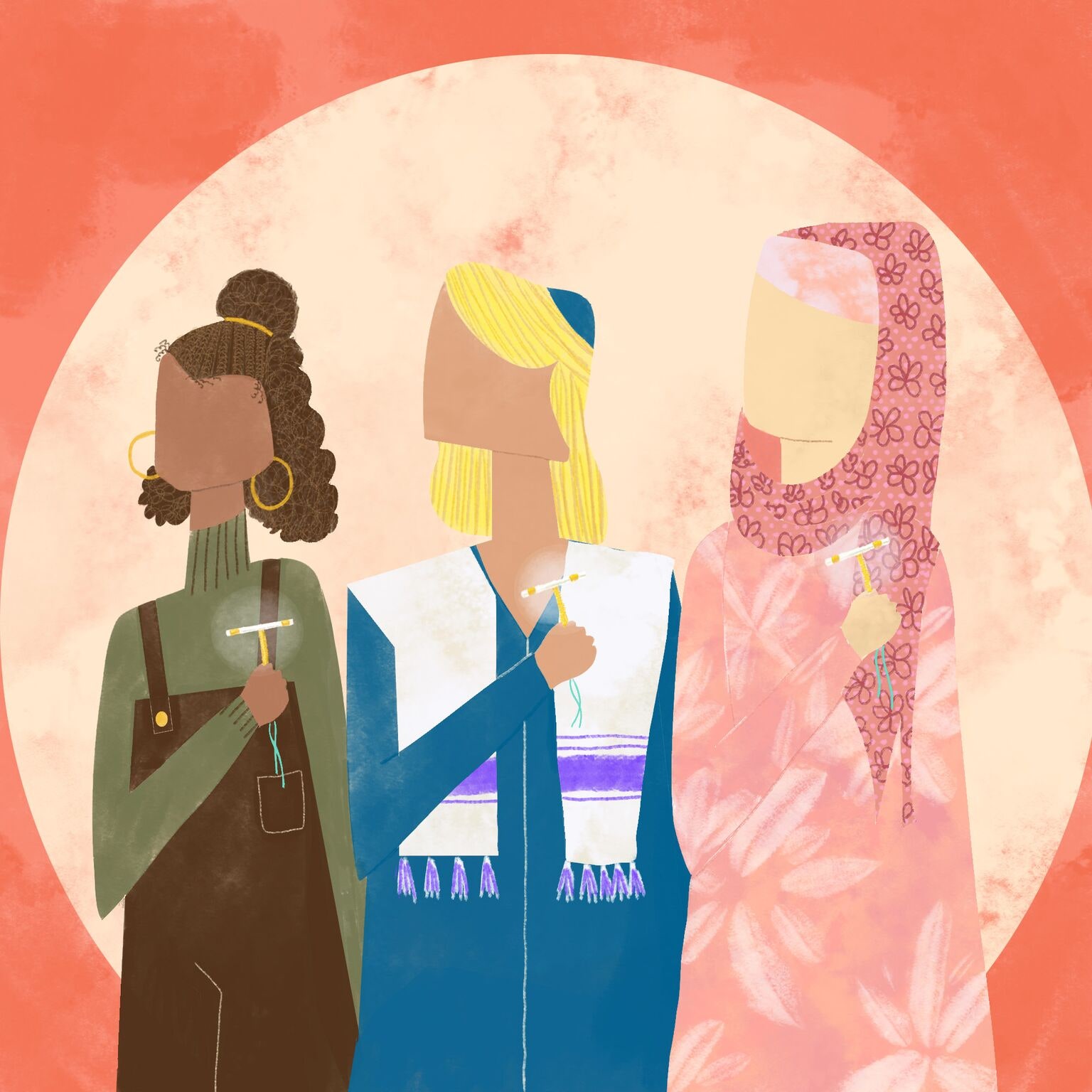 When I was sixteen years old and a babysitter mostly in it for the snacks, I didn’t understand how important Nancy Northup was or would be to my future. I knew she seemed tough and high-powered. I knew her children were adorable and didn’t give me too much trouble. And I knew I liked eating her crackers and cheese.

I didn’t, however, know that as the head of the Center for Reproductive Rights, Nancy would someday be at the forefront of a fight I wanted desperately to support: the fight to keep abortion safe and legal for women everywhere. While the Center may not have the immediate name recognition of Planned Parenthood, it’s just as essential, pushing back against the laws that act as barriers between women and their rights.

So we at Lenny wanted to organize a sale of some sweet, stylin’ merch to remind you, every damned day, what you’re fighting for. (3). Maybe you’re just in it for the sassy Grace Miceli designs, or maybe you’re as impressed with Nancy and her daughter Natalie and their passion for women’s rights as I am, but either way we hope you’ll indulge in a hat, pin, tee, or all three. All profits from the sale will benefit the Center.

**Lena Dunham:** What does (1) do? I feel like everyone’s heard of it, but they don’t understand the very unique things that you do that are separate from what Planned Parenthood and the ACLU do.

**LD:** Natalie, what was your awareness growing up of the challenges that were facing women in their reproductive health?

**Natalie Northup Bergner:** Growing up, I was pretty aware of what was going on in our country for women. I remember my mom enthusiastically teaching us about reproductive health care and sex education in the house. I think it just made me more aware of the challenges that women face in our world.

**LD:** Now that you’re doing rabbinical work, do you feel like there’s a place in that field of study for thinking about women’s health care and rights?

> I really hope that when my grandchildren grow up, that we’re not still fighting about this issue.

**LD:** Nancy, how does having a daughter inform the way you do your work?

**NN:** My mother was very pro–reproductive rights. So, having a daughter, it’s very important to me that the next generation of women have the same rights protected that we do and that we work on getting past the fact that it’s been 44 years since the *Roe v. Wade* decision and it’s been 57 years since the Pill went on the market, but we’re still fighting about women’s abilities to control their bodies, and their lives, and their sexuality.

**LD:** I’ve heard that there’s been a massive uptick of women who are asking for IUDs because they’re going, “I need birth control that’s going to last me the next four years or eight years. I don’t know what this period of time is going to look like.” Nancy, you were saying you both had your own IUD stories and relationships to this particular device. Can you tell me about that?

**NN:** My mother actually was an early adopter. She got an IUD pretty soon after they went on the market in the early 1960s. Planned Parenthood was making a presentation at the Unitarian church in Rochester about this new device, and my mother went home and said, “I am calling Planned Parenthood and getting an IUD.” It was around 1962, when less than 1 percent of women were using IUDs.

After my son was born in 1994, I got an IUD, and only 1 percent of women were using IUDs in 1994. So even though it was 30 years after when my mom got her IUD, they still had a pretty low prevalence rate in the United States.

**NNB:** Growing up, my mom talked about the IUD an odd amount. I was so defensive of the IUD. I always had friends who talked about it in this horrible way, about how it was dangerous, or weird, or only women in Europe used it, and I would tell them all the facts about how great IUDs are.

I got one three years ago now and had an amazing experience getting it. I went to a great clinic in Colorado and had two of my best friends go with me. I remember it being this bonding moment.

**LD:** You both have a relationship with religion: Natalie, you’ve been studying to become a rabbi, and Nancy, you’re an active Unitarian Universalist. As two women who are both deeply involved in religion and deeply involved with this fight for justice, how would you talk to people who are using religion as their sticking point for not allowing women access to the kind of care that they need?

**NN:** When people object to either access to safe abortion or access to the use of contraceptives like IUDs, often those are religiously based . There’s not a religious perspective and a nonreligious perspective; there’s a variety of religious beliefs around not just the use of contraception, but also about women’s sexuality, about women’s role in the world. To not understand that folks are advocating for their particular religious beliefs in public policy, I think is wrong.

I make it clear when I am talking to other people of faith who have different religious beliefs, that my religious beliefs deserve the same respect as . I come from a religious-based tradition that supports the equality of women and supports their decisions about reproductive health care. I think the media has portrayed this as a secular-versus-religious debate, and it’s not. There are people of good faith on all sides of this issue.