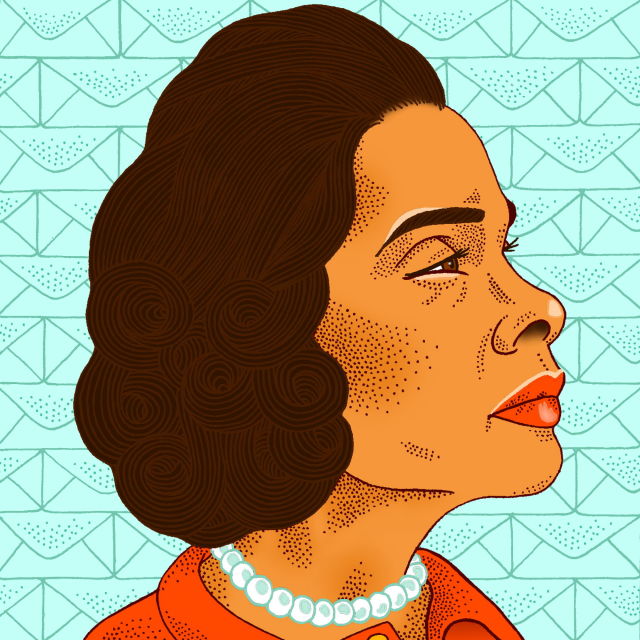 *In this new column, Alexis Coe, Lenny’s historian at large, will conduct Q&As with specialists in archives across the country, focusing on one primary source.*

*For the inaugural post, Alexis spoke with Wayne Dowdy, manager of the history department in the Benjamin L. Hooks Central Library in Memphis, Tennessee, about a letter the Memphis Fire Department chief sent Coretta Scott King following the assassination of her husband, Martin Luther King Jr. The letter illuminates an overlooked moment in history, when Mrs. King, with the press documenting her every move, demonstrated that the civil-rights movement was bigger than any one person.*

**Alexis Coe:** Wayne, we met a few years ago in your archive, where I was researching what would become my first book, Alice+Freda Forever. I was focused on the 1890s, but you got my sensibilities early on and would often tempt me with other archival treasures, including this letter, which I’ve thought about a lot over the last few years. Let’s parse the last paragraph. What “ticket” is Edward A. Hamilton, the Memphis Fire Department Chief, referring to?

**Wayne Dowdy:** It was a pleasure working with you, and I appreciate you letting me share with you our collection. Hamilton is referring to a document generated when a citizen was transported to the hospital by a city ambulance. In this case, when Dr. King was shot, he was transported by ambulance to St. Joseph’s Hospital, where he was treated for his wounds and unfortunately died from them.

**AC:** When she got a bill, standard policy or not, it must’ve been a bitter insult, but to the City of Memphis, it had the potential to be a national embarrassment at a time when they already looked pretty terrible. Is Hamilton asking her to keep the mistake quiet in the last sentence?

**WD:** I think that’s quite possible. Memphis citizens and their leaders were shaken by the condemnations leveled at them and did not want to contribute to that environment. On the one hand, Hamilton’s letter seems effusive and heartfelt, but it no doubt was also designed to quell any additional criticism over the billing error. Hamilton’s words were certainly more kindly than those of Mayor Henry Loeb, who stated, “We wish the incident had happened elsewhere — if it had to happen.”

**AC:** Mayor Henry Loeb is at the top of my list of worst Memphians, and that quote always turns my stomach. He seems to be saying that Memphis was the real victim in the assassination of MLK, a sentiment I’ve definitely heard in Memphis. Loeb goes on to imply that the assassination was probably inevitable. Now, the mayor was a racist who had described court-ordered integration as “anarchy,” and Tennessee was, until the end of the Civil War, a slave state. Did most white Memphians feel as though they were victims of the assassination, too?

**WD:** That unfortunately was a very common view. For the rest of the 20th century, Dr. King’s murder would be blamed for every civic failure. At the same time, an inferiority complex seeped into the city’s bones and is only now dissipating. It’s taken a long time for us to come to grips with the fact that Memphis created the conditions leading to Dr. King’s murder on that specific day.

**AC:** Let’s back up and explain why Martin Luther King Jr. was in Memphis in the first place. On February 1, 1968, a rainstorm pounded the city and set off two very different incidents. The weather triggered a trash truck’s compactor mechanism, crushing Echol Cole and Robert Walker, two black sanitation workers. At the same time, 22 black sewer workers were sent home without pay, while their white counterparts were compensated. The city had a long history of discrimination against black workers — they had little job security, struggled with safety, and didn’t receive equal pay and benefits — and opposed their union. Mayor Loeb was, as you said, intransigent on every issue, so sanitation workers went on strike, and King was asked to come to Memphis and lend his support. What happened then? Did Loeb meet with him?

**WD:** As you say, Dr. King came to lend his support to the sanitation strikers, not to negotiate on their behalf, so he and Mayor Loeb never met. The plan was for Dr. King to give a speech and then move on with the planning of the Poor People’s Campaign (which was carried out in the wake of his assassination). However, he was so impressed with the spirit of the Memphis movement he committed to leading a march, because he realized Memphis was the Poor People’s Campaign in microcosm.

**AC:** Do we know if Coretta Scott King responded to this letter? I assume the copy you have in the archives is from the city’s collection?

**WD:** The letter is located in the papers of Fire and Police Director Frank Holloman. The document was carbon copied to Holloman, but if there was a reply from Mrs. King, it was not forwarded to the director. My sense is that if Mrs. King ever saw the bill and Hamilton’s letter, she simply ignored the whole situation.

**AC:** This letter is dated April 10, 1968, six days after Martin Luther King was assassinated by James Earl Ray in Memphis. Coretta Scott King wasn’t with her husband when he was shot. When did she come to Memphis to claim his body, and how soon after did she leave?

**AC:** Coretta Scott King returned to the city where her husband had been assassinated three days after claiming his body. This was truly extraordinary. On a national level, she’s demonstrating that the civil-rights movement would not be deterred by the death of its leader. If she could, in the most nascent days of her widowhood, with small children at home mourning the loss of their father, show up to fight, so should everyone else. And on a local level, she’s telling Memphis, and Mayor Loeb, this needs to end. Now. How closely was the country watching her and, by extension, Loeb?

**WD:** The courage, dignity, and poise shown by Mrs. King impressed many Americans and certainly influenced the many white Memphians who pressured Loeb to settle the strike. In addition, Mrs. King’s two visits must have influenced the conduct of the majority of Memphians who, unlike those in other urban centers, stayed true to Dr. King’s philosophy of nonviolence.

**AC:** What was the April 8 march led by Coretta Scott King like? How did Loeb and the city react to it?

**WD:** Nineteen thousand people marched silently with Mrs. King down Main Street to City Hall. Mayor Loeb watched it from his office window but did not attend. However, the police and National Guard were fully mobilized, and Director Holloman and Police Chief Henry Lux were at the front of the procession to protect Mrs. King and maintain a careful lookout. In the crowd were Bill Cosby, Robert Culp, Bayard Rustin, James Brown, Sidney Poitier, and Ossie Davis, as well as labor and religious leaders from around the country. Not a single disturbance marred the somber occasion.

**AC:** Did Coretta Scott King get involved in the negotiations with Loeb? Was she still receiving support from the likes of Kennedy and others in Washington? How long did she end up staying in Memphis?

**WD:** Mrs. King was not involved in the strike negotiations. After Dr. King’s death, President Johnson sent a federal labor mediator to assist in ending the strike. Kennedy attended Dr. King’s funeral in Atlanta, but he did not come to Memphis. Mrs. King received a great deal of support from Harry Belafonte, who came with her to Memphis for the memorial march. She left Memphis on the afternoon of the eighth because her husband’s funeral was scheduled for the following day in Atlanta.

**AC:** Did Coretta Scott King ever return to Memphis after the strike? What’s her legacy there?

**WD:** During the April 8 memorial demonstration, Mrs. King urged marchers “to see that his spirit never dies,” and she returned to Memphis many times to fulfill that goal. In 1977, Mrs. King supported a union’s effort to organize workers at the Memphis Furniture Company, and the following year she returned to speak on behalf of a jobs bill then stalled in Congress. She campaigned for President Jimmy Carter’s reelection in 1980, and during a 1982 visit on behalf of a local education project, she declared that “Martin would be as proud as I am to see the Memphis school system as it is progressing … and to see Memphis as it is progressing today.” It is not an exaggeration to say that Mrs. King’s legacy of preserving her husband’s teachings while promoting economic justice and education had a significant effect on the development of Memphis.