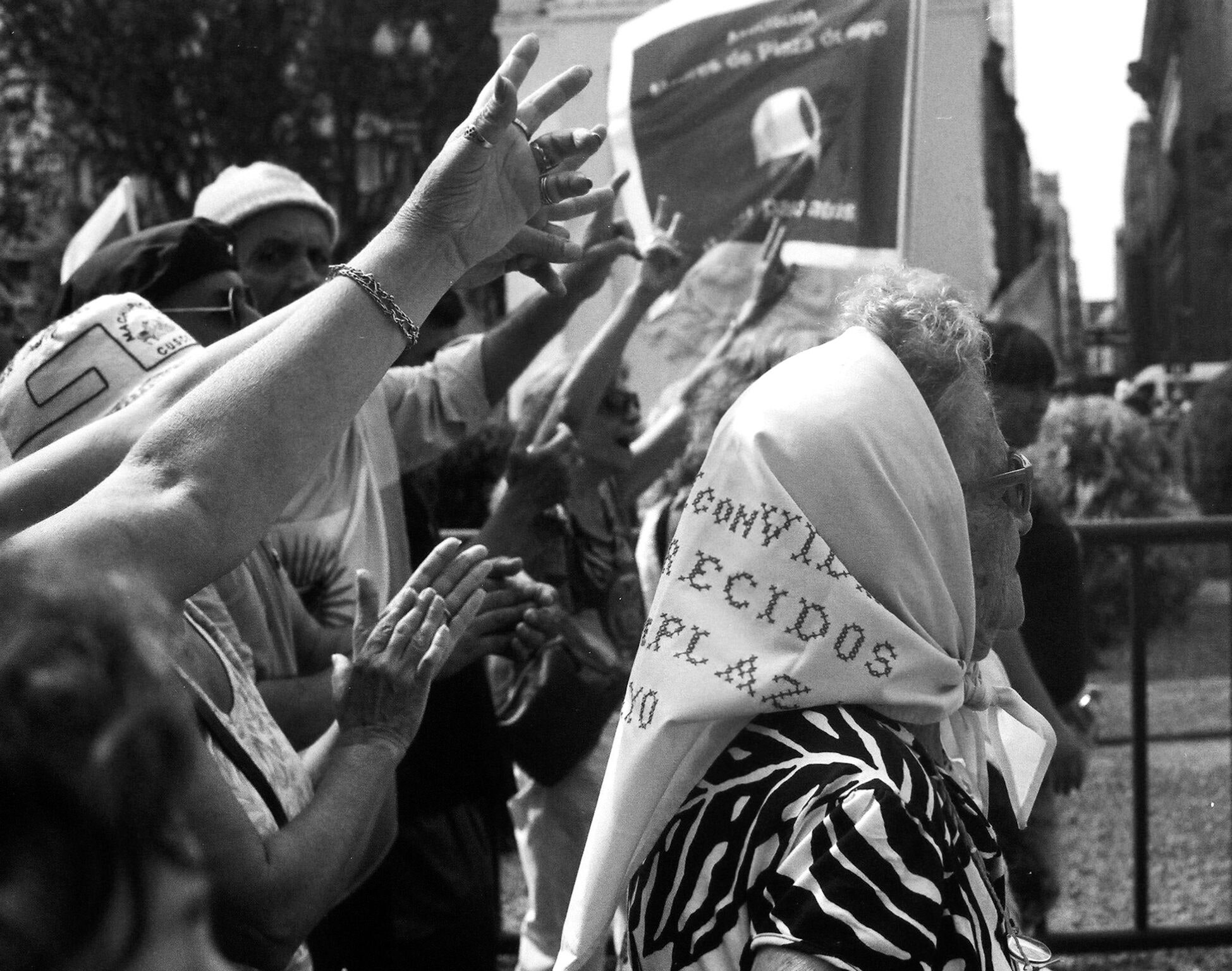 March 24, 2016, was the 40th anniversary of the coup that ushered in a seven-year-long military dictatorship in Argentina. The official beginning of this period of state terrorism was 1976, when President Isabel Perón was ousted following a long period of uncertainty and unrest in the country, and it ended in 1983, when the military government stepped aside following defeat in the Falklands War. Several thousand young people lost their lives during the period: activists, protesters, and even those who socialized with them or witnessed abductions. Recently, (4) that could reveal that the United States had a role in the brutal regime. Two weeks ago he was in Argentina, (1),a former concentration camp in Buenos Aires.

This dark period of Argentina’s history is known by many as the “Dirty War,” but this euphemism was actually coined by the regime itself, implying an unpleasant but necessary conflict: the term “war” legitimizes it as a fight between two sides, which this was not. “Dirty War” is a title shunned by most Argentineans today. They define the brutality and silencing of the regime as systemic genocide.

In fact, the Argentinean military government, leading a dictatorship in collaboration with other South American states, faced no real threat from the small guerilla groups such as the Montoneros that had sprung up to combat the totalitarianism. The government retaliated with extreme force regardless. As records were suppressed and most bodies were never found, the exact number of deaths during the period is uncertain, but it is (2).

|||The Madres at the Plaza de Mayo

​The activists and protesters inside the detention camps were subject to physical, psychological, and sexual torture. Detainees were hooded and dehumanized, packed in tightly and unable to communicate, and often had to do forced labor, such as writing propaganda in favor of the very regime that had abducted them. Pregnant women had to give birth in captivity, and afterward their babies were taken away from them and given up for adoption to military families. Many of the detainees were eventually “transferred” — meaning they were loaded onto planes, drugged, and thrown out into the sea below, alive.

A group of women began to protest against the regime. They were all mothers who had met one another outside government buildings, police stations, and prisons, where they had been going to find out the whereabouts of their missing children. They rallied together and began to congregate in Buenos Aires’s Plaza de Mayo every Thursday, in front of the government building. Even though meetings of more than three people were forbidden, they began to walk, arm in arm, around the square, conducting weekly marches. In 1979, when the government repression had reached such heights that the plaza was often occupied by police and the women were meeting in churches instead, they decided to form an official association. They called themselves “Madres de Plaza de Mayo,” so that even if they couldn’t be in the square in person, it would be known that the plaza was theirs.

When Argentina hosted the World Cup in 1978, international journalists flocked to the Madres when they joined the festivities to protest, and the women started to gather attention abroad, with support groups appearing in France and Holland. They put together a bulletin to run in *La Nación*, a major national newspaper, announcing themselves, their cause, and their demand for answers. This was a major moment for the group. On the day that their bulletin was published, Azucena Villaflor, their founder, was arrested outside her home. A week later, her body washed ashore a few hundred kilometers south of Buenos Aires. The mothers, though terrified, continued to walk.

I’ve spent the last seven months in Argentina, marching with the Madres every Thursday, a firsthand witness to their ongoing force. They continue to march into their old age both to continue to seek a justice they feel has not been served and to keep the memories of their children alive by fighting for their ideals. I set out to make a document of these women and their resilience: a photo project that would record people like ex-detainee Miriam Lewin, head of the Asociación Madres Hebe de Bonafini; Abuela de Plaza de Mayo Elsa Pavon; and the last remaining founding member of the Madres, Mirta Baravalle.

Forty years have passed since the beginning of the military dictatorship in Argentina, and the Madres, of whom just a handful remain, most well into their 90s, are unrelenting. In torrential rain, and whether or not the Thursday falls on a national holiday like Christmas, the Madres are there. The oldest, Juanita, passed away just a few weeks ago, at age 104; she had been marching in the plaza just two weeks before her death. When I met with Mirta Baravalle, I told her how impressed I was that she works in the Madres’s office every day (when she’s not marching at the plaza) at age 100. She replied: “It feels like I started yesterday.”

*Alice Zoo is a documentary photographer based in London. Find her on Instagram: (3).*